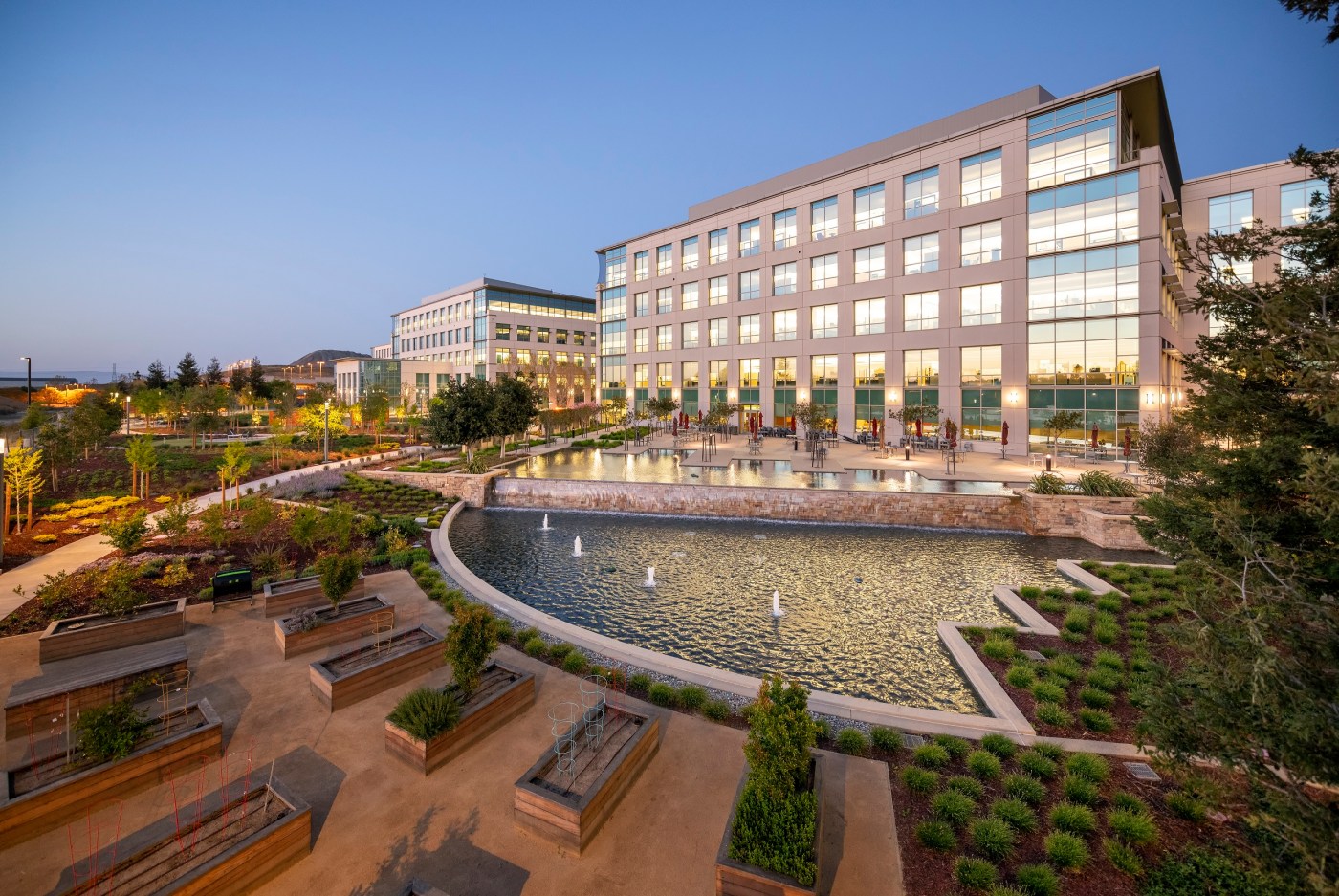 SUNNYVALE — A big tech campus in Sunnyvale that’s leased to the owner of the Facebook app has landed a major real estate buyer in a deal that represents a Silicon Valley success story.

Moffett Green, a campus on Crossman Avenue in northern Sunnyvale, has been purchased for more than $850 million, according to sources with knowledge of the transaction.

CommonWealth Partners bought the campus, which totals 719,000 square feet, from Tishman Speyer, according to the seller.

“This was a compelling investment for CommonWealth Partners, increasing our presence in this strategic, high growth submarket of Silicon Valley to more than a million square feet in the Moffett/Sunnyvale area,” said Brett Munger, chief executive with CommonWealth, a major real estate development and investment firm.

The deal represents a big upside for Tishman Speyer, which bought the campus in April 2021 for $365 million.

Just a few months later, Tishman landed Facebook app owner Meta Platforms as a tenant for the entire campus, a deal that was the largest office lease in Silicon Valley in 2021.

“Sunnyvale is a great success story,” said Rob Speyer, chief executive officer with Tishman Speyer. “We are pleased that CommonWealth Partners has agreed to buy the campus, now fully leased to Meta. The sale and the lease demonstrate that Silicon Valley remains a global center of innovation.”

The transaction suggests that plenty of investors and tech companies seek to invest and expand in Silicon Valley, despite claims in some circles that the economic hub is being undermined by a corporate exodus.

“This deal definitely shows the strength of the Silicon Valley market,” said Mahoney, an executive vice chairman with Newmark. “The value and resiliency of Silicon Valley is unmatched.”

Chicago Bears coach Matt Eberflus doubles down on his demand to players: ‘Get your track shoes ready’