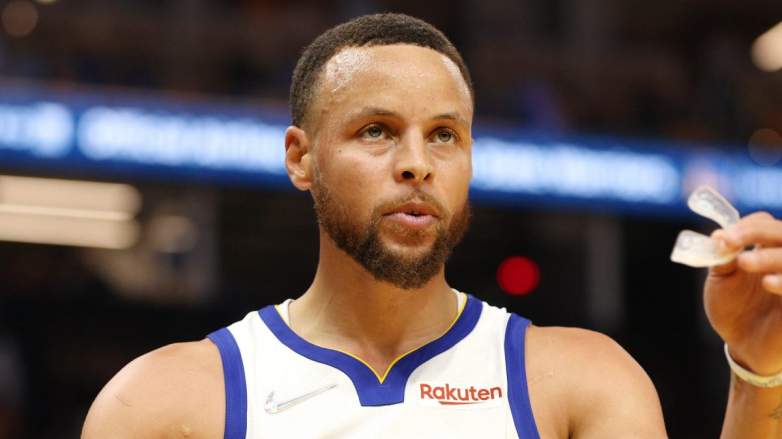 The Golden State Warriors lost Game 3 of the NBA Finals to the Boston Celtics Wednesday, falling behind 2-1 in the series. Unfortunately for the Dubs, that wasn’t the worst news of the night.

Two-time MVP Steph Curry produced another impressive performance, scoring 31 points on better than 50 percent shooting from behind the 3-point line and the field as a whole. But his performance was marred by an incident that occurred with a little more than four minutes remaining in the game’s final quarter.

Celtics forward Jayson Tatum took and missed a jump shot, after which a scrum ensued for the loose ball. Boston big man Al Horford got tangled up with Curry, falling on his leg. The Warriors point guard writhed on the floor in obvious pain, limping when he finally got to his feet.

Curry offered unsettling news about the injury during the postgame press conference, noting that he had re-aggravated the same foot sprain that knocked him out of the final 12 games of the regular season, which coincidentally also happened during a contest with the Celtics.

“I’ll be alright. I got caught underneath Al [Horford]. Obviously there’ll be some pain but I’ll be alright. Figure out how it feels tomorrow and get ready for Friday,” Curry said.

“Same thing I did … against Boston in the regular season, but not as bad. That’s what it felt like,” he continued. “I’ll see how it responds. Not much other to say, but I don’t feel like I’ll miss a game, though. So take advantage of these next 48 hours and get ready.”

GettyPoint guard Stephen Curry of the Golden State Warriors in the NBA Finals against the Boston Celtics.

Anthony Slater of The Athletic, who attended the postgame interviews in person, described Curry’s physical condition following the press conference.

Light limp, ginger pace and some grimacing from Steph Curry as he exits the podium and walks out of the arena in Boston near 1 a.m. local. Game 4 in about 44 hours. How his foot sprain responds will dictate state of this series for teetering Warriors.

A bull market means that stocks are rising, but it pays to understand how it works before you charge