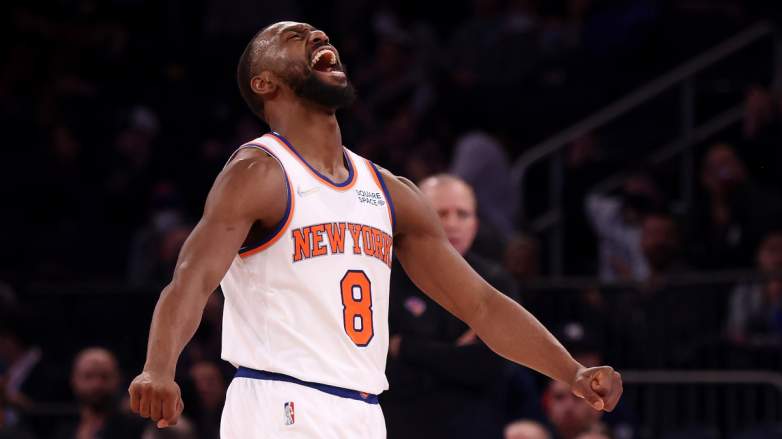 The New York Knicks will spend part of this offseason trying to find a new home for point guard Kemba Walker.

He was brought in last year on a two-year deal to man the point guard position, something that has long been an area of need for the Knicks for decades now, but he wasn’t the answer.

Things got so bad for him that coach Tom Thibodeau eventually removed him from the rotation entirely and the rest is history. The Knicks said they would find a trade partner for him, and this summer is the best time for that.

An NBA GM speaking to Heavy.com’s Sean Deveney says the Clippers are going to be a candidate to trade for Walker.

There are plenty of teams around the league who could use the services of Walker, especially if he comes on as a backup.

An anonymous GM says the Clippers and Mavericks would be good fits, but Los Angeles might end up being the more realistic option.

“I would put the Clippers down as a lock to be willing to take him into their trade exception from the (Serge) Ibaka deal if the Knicks can’t find anything for him,” said the GM. “The Mavericks might be willing to do something similar, but the Clippers are really hurting for a backup point guard and it feels like he is going to be the fit there.”

What’s interesting about this situation is they are hanging onto Walker on a low-cost deal, so they could decide to ride it out and wait for the perfect offer. The point guard will enter the next season with a $9.1 million salary, so it’s a far cry from the Heat sitting Duncan Robinson who signed a five-year, $90 million deal.

“If you are the Knicks, of course, you want to hang onto him and see if you can put him into another deal, package him with Obi (Toppin) or someone to match salaries,” continued the GM. “So the Knicks won’t be desperate for a deal out of the gate. But they will have some things in their back pockets where they know they can move him on if they can’t use him to bring in someone else.”

Is LA a Good Fit?

Elon Musk said he voted for Biden. Now, he calls him a ‘damp sock puppet’ and plans to vote Republican after the two have feuded for months

2022 NHL playoff schedule: Results, dates, times and TV info for all the games