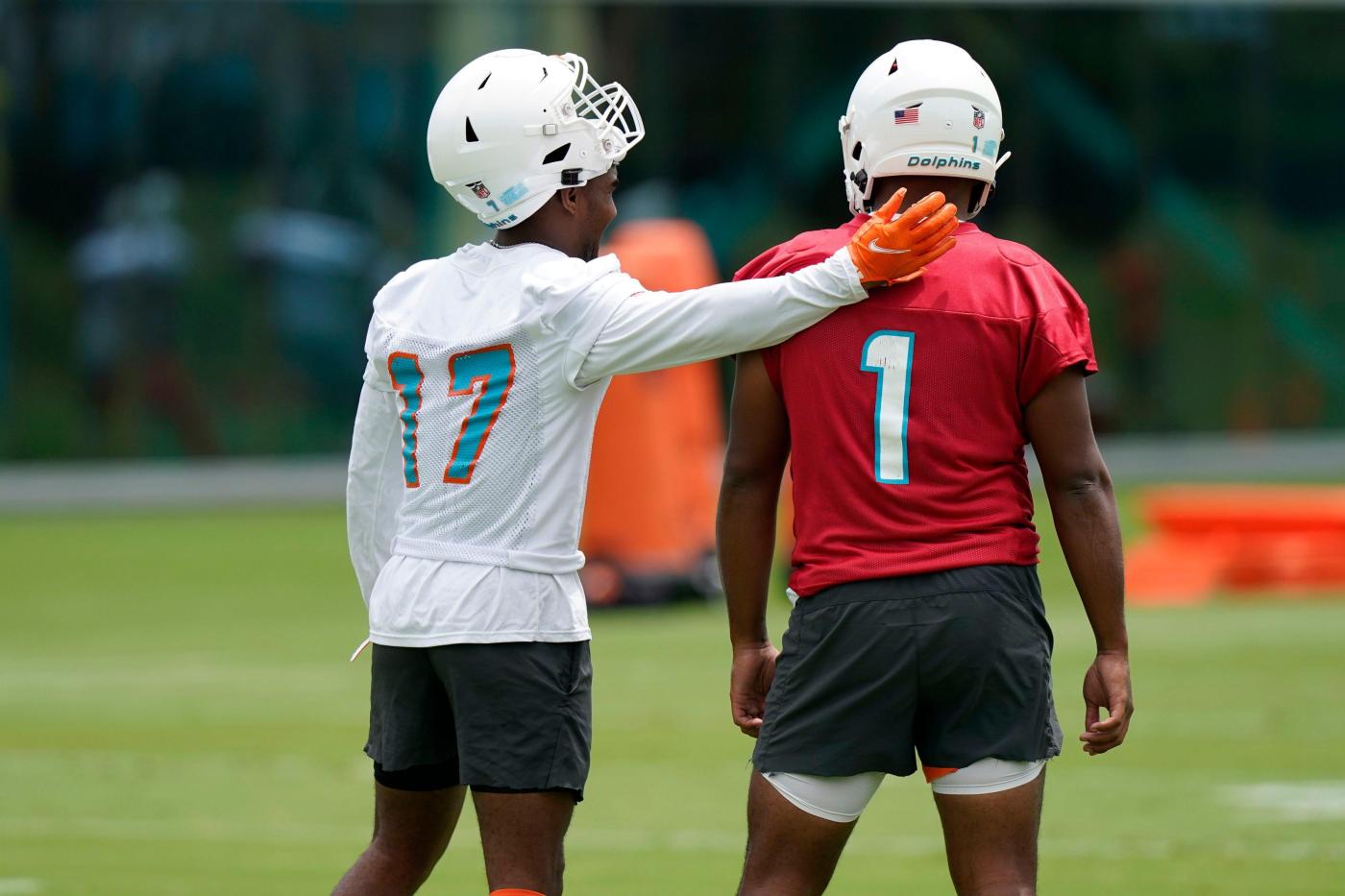 Not only are Tyreek Hill and Jaylen Waddle expected to be two of Tua Tagovailoa’s top playmakers, but the Miami Dolphins receivers are also serving as the quarterback’s biggest advocates.

During the latest episode of Hill’s It Needed to be Said podcast that featured Waddle, the Dolphins receivers talked about the improves they’ve seen from Tagovailoa, who was the fifth overall pick in the 2020 NFL draft.

When asked to compare Tagovailoa from the 2021 season, where he produced a 90.1 passer rating after completing 67.8 percent of his passes, throwing for 2,653 yards with 16 touchdowns in the 13 games he played, to the quarterback Miami saw during the offseason work in coach Mike McDaniel’s new offense, Waddle downplayed what Hill believes is a substantial difference.

“They know what Tua is capable of for real,” said Hill, a three-time Pro Bowler who the Dolphins traded a treasure chest of draft picks to acquire from the Kansas City Chiefs this offseason and gave a contract extension that averages $30 million a season.

“That boy looks scary right now,” Waddle said about Tagovailoa, who helped him set a NFL record for most receptions (104) by a rookie last season. “I’m not going to sugarcoat it. It’s him. He’s been that guy since Alabama.

“He’s going to come in consistent accurate, make the throws he’s supposed to do, show out and be a leader. … I been seeing that,” said Waddle, who turned those 104 receptions in 1,015 yards and seven touchdowns last season. “I’m going to be happier when everyone else gets to see what I already know.”

Los Angeles Chargers quarterback Justin Herbert, who was taken one pick after Tagovailoa in the 2020 draft, has a 15-17 regular-season record.

Jalen Hurts has a 9-10 record from his time as the Philadelphia Eagles starter past two seasons. But Hurts led the Eagles to the playoffs last season.

Jordan Love, a 2020 first-round pick, serves as Aaron Rodgers’ backup in Green Bay. He has a 0-1 record from his one start with the Packers.

Cincinnati’s Joe Burrow, who was the first pick in the 2020 draft, owns …read more

Dolphins playmakers acknowledge this is a critical season for Tua Tagovailoa

Officers charged in connection with Breonna Taylor’s death met in a garage and agreed to tell investigators a ‘false story,’ feds say