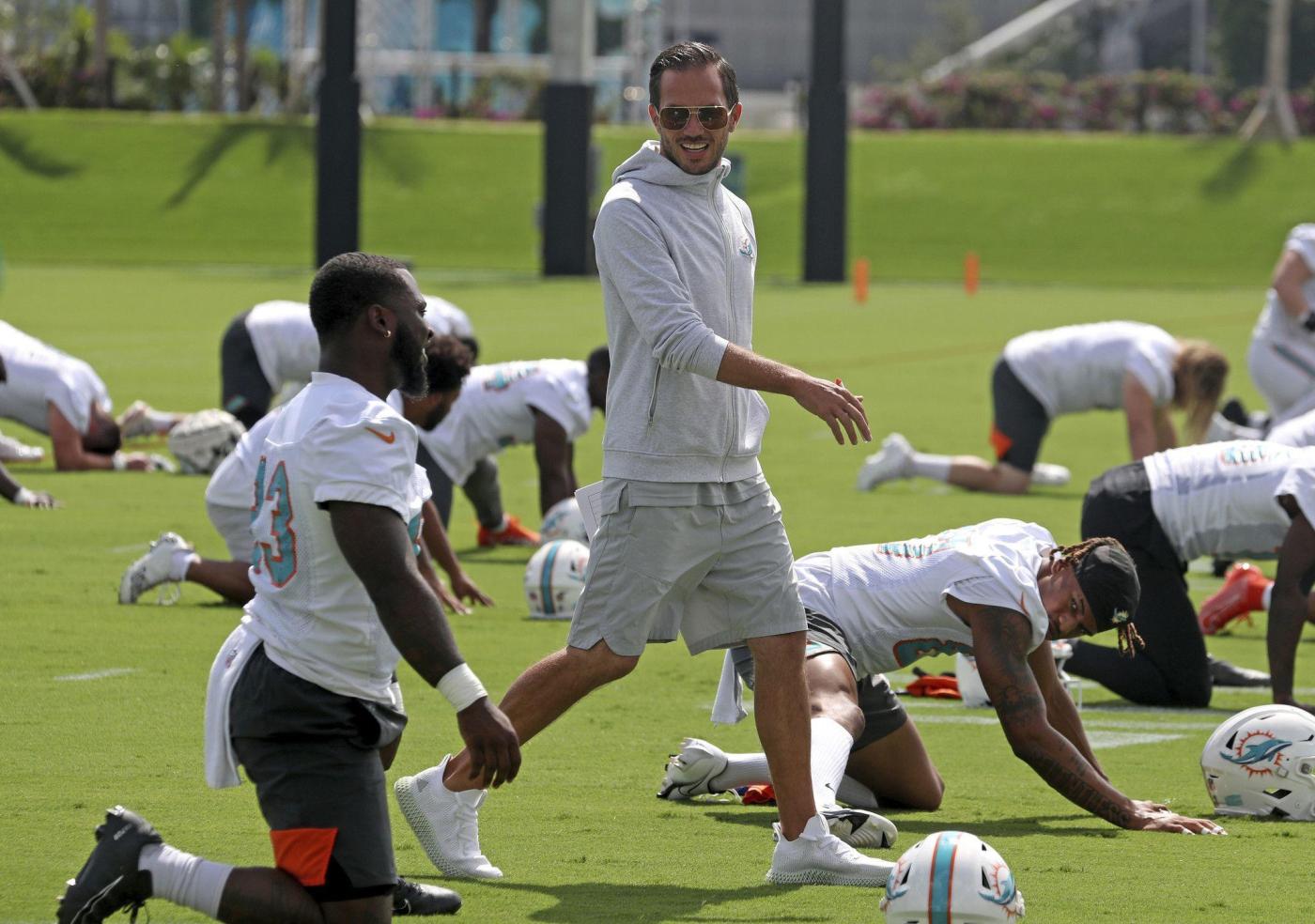 With the 2022 NFL season fast approaching, the South Florida Sun Sentinel takes a look at 10 storylines to watch for in a 10-part series ahead of the Miami Dolphins’ first day of training camp, which is set for July 27.

Bringing in Mike McDaniel as the Miami Dolphins’ new head coach this offseason was a 180-degree turnaround from the personality of his predecessor, Brian Flores.

Time will tell if it leads to the franchise taking the next step in reaching the playoffs for the first time since the 2016 season and maybe winning a postseason game for the first time since the 2000 season. After all, Flores did seem to get the most out of his teams, leading the Dolphins to back-to-back winning seasons and, before that, squeezing five wins out of a 2019 roster designed to tank — although maybe he and the franchise weren’t on the same page there. That’s a topic for another day.

McDaniel has come into his first head coaching gig with a clear intent to empower players and instill confidence in them. Nowhere is that more evident than in the approach he has incorporated with quarterback Tua Tagovailoa.

Everything McDaniel, his coaching staff and players have said publicly about Tagovailoa throughout the offseason has been ultra-positive. Offensive coordinator Frank Smith and quarterbacks coach Darrell Bevell have followed suit with McDaniel, stating they feel Tagovailoa can make all the throws required of him. The biggest outside criticism of Tagovailoa, of course, is that his arm strength limits his ability to throw downfield and squeeze intermediate sideline passes into tight windows.

The Dolphins’ prized offseason acquisition, star wide receiver Tyreek Hill, has led the player charge in fulfilling McDaniel’s wishes of backing up Tagovailoa. Hill has deemed Tagovailoa’s passes pretty, and has gone as far as calling him a more accurate passer than his previous quarterback in Kansas City, Patrick Mahomes, who has maybe been the best in the game in the time they played together.

Hill made those comments that drew a lot of national media backlash on his new podcast that he unveiled this offseason. His voice on this new outlet for him is representative of McDaniel’s first message to Hill upon his arrival in Miami: “Just be you.”

Build more houses! Use less water! California, can you have it both ways?

The life and career of Bernard Arnault, the luxury-goods mogul who owns brands like Louis Vuitton — and whose wealth is surpassed only by Jeff Bezos and Elon Musk