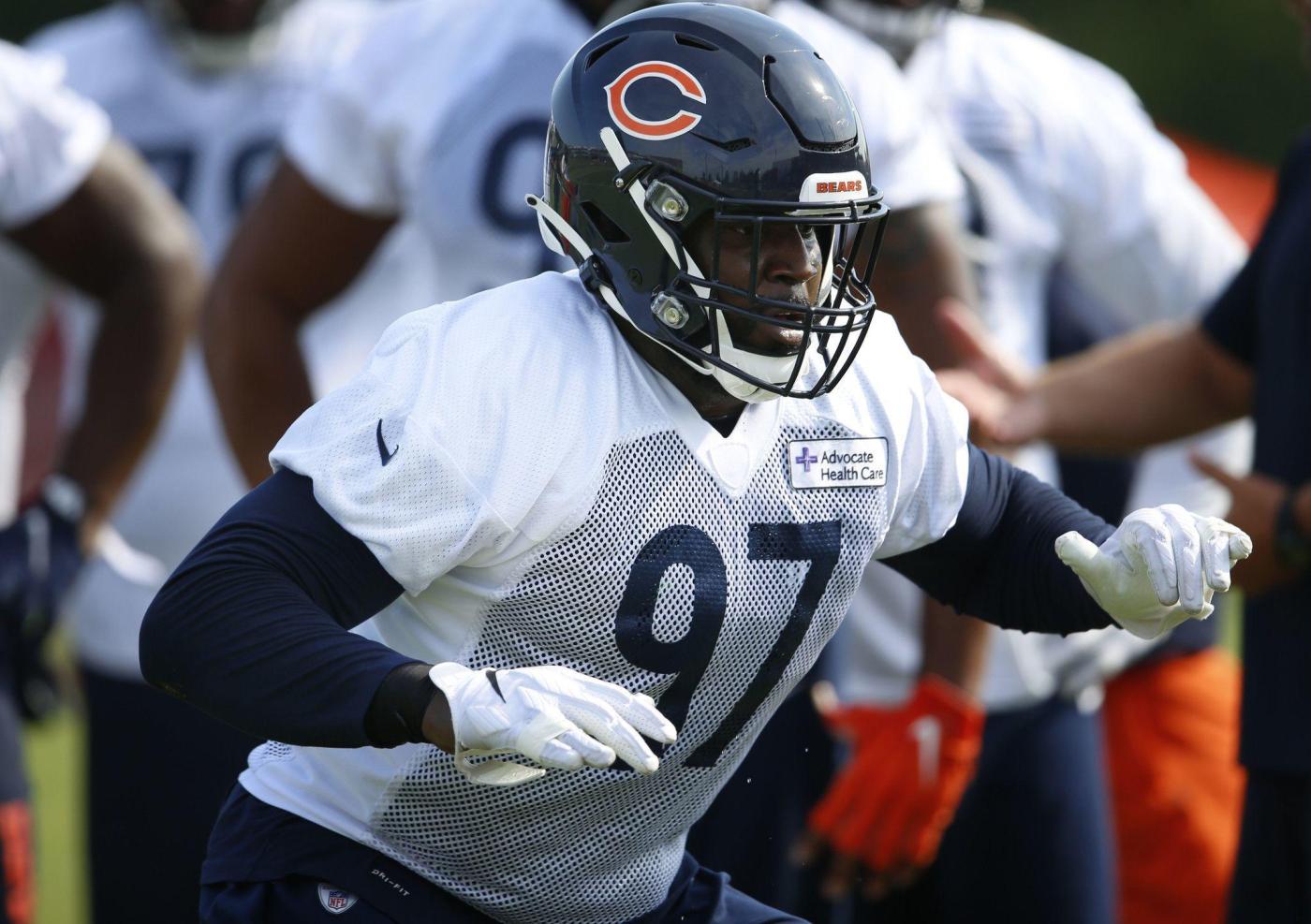 On Oct. 14, Joann Blakney filed a civil complaint that accused Edwards of assault, battery and intentional infliction of emotional distress and the Bears of negligent supervision and defamation relating to an altercation at a Charlotte, N.C., hotel on Oct. 17, 2020.

The Bears filed a motion to dismiss their case, but Blakney withdrew her complaint before the team’s motion was to be heard in court this month. A Bears source said the team did not attempt to reach a settlement with Blakney. Edwards also did not attempt to settle, according to his agent, Peter Schaffer.

Criminal charges against both Edwards and Blakney from the October 2020 incident are still pending, according to the Mecklenburg County district attorney’s office.

Blakney’s attorney, Arcangela Mazzariello, said in an email she plans to refile the civil complaint after dealing with her client’s criminal charge of misdemeanor simple assault. Mazzariello said the criminal case is on the court docket this week.

Edwards faces a criminal charge of misdemeanor assault on a female, but the summons has not been served because he has not returned to North Carolina.

The incident happened the night before the Bears played the Carolina Panthers in October 2020.

Blakney alleged in the complaint that shortly after the incident Bears employees asked if she wanted or needed money, brought Edwards to her despite her wishes and falsely said publicly she was a prostitute.

A police report obtained by the Tribune listed Edwards and a 28-year-old woman as victims and said officers were responding to a report of “a female hitting a male with her hand and scratching his forehead.” The report stated that Blakney went to the hospital for her injuries, which were listed as “bruises/scratches.” She said in …read more

Kyler Murray ‘homework’ clause an embarrassment for Arizona Cardinals, even after its removal