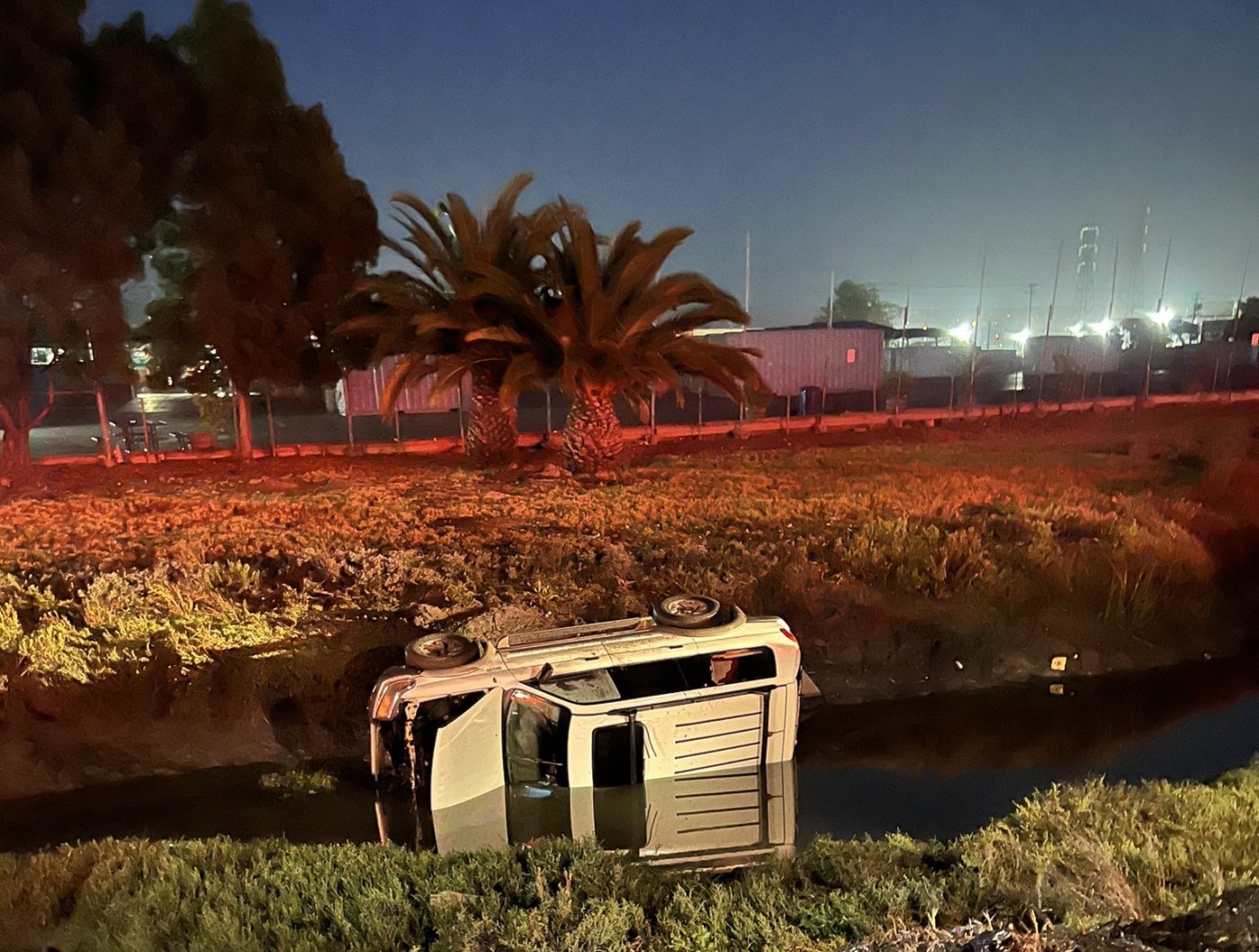 Around 8:50 p.m., California Highway Patrol officers received a report of a vehicle collision involving a white SUV off northbound I-880 lanes south of the High Street off-ramp.

Officers arrived at the scene to find the SUV about 60 feet off the roadway and 20 feet down an embankment.

Oakland Fire Department firefighters aboard two engines responded within minutes,  reaching the SUV and contacting the driver, who was conscious.

The SUV’s driver side was submerged in about three feet of water, but firefighters managed to get him out through another door and onto nearby dry ground.

He was treated and taken to a hospital, Oakland Fire Department spokesman Michael Hunt said.

The CHP’s Oakland office is investigating the incident. Anyone with information may call 510-957-8247.

Tonight E27 & E29 worked together to rescue a driver in his fifties whose vehicle drove off Northbound I-880 b/w 66th Ave & High St. The drivers side was submerged but crews were able to extricate him, treat him & coordinate transport to local hospital. CHP is investigating. pic.twitter.com/V4UcrIq1Ip

Ask Amy: This photo has me rethinking the mysterious end of our friendship