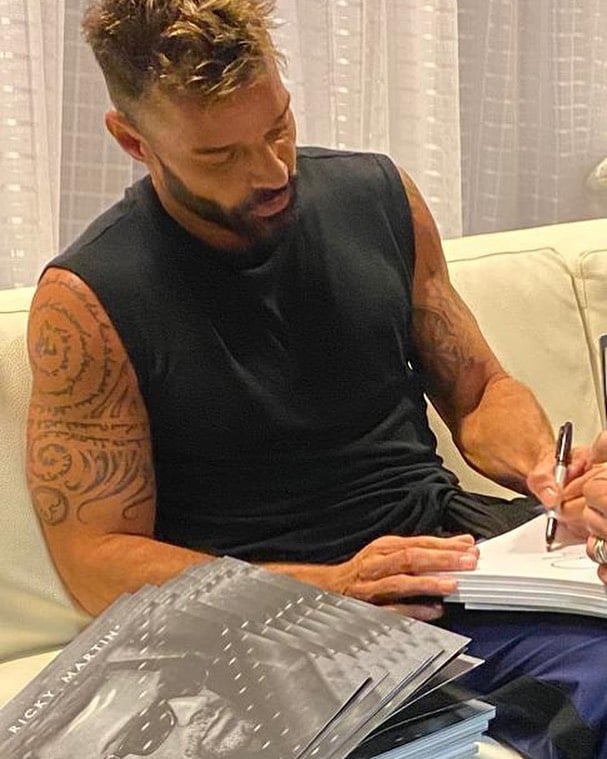 He quickly moved from implying that the claims are false to categorically denying them.

“Ricky Martin has, of course, never been — and would never be — involved,” Singer began.

He continued: “in any kind of sexual or romantic relationship with his nephew,” Marty Singer.

“The idea is not only untrue, it is disgusting,” Singer added.

“We all hope that this man gets the help he so urgently needs,” he stated.

Singer concluded: “But, most of all, we look forward to this awful case being dismissed as soon as a judge gets to look at the facts.”

It is certainly possible that a swift revue of the facts will exonerate Martin … or not.

The simplest thing would be for the court to determine that certain statements by Sanchez are untrue.

Is there evidence of Martin lurking around Sanchez’s home? How about of their relationship?

Proving a negative in court is challenging at best, but a combination of alibis and lack of evidence would go a long way.

On the other hand, if there are eyewitnesses to Martin stalking Sanchez, or if he can prove a relationship … that’s different.

In fact, in the public eye, the relationship on its own would be bad enough, even if whatever charges Martin is facing don’t pan out.

Ever see a piece of news and just hate every aspect of it? This is one of those times.

Last week, the world heard that it was Martin’s 21-year-old nephew who placed the domestic violence protective order.

He accuses his uncle of abuse — and of incest. Now, Martin has issued a response.

To start at the beginning, Puerto Rican authorities issued a restraining order against Martin on July 2.

The undisclosed petitioner claimed that Martin had not accepted the terms of an alleged breakup.

The petitioner accused Martin of loitering around his residence and calling him frequently.

Ricky Martin is engaged! He tells Ellen DeGeneres in this photo that he popped the question to Jwan Yosef.

According to police, the petitioner did not file a police report — moving directly to obtain a court order of protection.

It is unclear if this will impact the case, as it appears that there are now charges in play.

This put an already worrisome piece of news into an alarming new light, because he is Martin’s nephew.

The singer adopted twins Valentino and Matteo in August of 2008.

Obviously, the allegation that Ricky Martin stalked an ex is already bad.

A claim that he was in a relationship with his 21-year-old nephew and then stalked him after a breakup is worse.

The horrors of intergenerational incest and the sensational elements of it aside, this could have very real consequences.

Martin could potentially face as much as 50 years behind bars — if these charges lead to a conviction.

That said, we still do not know what charges Martin is actually facing. Much remains unclear.

Marty Singer, a high-profile attorney who is representing Ricky Martin, spoke to various outlets, including People.

“Unfortunately, the person who made this claim is struggling with deep mental health challenges,” Singer alleged.

Many people do, but the implication in this case is that the claims are untrue.

He quickly moved from implying that the claims are false to categorically denying them.

“Ricky Martin has, of course, never been — and would never be — involved,” Singer began.

He continued: “in any kind of …read more

This Twisty TV Thriller Puts Gaslighting Under The Lens