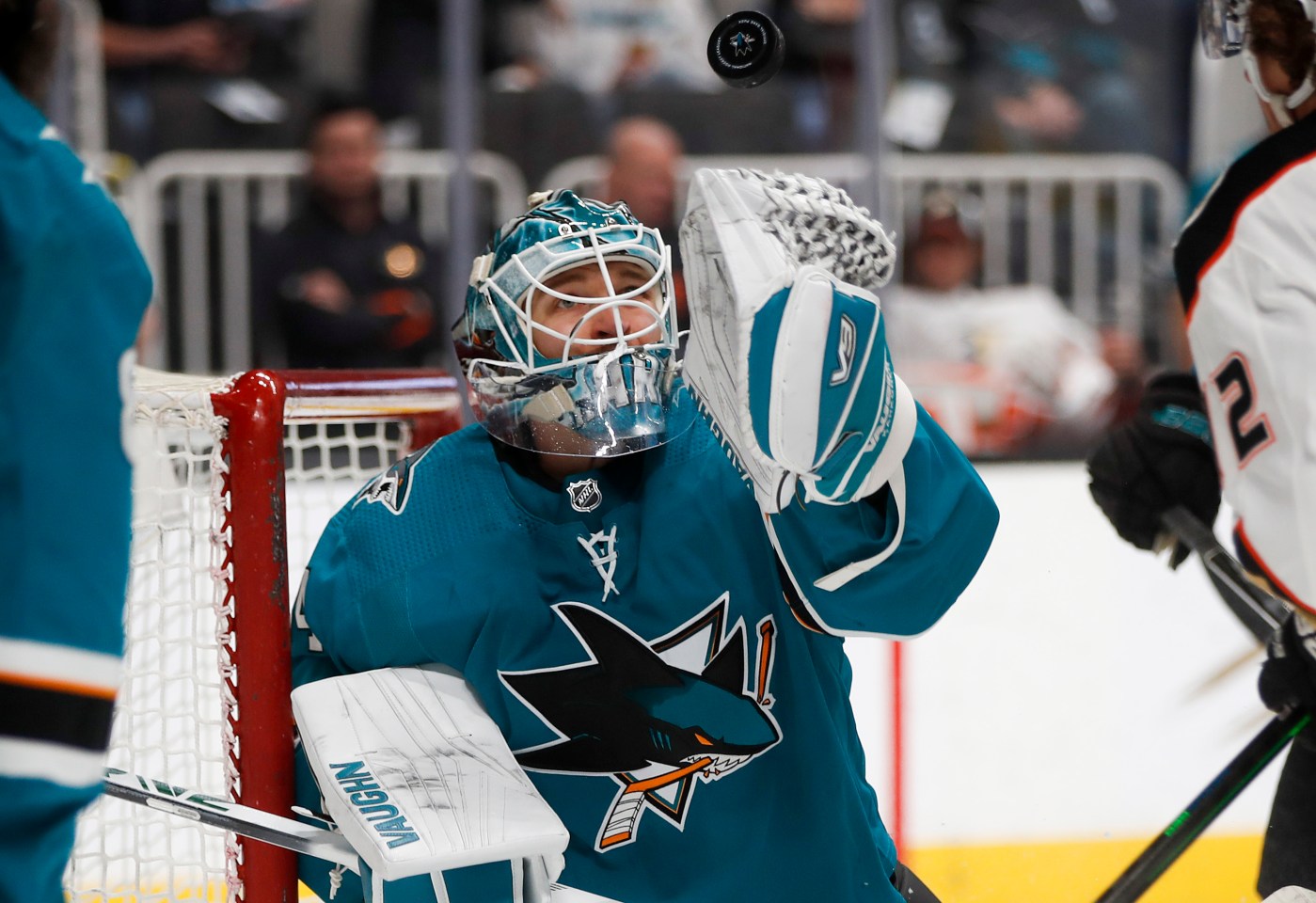 The San Jose Sharks have re-signed goalie Kaapo Kahkonen to a two-year, $5.5 million deal, and now officially have three NHL goalies under contract for next season.

Per a source, Kahkonen will earn $2.6 million this upcoming year and $2.9 million in 2023-24, giving the deal an average annual value of $2.75 million, making him the Sharks’ highest paid goalie.

Kahkonen was acquired by the Sharks from the Minnesota Wild for defenseman Jake Middleton at the trade deadline in March. Kahkonen appeared in 11 games for San Jose and had a 2-6-1 record, a 2.86 goals against average and a .916 save percentage.

“Kaapo has shown potential to be a number one goaltender in the NHL, and impressed us when he joined our team in the last part of the season,” Sharks general manager Mike Grier said in a statement. “We are excited to have him with us.”

The Sharks also have James Reimer and Adin Hill, who have cap hits of $2.25 million and $2.175 million, respectively, for next season. Grier has said that he’s comfortable keeping three goalies for the start of next season.

Please check back for updates to this story.