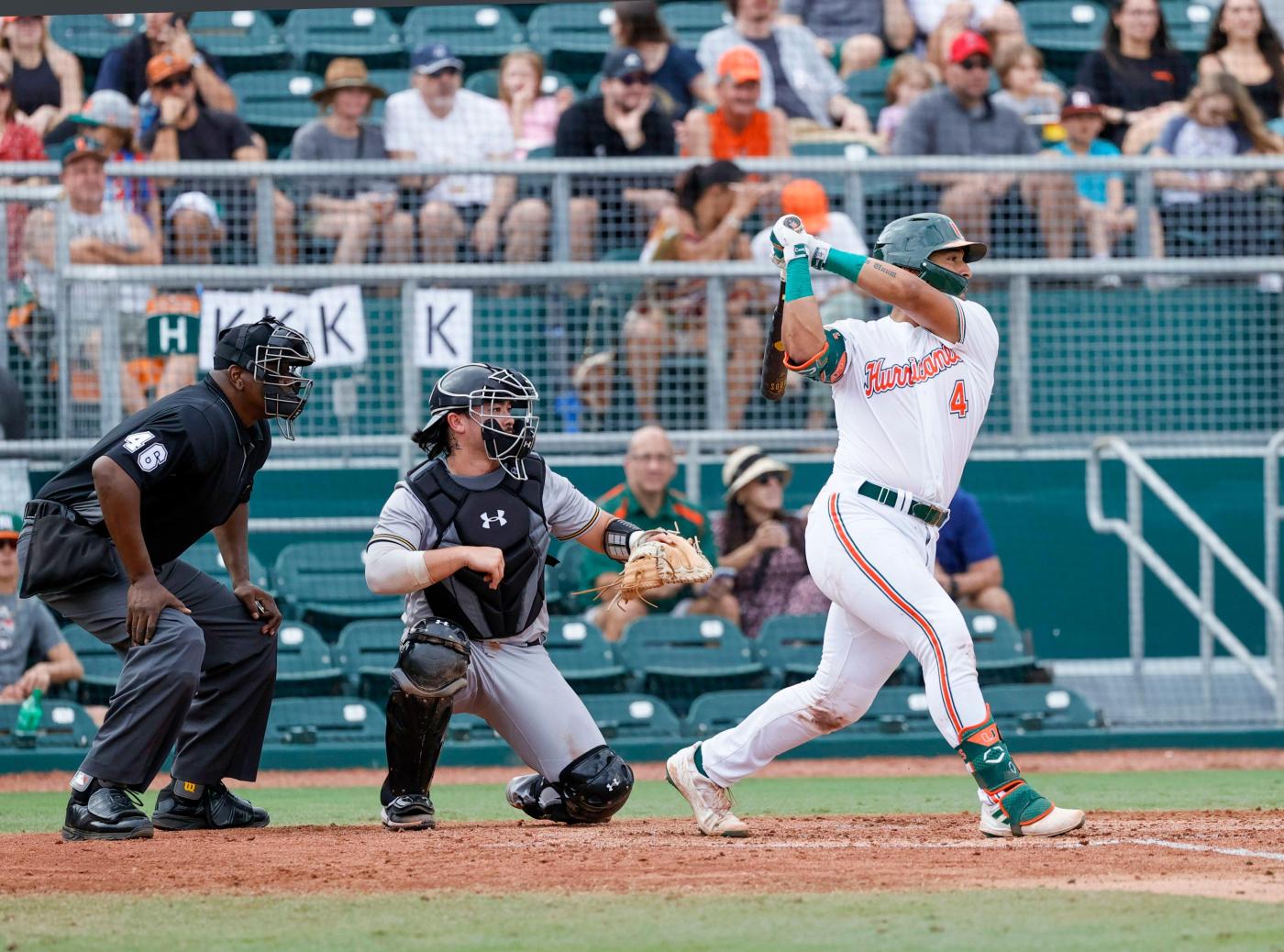 After two Hurricanes pitchers were selected earlier in the draft, their battery-mate was drafted a little later.

The Washington Nationals selected catcher Maxwell Romero Jr. in the ninth round with the 261st pick in the draft on Monday. He follows teammates Carson Palmquist and Alex McFarlane, who were picked in the third and fourth rounds, respectively.

The 261st pick has an assigned value of $165,600, according to MLB.com. Teams can sign players for more or less than the pick’s assigned value.

Romero, a Pembroke Pines Charter alumnus, played only one season in Coral Gables after transferring from Vanderbilt. His one year with the Hurricanes was successful, as he hit .272 with a .378 on-base percentage and a .507 slugging percentage. He hit 12 home runs and had 54 RBIs.

The Cincinnati Reds previously drafted Romero in the 38th round of the 2019 draft. He was a Sun Sentinel All-County first-team selection in his senior year of high school.

Peta Murgatroyd Opens Up About ‘Horror Stories’ of IVF

England vs Sweden Women’s Euros Live Stream: How to Watch