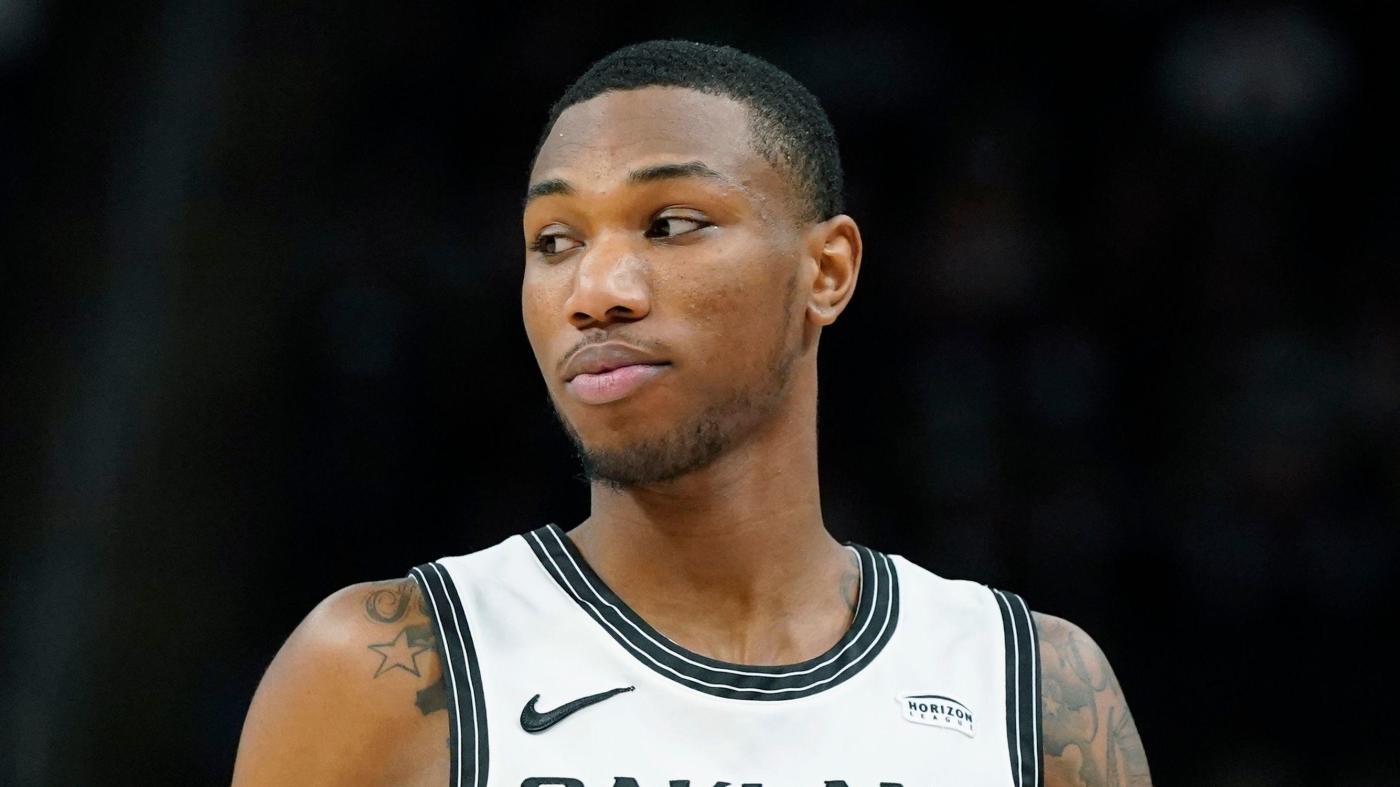 Having previously received recent unexpected value from an undrafted prospect out of Oakland University, the Miami Heat have moved in that direction again.

The Heat on Friday signed guard Jamal Cain to an Exhibit 10 contract, which will allow the summer-league prospect to attend training camp and then potentially receive a small guarantee if he moves on to the team’s G League affiliate, the Sioux Falls Skyforce.

Cain went undrafted out of Oakland University last month, agreeing to play in summer league for the Heat shortly thereafter. He follows in the footsteps of former Oakland guard Kendrick Nunn, who thrived as a Heat rookie in 2019-20 after going undrafted in 2018 out of the Detroit-area school.

“It raised my confidence to a whole different level,” Cain said of following in the path of Nunn. “And I actually talked to Kendrick, as well, just about like how it is and what I need to do in order to be successful here. And he told me a lot; he helped me a lot.”

The move with Cain was made ahead of Friday night’s 88-78 loss to the Toronto Raptors on the UNLV campus at the NBA Las Vegas Summer League, with Cain closing with six points and five rebounds.

The Heat complete their summer-league schedule with an 11 p.m. Eastern game Saturday against the Los Angeles Clippers.

Cain, 23 played four seasons at Marquette before finishing his college eligibility at Oakland.

He then went for eight points and five rebounds in the Heat’s summer-league opener on July 2 against the Los Angeles Lakers at the California Classic, only to then be sidelined by COVID, forced to quarantine at a San Francisco hotel.

“You talk about unfortunate,” said Heat assistant coach Malik Allen, who is guiding the Heat summer roster. “He was like one of the lone bright spots in our Lakers game. And that night, he’s not feeling good. Then he finds out he had COVID.”

“To start off, those six days were probably the longest six days I think I’d ever experienced,” Cain said. “Finding out I had COVID was like heartbreaking for me, because I was just so excited to be out here and hoop with these guys. But things happen. You got to deal with it. You got to find a way to get better from it.”

Heat hoping they have their Kendrick Nunn 2.0, fall to 88-78 Raptors in Vegas summer league