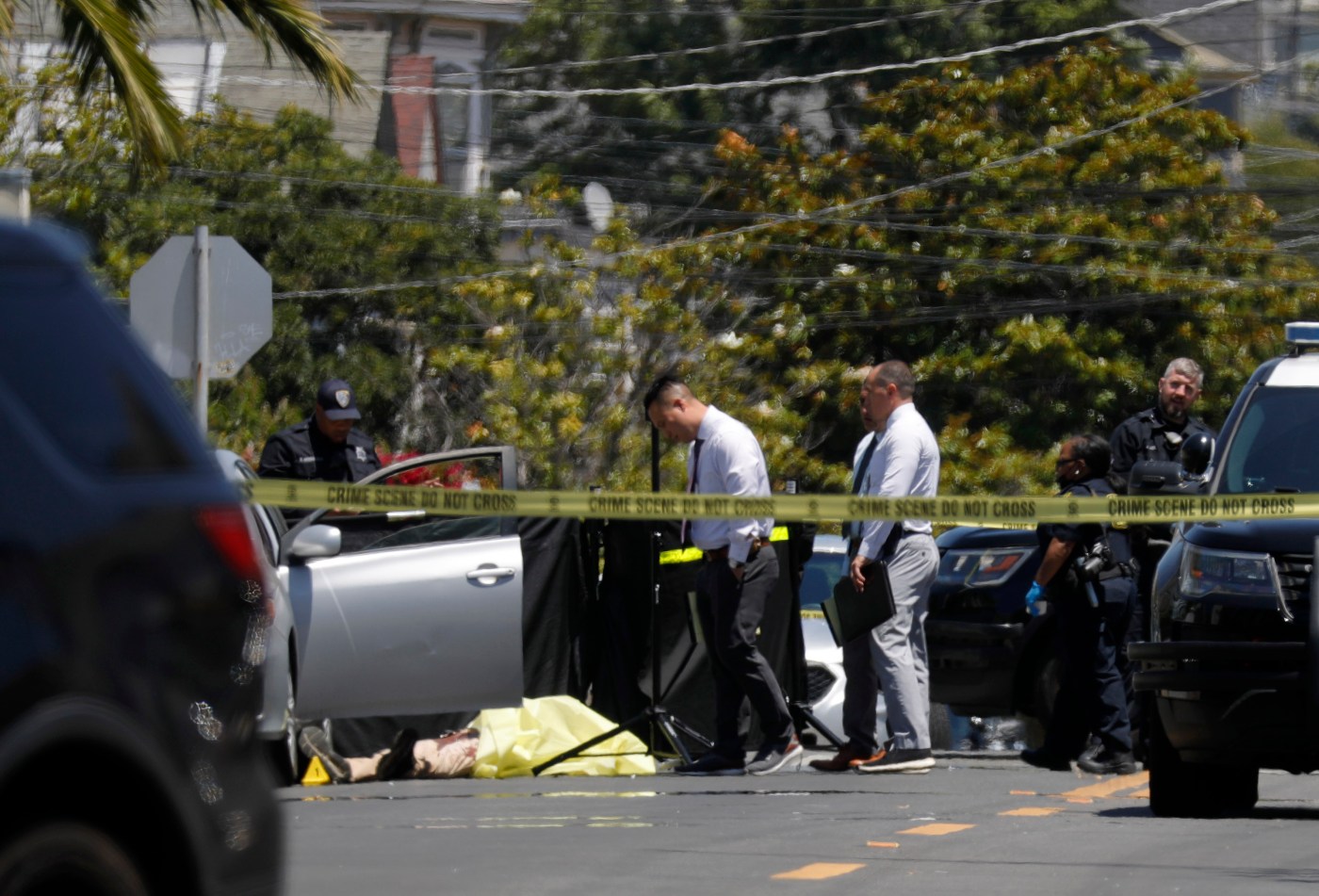 A man fatally shot Sunday morning just outside Oakland’s Little Saigon neighborhood was working as a ridesharing driver when two assailants tried to rob or carjack him before gunning him down just feet from his car, Oakland police said Monday.

Kon Fung, 52, of Oakland, was killed just after 11 a.m. near 13th Avenue and East 21st Street, according to the Oakland Police Department. His death, the city’s 63rd homicide this year, was among three killings over the weekend in Oakland — a tally that Oakland Police Chief LeRonne Armstrong lamented as “tragic.” He vowed to shift resources to the nearly Little Saigon neighborhood in an attempt to cut down on crime there.

“We are troubled by the brazen act of violence that occurred here,” Armstrong said, during a news conference at the location where Fung was shot. “Our community is suffering.”

Fung was working when two men approached him and either tried to rob him of his belongings or take his car by force, Armstrong said. He was then shot and left to die while the assailants fled. He was pronounced dead at the scene.

Fung was one of three people killed in a 60-hour span in the city. On Friday night, a 52-year-old man was fatally shot after getting into an argument with another person he knew at the Lake District Apartments at Harrison and 15th streets. Another man was fatally shot at about 5:30 a.m. Monday in the 10400 block of Pippin Street — a killing that brought the city’s homicide tally to 64 for the year.

At this point in 2021, Oakland police had investigated 73 homicides. The California Highway Patrol has also investigated four homicides on Oakland freeways.

The killing on 13th Avenue has sent shockwaves through the surrounding community. The police beat that includes the Little Saigon neighborhood, which is a few blocks to the west and stretches from 2nd Avenue to 14th Avenue, has become the most violent neighborhood in the city, Armstrong said Monday, prompting him to begin flooding the area with more officers in the coming weeks. However, the department did not immediately provide crime stats for that police beat. Police do not believe that Fung was targeted because he was Asian American.

Nolan Wong, owner of International Coin at 9th Avenue and International Boulevard, said he and fellow business owners in the area say they hear of crimes nearby almost daily.

“Every single day, there’s something,” Wong said, after …read more

‘Our community is suffering’: Ridesharing driver gunned down in Oakland