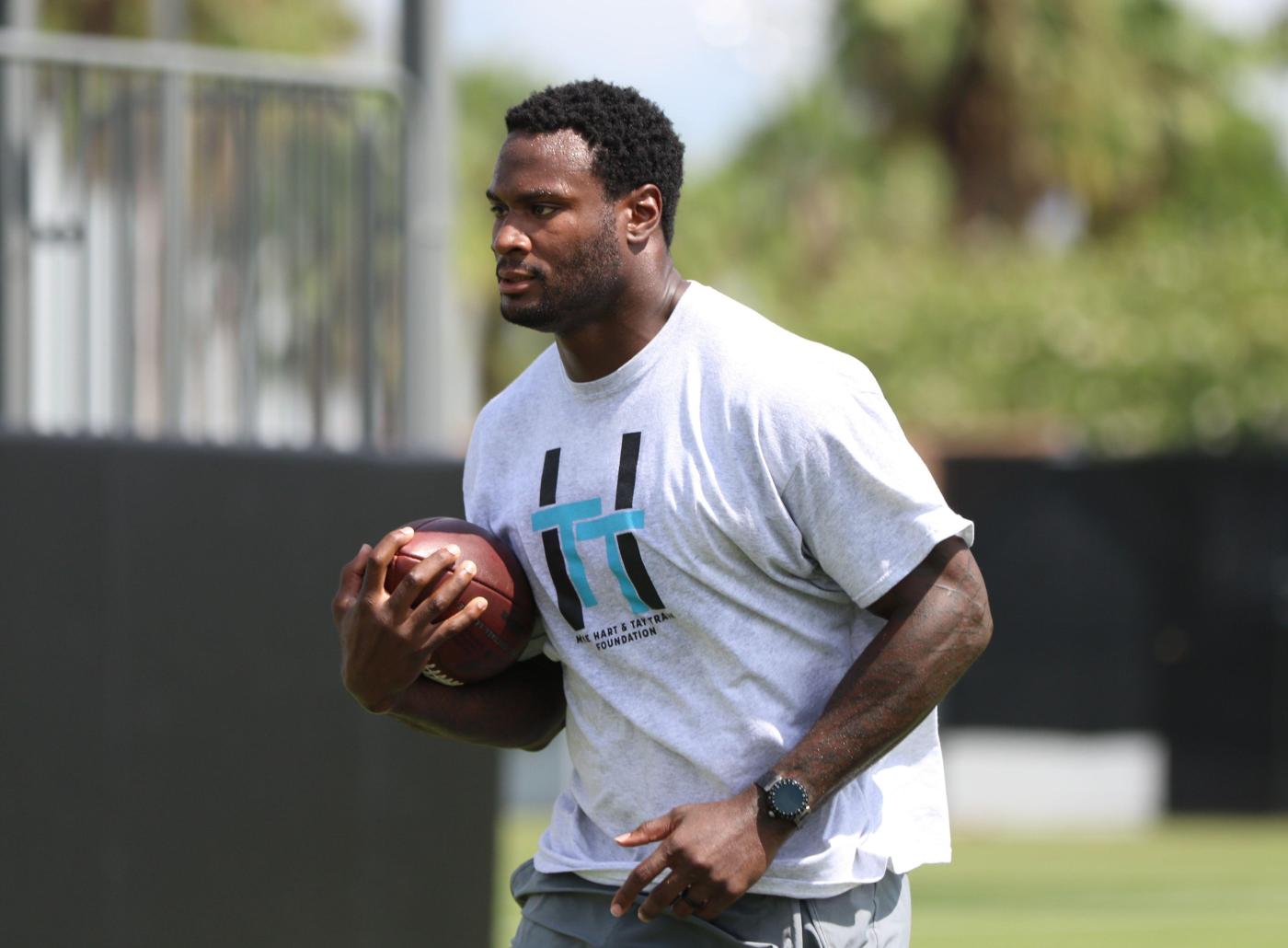 Entering Year 10 of his professional football career, former UCF running back Latavius Murray has a message for the NFL.

Murray has spent the summer working out at UCF with other current NFL players such as Green Bay Packers receiver Sammy Watkins, Tre’Quan Smith of the New Orleans Saints and Buffalo Bills wideout Gabriel Davis.

Murray appreciates UCF coach Gus Malzahn allowing him to train at his old school, where he played from 2008-12 alongside former Knights Davis and Smith.

“Gus has made it known that he wants us back and it’s an open-door policy,” Murray said. “For the former players to be able to have a place to train and workout and be around some of the players that are here now, it’s a cool situation.”

The group of pro athletes have trained under Bert Whigham, who works closely with Davis and other NFL players.

Murray, who spent last season with the Baltimore Ravens on a one-year deal, said this offseason has been unlike others. With NFL training camps around the league starting this week, it’s the longest Murray has gone as a free agent.

“I’ve been trying to learn to appreciate the time that I have home with my family and appreciate not having the demands of OTAs and minicamp,” he said. “Just making sure I’m ready when the time comes.”

“Once training camps starts up, there’ll be a lot of moves being made,” he said. “The unfortunate part of the business is there’ll be injuries.”

“So, who knows how the rosters end up shaking up. We know the game.”

During his nine years in the league, Murray has become a durable running back. Outside of an ankle injury that kept him sidelined for his rookie season, he’s only missed six games in the following eight seasons.

He leads all NFL running backs with 107 games played since 2015, according to CBS Sports. No other running back has played more than 100 games in that span.

Murray said he’s grown a lot mentally and physically since his college days in Orlando.

“I’ve always felt in my career that I could continue to be better and find ways to be better,” he said. “I’ve done that over the years. That’s what I’ve …read more