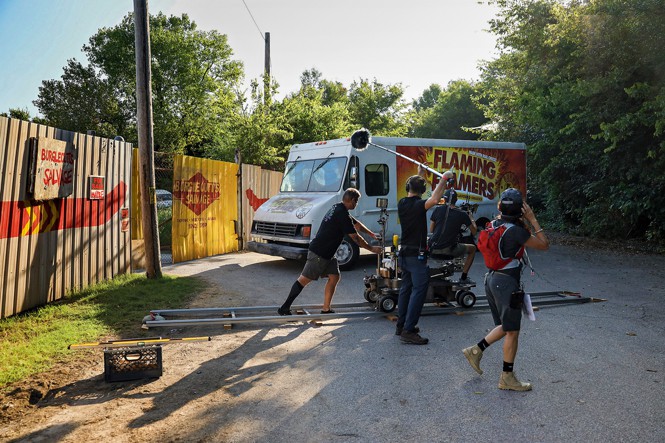 So this one time some rez kids messed up my car. It was my first “real” car. I’d had a ’67 Catalina that started about half the time, and went off the road the other half because the tires were worn down to nubs. And then I’d had a ’79 Thunderbird that everyone called the “Thunderchicken” because it had a broken door and one of the eight cylinders didn’t work. This new car was sensible: a 1993 Honda Accord done up in pale blue.

It was 1994. I was driving from Bemidji, Minnesota, back to my house, on the edge of the Leech Lake Reservation. I’d dropped out of grad school the year before and come back home. It was the right thing to do, the only thing: I’d moved away when I was 17, and now I was 23 and I felt disconnected, adrift on American seas, invisible in a way only Native people can understand.

Anyway, it was a good night. My brother and a buddy and I had gone to the movie theater to see Speed. We were headed home and had turned onto Lake Avenue and suddenly—pop-pop-pop—my car was under attack. And I just knew it was those Metallica-T-shirt and nunchuck kids from nearby throwing rocks at my ride. That’s where they hung out, on the south side of town. I slammed on the brakes and said, “Let’s get ’em.”

It had to be Cheyenne and Charlie and Robbie and Davey and Ogema. Some of these kids were brothers—like, actual brothers—but they were all related in that Indian way. I got out of the car and walked through a cornfield to surprise them. The corn was high and waxy, and the leaves looked wet under the sodium lamps. I heard them whispering. They’re by the road. Naw, dog, I can hear them. Yeah, that’s them. And then … Oh shit! I saw them: bushy hair, baggy jeans, skater-punk tees. They turned to run just as I jumped out of the corn. I think they actually screamed.

How Sterlin Harjo Exploded the Myths of Native American LIfe

“Relief for the world” as Ukraine grain ship leaves Odesa