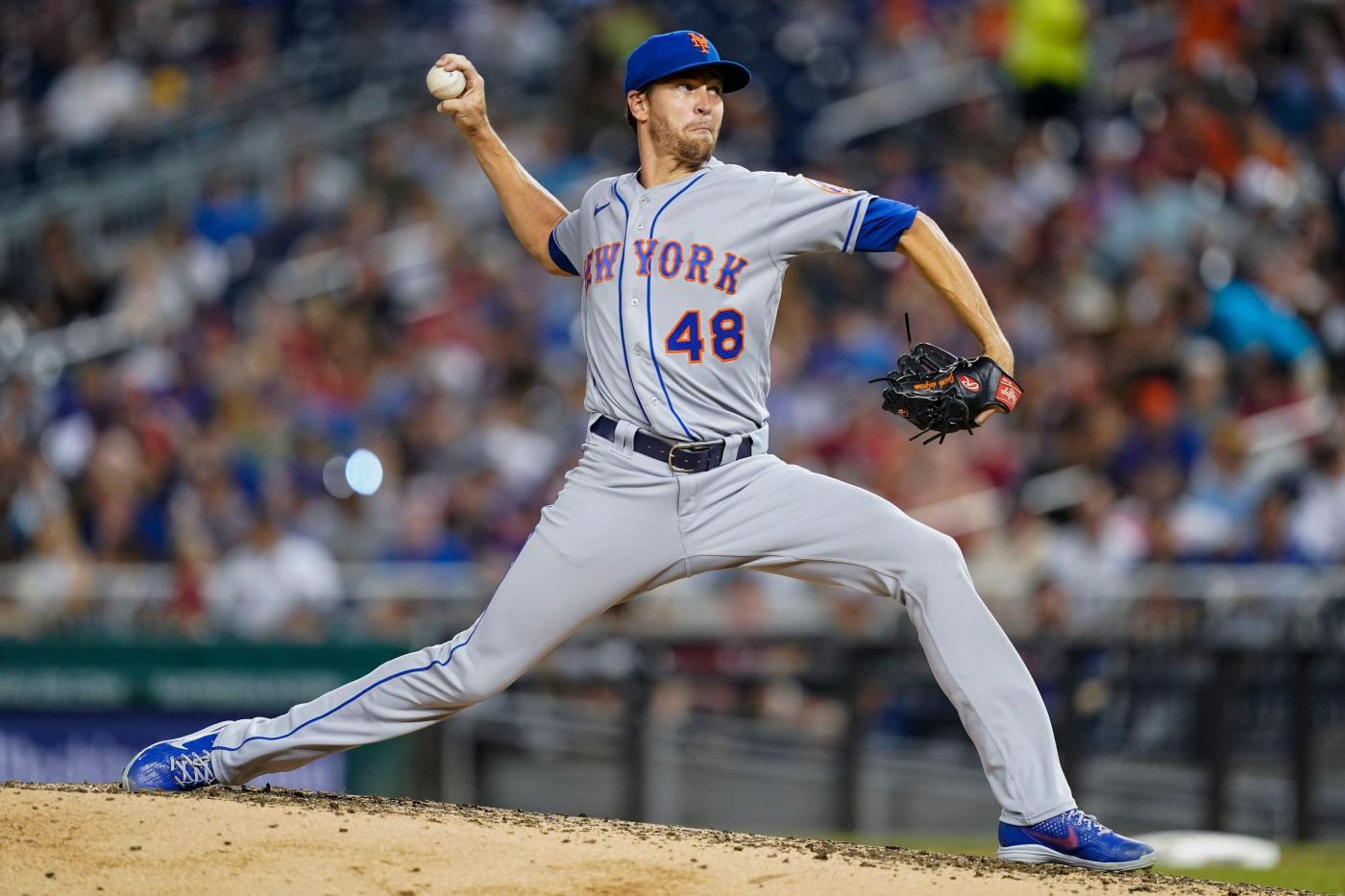 WASHINGTON — Jacob deGrom threw the 59 most-anticipated pitches of his life on Tuesday.

Making his first MLB start since July 7, 2021, deGrom used those 59 pitches to complete five efficient innings. He struck out six Nationals, allowed three hits and one run while walking nobody. Unfortunately for the Mets, Stephen Nogosek followed him and gave up back-to-back home runs to Luis Garcia and Yadiel Hernandez, fueling the Nationals’ 5-1 win on the same day they traded Juan Soto.

In the grand scheme of things, a Tuesday night loss to Washington doesn’t mean much. It did snap the Mets’ season-high seven-game winning streak, but with the trade deadline and deGrom’s return happening on the same day, the future is the focus.

The team should ramp up deGrom’s pitch counts with each outing, given that his body cooperates. Every bone, ligament and tendon looked to be working on Tuesday, as deGrom was responsible for each of the game’s 17 hardest-thrown pitches. His first pitch of the night whizzed across the plate at 99 miles per hour, and later in that same at-bat he touched 101. The slider looked as tight as ever as the Nats’ swung at it 14 times and came up empty on half of them.

It’s hard to have a sample size smaller than one game, but the Mets have to be encouraged by the fact that one-third of the total swings deGrom generated ended in a whiff. His biting slider sat between 91 and 94 miles per hour, and he even mixed in a 94 mile per hour changeup.

The lone run the Nats mustered against deGrom also came from their lone instances of hard contact. The two hardest hit balls against deGrom were Victor Robles’ fourth-inning single and Garcia’s double that sent Robles sprinting home. There was a lot to like about deGrom’s start (mainly that he’s in line to make his next one), but the same can’t be said about the Mets’ offense. The bats were completely flummoxed by Cory Abbott, who silenced the Amazin’s for five shutout innings before the bullpen took the last four frames.

The Mets’ bullpen reinforcements can’t get here soon enough. With the team expecting to have Trevor May with them on Wednesday, and deadline procurement Mychal Givens shortly thereafter, the need to use guys like Nogosek and Yoan Lopez melts away. Those two served up four earned runs and could only watch as three …read more