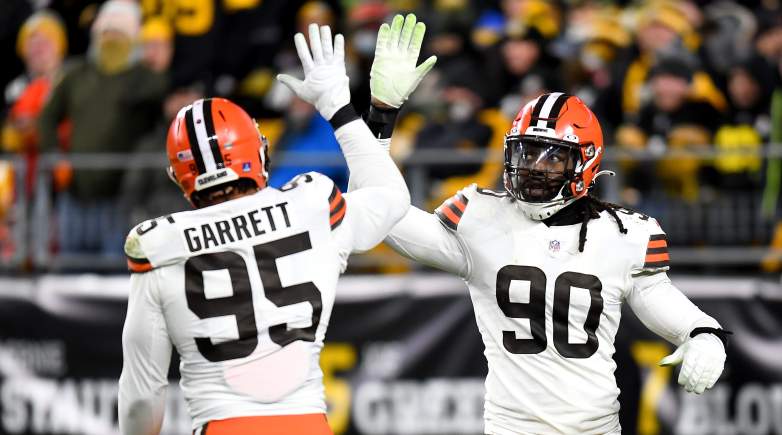 Members of the Dawg Pound have been anxious for the Cleveland Browns to solidify their defensive front. On Friday, the team took a big step in that direction.

Cleveland signed former NFL edge rusher Chris Odom to a deal on August 5. The defensive end shared the news via his Instagram page.

“903 days since I was back in the league,” Odom wrote. “Thank you @theusfl @usflgamblers for the opportunity to continue to live my dream. Next chapter. Let’s get it @clevelandbrowns #dawgseason #dawgpound.”

Odom had stints with the Green Bay Packers in 2017 and the Washington Commanders in 2019. He appeared in 11 regular season games combined, amassing 16 tackles, including two tackles for loss, two sacks, two quarterback hits and a forced fumble, per Pro Football Reference. Odom was also a member of the Atlanta Falcons organization on two occasions, but never elevated above the preseason roster and/or practice squad.

The Houston Gamblers of the United States Football League (USFL) drafted Odom with the fourth pick in the second round of the league’s draft in February. Odom went on to win the USFL Defensive Player of the Year Award in 2022, putting up 29 tackles and 12.5 sacks in 10 games, per Fox Sports.

Following his impressive performance in the USFL, the Kansas City Chiefs hosted Odom for a workout in July before he ultimately signed on with Cleveland on Friday.

The latest Browns news straight to your inbox! Subscribe to the Heavy on Browns newsletter here!

Getty Myles Garrett (left) of the Cleveland Browns high-fives teammate Jadeveon Clowney (right) in the third quarter of a game against the Pittsburgh Steelers at Heinz Field on January 3, 2022 in Pittsburgh, Pennsylvania. (Photo by Joe Sargent/Getty Images)

Cleveland already boasts an impressive edge rush, though Odom will provide depth to a unit that loses a little steam beyond the starting lineup.

JaMychal Green to the Warriors is telling for the Nets