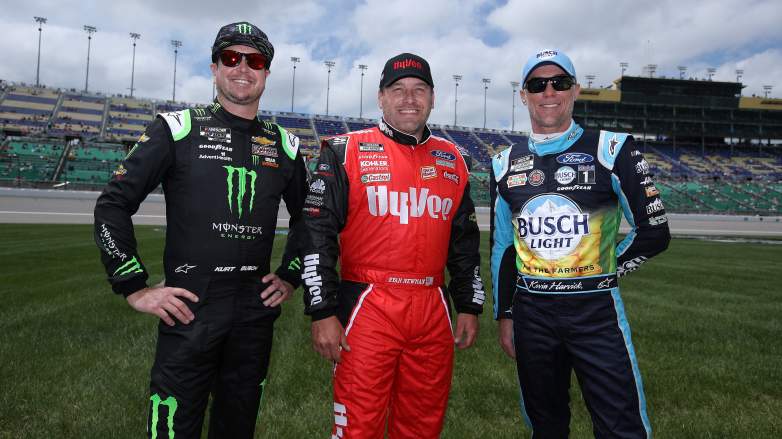 23XI Racing’s Kurt Busch will miss his third consecutive Cup Series race as he continues to focus on recovering from concussion-like symptoms sustained in a crash during qualifying at Pocono Raceway. Ty Gibbs will replace him in the No. 45 Toyota Camry while Kevin Harvick breaks their tie on a historic list.

Busch and Harvick enter the race weekend tied for 11th on the all-time starts list. They have each suited up for 776 Cup Series races, eight fewer than Michael Waltrip. Harvick will make his 777th start at Michigan International Speedway on August 7, moving him one start closer to Waltrip’s mark.

Busch actually began the season with two more career starts than his fellow champion. He entered the season with 756 while Harvick had 754. The Stewart-Haas Racing driver moved into a tie with Busch after races at Pocono Raceway and the Indianapolis Motor Speedway. Now he will take sole possession of 11th on the leaderboard.

No days off. Thankful for @ToyotaRacing and their dedication to their drivers through the @Toyota Performance Center. #TeamToyota pic.twitter.com/Vu4FGV05qH

Having more career starts provides some unique bragging rights, but this stat is ultimately less important. What really matters is that Busch takes time to focus on his health and get back to full strength instead of trying to rush back.

Busch has recently started putting his recovery on display. He explained in a video that his vision and hearing are still not 100% and that his doctors wanted him to go somewhere noisy that doesn’t require physical activity. His solution was to attend a Charlotte FC game.

Busch has also spent some time at the Toyota Performance Center. The manufacturer has built a massive facility stocked with the best equipment to help drivers train for their time behind the wheel. They build their bodies while also working on reflexes and hand-eye coordination.

Both Drivers Should Pass Waltrip in 2022

Getty(L-R) Kurt Busch, Ryan Newman, and Kevin Harvick all have over 700 career starts.

While Busch remains out of action for another week, he should be able …read more