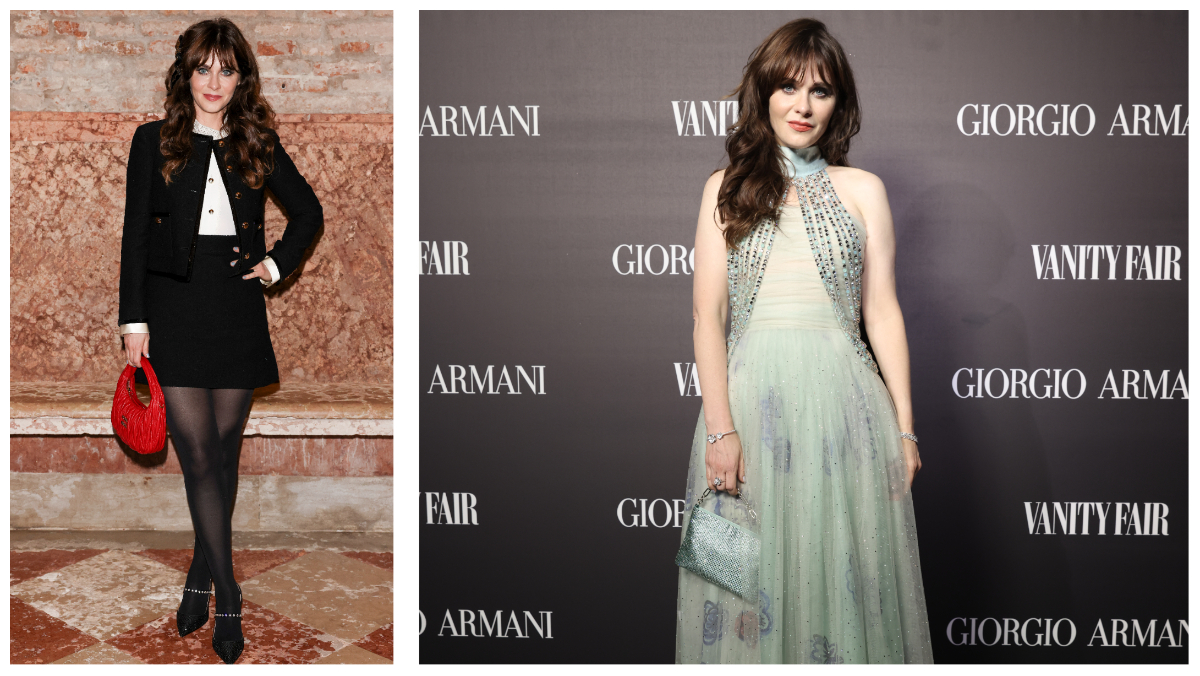 What a difference a week makes! HGTV‘s Jonathan Scott and his girlfriend of three years, actress Zooey Deschanel, have gone from riding horses in the “Wild West” to riding gondolas in the Floating City.

After a weeklong family trip to Wyoming, the pair have popped up in Venice, Italy, where Deschanel has dazzled fans and photographers on the red carpet at the 79th Venice International Film Festival. Here’s a look at the couple’s glamorous trip…

Deschanel and Scott are at the Venice Film Festival to promote her new film, “Dreamin’ Wild,” co-starring Casey Affleck as a singer/songwriter whose lifelong dream of success suddenly comes true as he nears his 50th birthday. The film is “out of competition,” meaning it’s not competing for any awards at the film festival, but was deemed to be special enough to be shown to the critics and serious film fans who attend.

In addition to showcasing much-buzzed-about films, the Venice Film Festival is known for high fashion, too. Vogue calls it “one of the most glamorous in the world, right alongside the paparazzi-filled red carpets at Cannes.”

Deschanel dazzled on the red carpet at the festival. On September 3, 2022, the actress attended the Miu Miu Women’s Tales event, a yearly short film series created by one of her favorite clothing brands, Miu Miu. The fashion house has commissioned two films a year since 2011, created by female directors who dress their characters in Miu Miu fashions but have total creative freedom otherwise.

Deschanel posted a photo to her Instagram Stories of herself getting primped before the event, with a stylist attaching a big MiuMiu bow to her hair. She captioned the photo, “Everything about this was an absolute dream.”

She also shared a throwback image from a Vogue shoot from 2000, in which she modeled a MiuMiu minidress. She was 20 years old in the archived photo, and about to appear in Cameron Crowe’s movie “Almost Famous.” She is quoted as saying at the time, “I enjoy fashion because it’s a form of expression you can do every day.”

On the night of September 3, she transformed into a sparkling green goddess for The Ball of Light hosted by Giorgio Armani & Vanity Fair. …read more

The Glass Menagerie: ‘intelligent as it is adventurous’