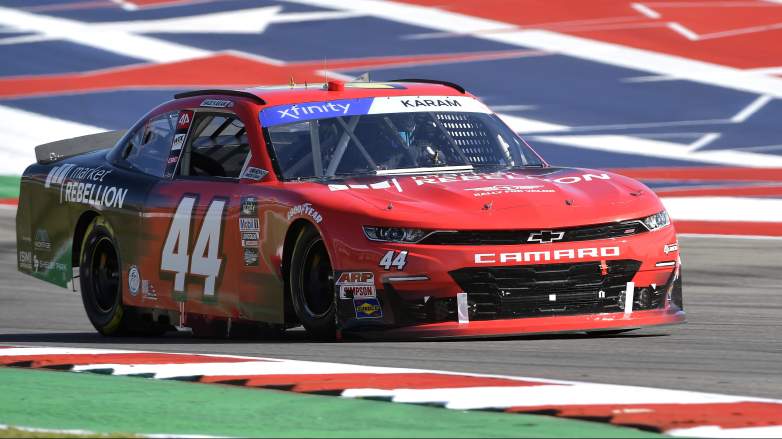 GettySage Karam races at Circuit of the Americas.

Our Motorsports has relied on multiple NASCAR Xfinity Series drivers to fill out the No. 02 Chevrolet Camaro’s schedule. Now a new name will join this list on a four-race deal.

The Xfinity Series team announced on September 12 that Sage Karam will take over the No. 02 Chevrolet for four races to close out the 2022 season. He will make his debut with the team on September 16 at Bristol Motor Speedway. Karam will then return to the entry on October 8 at the Charlotte Roval, October 15 at Las Vegas Motor Speedway, and October 22 at Homestead-Miami Speedway.

Looking forward to finishing out the year strong with @OurMotorsports in the 02 @TeamChevy Camaro!🏁 pic.twitter.com/LtHEU7fmNx

Karam will join a list of drivers that includes Brett Moffitt (20 races), Blaine Perkins (three races), Ty Dillon (one race), and Brandon Brown (one race). Brown was the most recent driver to control the entry as he took over at Kansas Speedway with Larry’s Hard Lemonade as his primary partner. He finished 17th overall. Moffitt, for comparison, had the best performances in 2022 with four top-10 finishes.

Karam Has Made Multiple Starts for Another Organization

GettySage Karam races at Circuit of the Americas.

Karam made his Xfinity Series debut during the 2021 season with four starts for Jordan Anderson Racing, two at road courses and two on ovals. He then joined a new team in Alpha Prime Racing for the 2022 season.

Karam has made seven starts so far in 2022. He kicked off his schedule at Atlanta Motor Speedway and finished 32nd after a crash at the reconfigured track. He then went on to post four top-20 finishes while alternating between the No. 44 and No. 45 entries.

All of these top-20 finishes took place in the races that Karam finished. He failed to finish both races at Atlanta Motor Speedway, once due to a crash and once due to an engine issue. His race at Road America also came to an early end after Noah Gragson sparked a 13-car crash.

The Pennsylvania native’s best performance took place at Daytona International Speedway. He started 24th in the No. 44 Chevrolet Camaro and kept the entry clean in what was a wreck-filled trip to the Florida superspeedway. He then helped push Jeremy Clements to the win before crossing the finish line fifth overall.