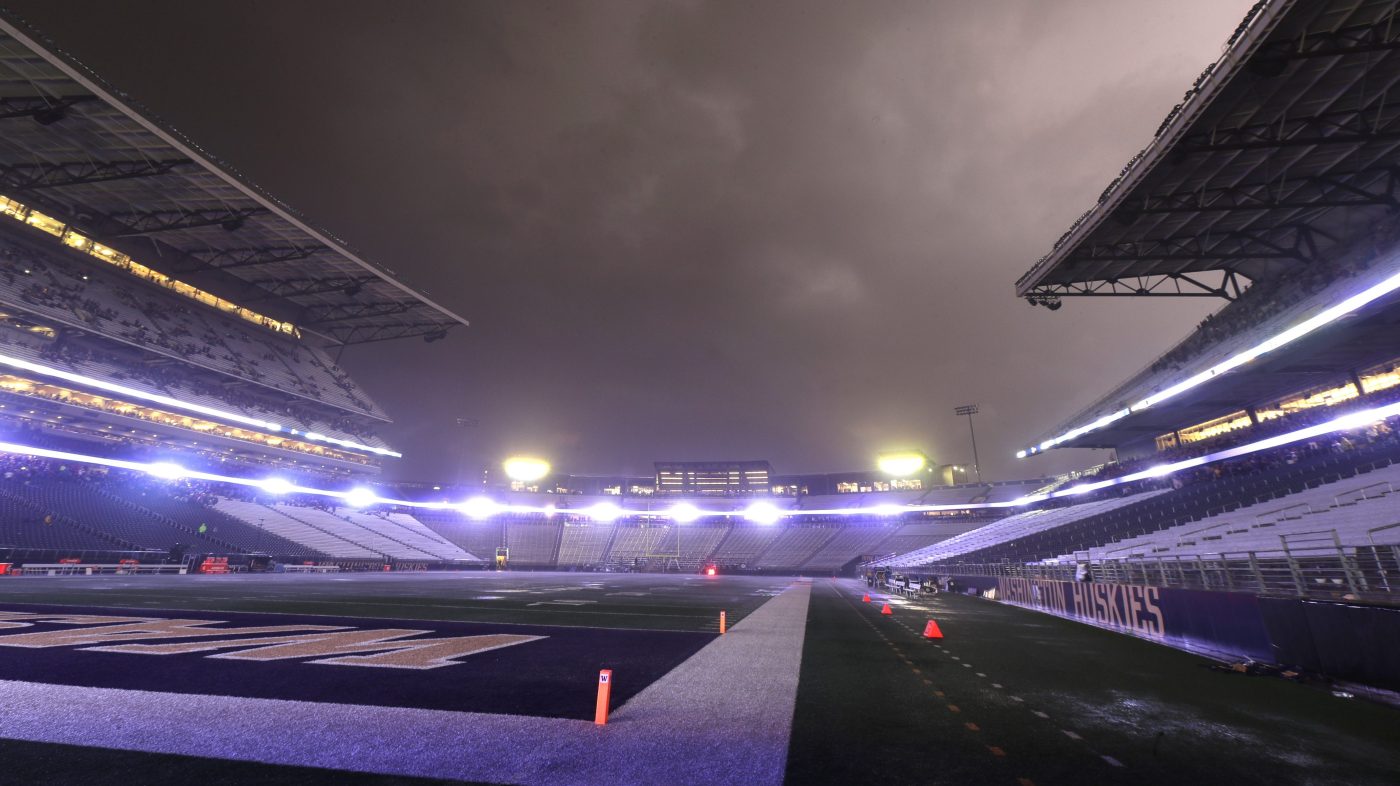 Week One featured two high-profile showdowns and Week Two included one gigantic upset, but Week Three will shape the Pac-12 season to a greater extent than any other.

It’s also the most visible week of the season for the conference, with four games on broadcast television, including a rare 7:30 p.m. (Pacific) kickoff on FOX.

By the close of business late, late Saturday night, the narrative will be set, for better or worse.

1. USC (2-0/1-0)
Last week: 2
Result: won at Stanford 41-28
Next up: vs. Fresno State (7:30 p.m. on FOX)
Comment: Transfers Brenden Rice (from Colorado) and Terrell Bynum (Washington) are good receivers but have been afterthoughts in USC’s passing game. Maybe that will change. Or maybe the Trojans are just that loaded.

2. Utah (1-1)
Last week: 1
Result: beat Southern Utah 73-3
Next up: vs. San Diego State (7 p.m. on ESPN2)
Comment: Utah fans should be rooting as hard for Florida to win as they do for BYU to lose. Okay, maybe not that hard, but still — a collapse by the Gators would be bad news for the Utes.

3. Washington State (2-0)
Last week: 11
Result: won at Wisconsin 17-14
Next up: vs. Colorado State (2 p.m. on Pac-12 Networks)
Comment: Forget the Coug Raid; somebody needs to craft a nickname for the defense. That’s where the identity of this team lies. (And if you have one, let us know.)

4. Oregon State (2-0)
Last week: 5
Result: won at Fresno State 35-32
Next up: vs. Montana State (5 p.m. on Pac-12 Networks)
Comment: I don’t know how this OSU season will turn out, but it’s entirely possible that Jonathan Smith’s decision to attempt the walk-off win at Fresno State is what ends up getting the Beavers into the postseason — the difference between five wins and six.

7. Oregon (2-0)
Last week: 7
Result: beat Eastern Washington 70-14
Next up: vs. Brigham Young (12:30 p.m. on FOX)
Comment: From kickoff in Eugene through the final whistle in Seattle to the lights going out in the Coliseum, those …read more

Whenever someone wants to borrow money, I ask myself 6 questions to decide if saying yes is smart