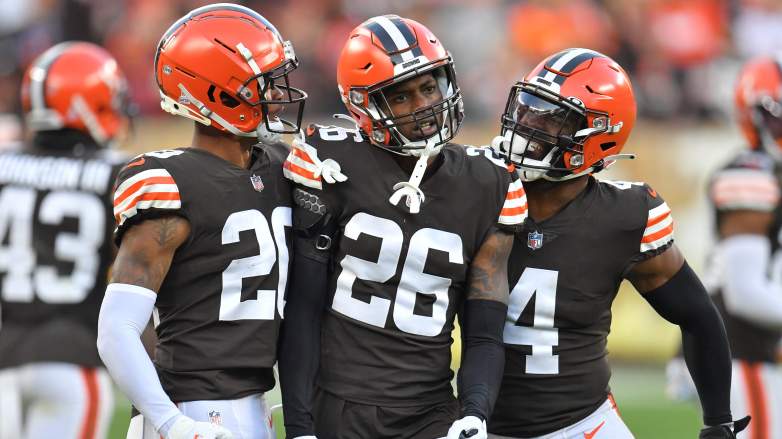 Baker Mayfield and the Carolina Panthers weren’t the only casualty of the Cleveland Browns‘ comeback win in Sunday’s season opener.

The Browns have decided to part ways with cornerback Herb Miller, as reported on Monday, September 12, by Aaron Wilson of Pro Football Network.

Cleveland gave the three-year pro the ax despite recovering a fumble on special teams Sunday. It has been in a special teams role that Miller has primarily functioned since he entered the NFL in 2020 as an undrafted free agent with the Tampa Bay Buccaneers.

Miller appeared in four games for the Bucs that season, logging five tackles and one interception. He played in just six percent of the defensive snaps for Tampa Bay but saw the field on 52 percent of special teams plays.

The defensive back joined the Browns the following year, where he played only two percent of defensive snaps but 66 percent of special teams plays across nine game appearances. Miller played in just one regular season game for Cleveland in 2022 before the team cut him Monday.

Getty ImagesCB Greedy Williams #26 (center) of the Cleveland Browns reacts after a play during the second quarter of a game against the Arizona Cardinals at FirstEnergy Stadium on October 17, 2021 in Cleveland, Ohio. (Photo by Jason Miller/Getty Images)

Miller was unable to break through into the regular defensive rotation over his year-plus tenure in Cleveland, even despite injury issues hampering members of the secondary.

Cornerback Greedy Williams, in particular, has dealt with persistent health problems over the past three seasons. His most recent issue involves a hamstring strain he suffered in practice last week, which landed the former second-round pick on the injured reserve list (IR). Williams will now be forced to sit out at least the first four games of the season, per NFL rules.

Browns Cut Defensive Back Ahead of Home Opener Against Jets