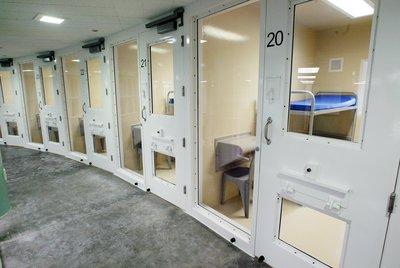 REDWOOD CITY — Three San Mateo County criminal attorneys are suing the county sheriff’s office, alleging that deputies have been surveilling written communications between attorneys and jail inmates without proper warning or notice, according to a US district court complaint.

The complaint — filed in the US District Court of Northern California by attorneys Curtis Briggs, Robert Canny and Matthew Murrillo —  alleges that the San Mateo County Sheriff’s office violated the First and Sixth amendment rights of inmates when it updated its inmate communications system, allowing deputies to comb through privileged communications between attorneys and inmates of the county’s two jails.

The complaint says the sheriff’s office gave no notice or warning that it had the ability to look through private communications between attorneys and inmates, making it nearly impossible to have private mail between inmates and their attorneys.

Ara Jabagchourian, who is representing the three attorneys in court, said the sheriff’s office also could have implemented a feature to block the review of confidential attorney-client messages but did not do so.

The San Mateo County Sheriff’s office could not not be reached for comment. The county has used Smart Communication Holding of Florida since Sept. 2021, and the contract lasts until 2024. The suit came after attorneys recently discovered the privacy concerns.

“This new system effectively scans everything that comes in and out electronically, including email and even hard mail,” Jabagchourian said. “Especially during COVID, attorneys wouldn’t be able to come in as much and relied on email as communication. What’s happening is the deputies have been reviewing emails and they failed to screen out what’s attorney-client privilege.”

According to the complaint, existing law says mailed legal letters must be opened in front of the inmate by the Sheriff’s office, checked for contraband and then handed to the inmate. But the Sheriff’s office doesn’t follow this procedure, the lawyers say, and it has not used the “attorney-client blocking feature” on the Smartinmate Electronic Messaging System or warned attorneys that correctional officers and sheriff’s deputies could be reading their communications.

This new system, he said, makes it nearly impossible to have confidential communications between attorneys and inmates, raising fears of vital private information getting into the hands of the sheriff’s office by unconstitutional means. The county jail system has between 1,000 and 1,200 people in custody, and every name must use the jail communications Smart Tablet as their primary means of communication with clients — a device that …read more

Source of half the guns seized by CPS remains a mystery