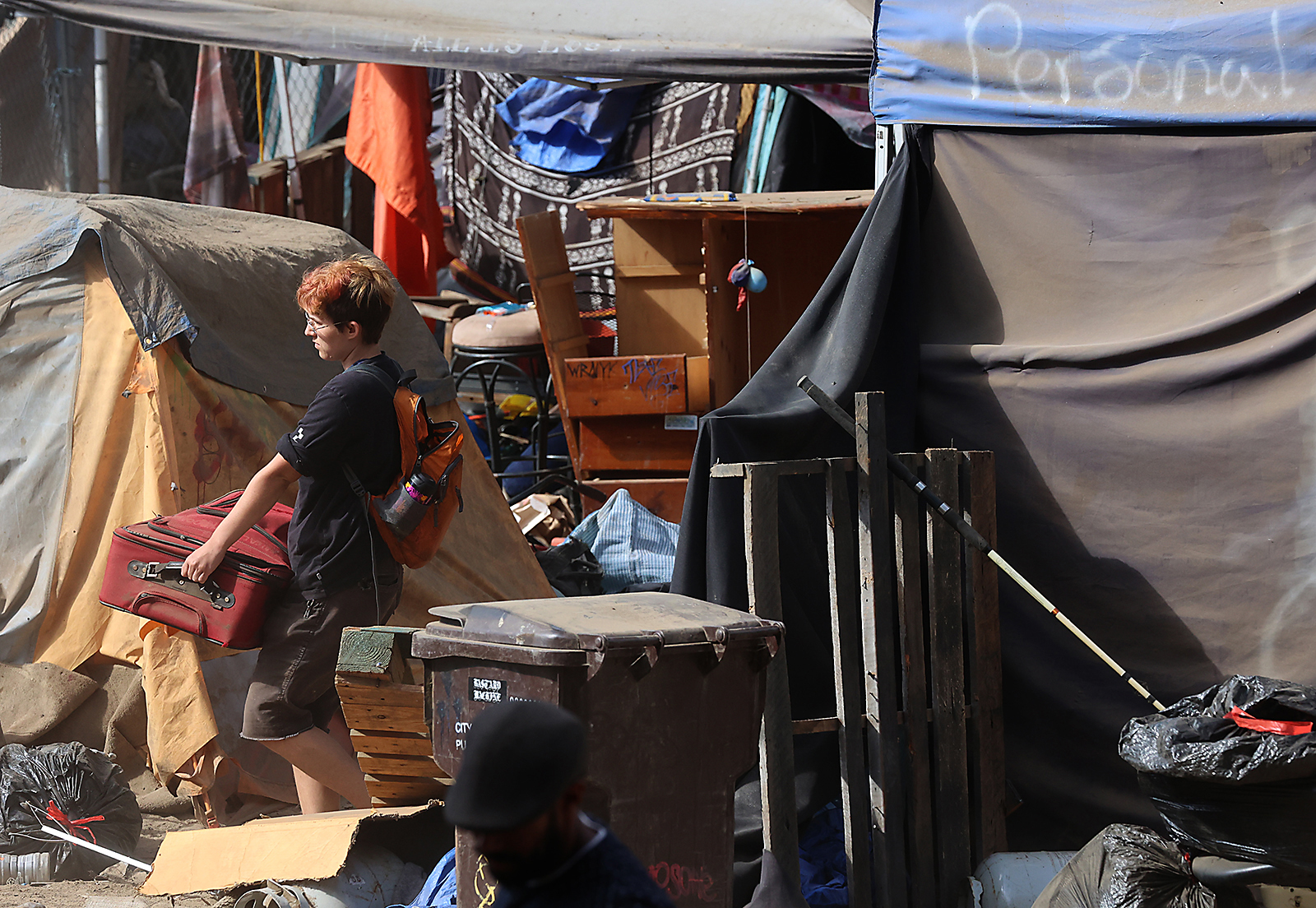 SANTA CRUZ — The northernmost portion of the long-time San Lorenzo Park Benchlands homeless encampment was shuttered Tuesday, the culmination of a scheduled eviction purported to affect about 29 individuals living there.

Homeless individuals remove their belongings as the north end of the San Lorenzo Park Benchlands encampment is closed and they are evicted from the area. (Shmuel Thaler — Santa Cruz Sentinel)

A man removes possessions on Tuesday as the north end of the San Lorenzo Park Benchlands homeless encampment is closed and its occupants are evicted from the area. (Shmuel Thaler — Santa Cruz Sentinel)

The camp’s second “zone,” south of the Water Street bridge, is scheduled for a similar fate by noon on Monday, according to a notice hand-delivered by law enforcement on Monday and Tuesday. City Homelessness Response Manager Larry Imwalle said the second zone’s closure was expected to affect 54 individuals, as of a count Monday.

At the city’s imposed deadline of noon, the majority of the tents on site had been dismantled and about a dozen individuals busily ferried possessions deeper into the remaining encampment. Santa Cruz Police Department and Santa Cruz County Sheriff’s Office personnel informally lined the sidewalk above the camp, eventually rolling out yellow police tape along the camp’s unsecured boundaries.

Environmental cleanup of the sight was scheduled to begin Wednesday, Imwalle said. Items identified as left-behind possessions, rather than refuse, will be held in storage by the Santa Cruz Police Department for 90 days, per notices posted at the camp.

An extensive amount of possessions remained in the recently closed area, where some camp occupants said they feared they would not be offered a ride to a city shelter, were they to relocate. Officials on the scene, however, pointed to a minivan with its back hatch open and waiting to transport those with city shelter vouchers in hand.

Imwalle confirmed that, in addition to three regular shuttle stops throughout the city for transport to and from the Armory, additional shuttles were scheduled to …read more