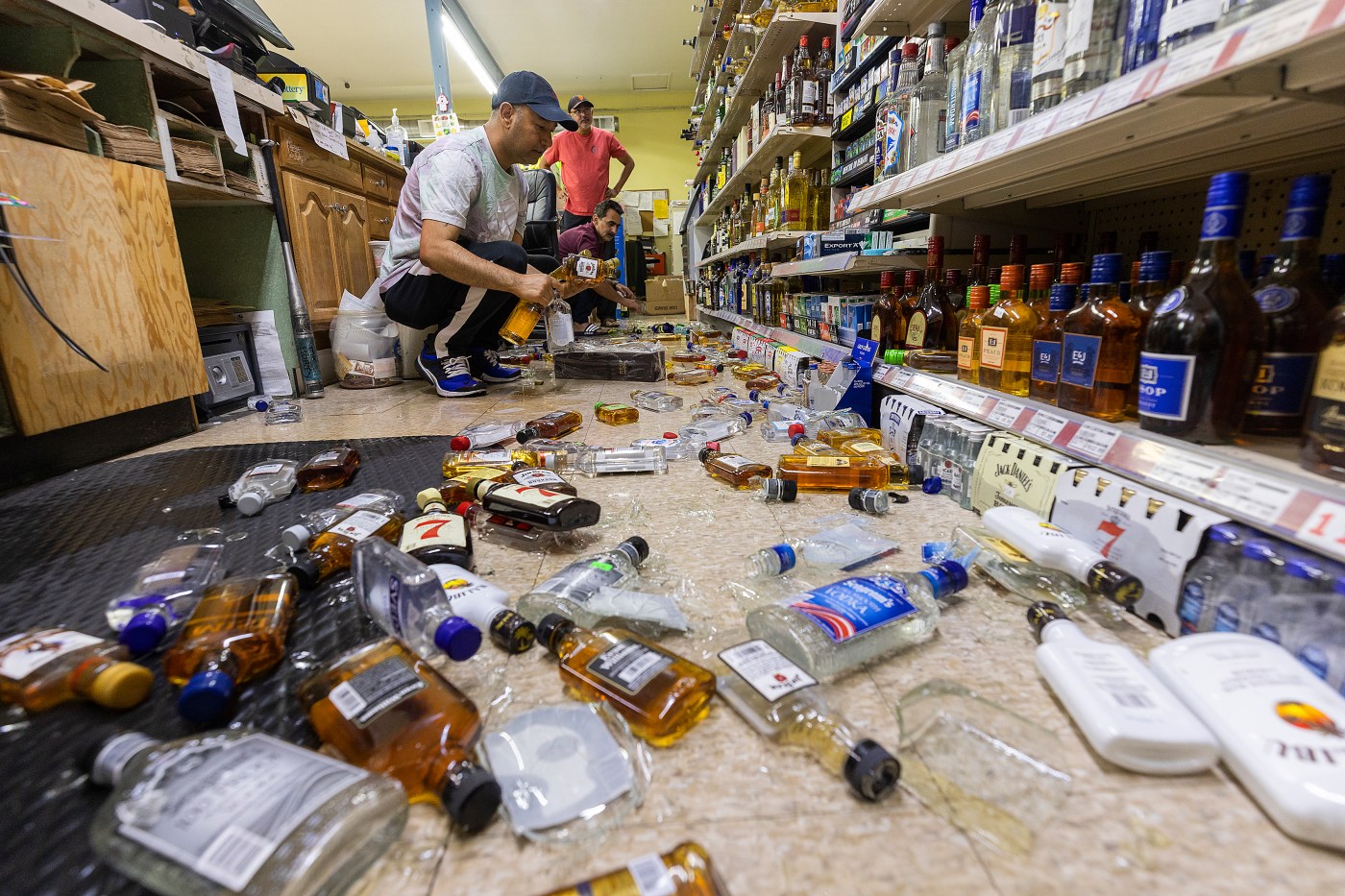 Santa Rosa’s earthquake gave the Bay Area its first real test of the nation’s new ShakeAlert system, and it was a qualified success, warning thousands of residents on Tuesday night with a loud alarm and instructions to seek cover.

“The moment the wave hit the house, my watch and phone went off. It’s a miraculous technology — a definite win,” said Robert Stephens, who was sitting at a table at his home on Sonoma Mountain, about five miles from the quake’s epicenter.

In downtown Sonoma, the alarm sent journalist Sarah Stierch diving under her dining room table for protection. “Very impressed with the alert – it’s my first experience with it,” she wrote on Twitter.

But many residents at greatest risk did not receive an alert until after the shaking started, because they were so close to the epicenter. The system gives longer warnings to those who are further away from the rupture.

After more than a decade in development, the ShakeAlert system is finally a reality for over 50 million West Coast residents. Created by the U.S. Geological Survey, it is 81% complete, with more than 903 buried sensors in California that can mobilize cellphone users who are at risk. When complete, it will have 1,115 sensors, and quicker transmission time.

“The good news is that we’re going in the right direction,” said USGS’s Robert de Groot, the national coordinator of outreach and education for ShakeAlert.

“The ShakeAlert system behaved as we expected it would last night,” he said, “and it shows that we’re continuing to improve earthquake early warning on the West Coast.”

The system initially overestimated the earthquake’s magnitude, calling it a 4.9; later, the quake was downgraded to a magnitude 4.4. But it identified the site of the quake’s rupture with extreme accuracy, pinpointing the epicenter 2.4 miles north of Santa Rosa.

In some spots, it was overenthusiastic, puncturing the serenity of a seismically uneventful evening. “The alert scared me to death,” wrote Anna Boucher of San Rafael, who said she did not experience any shaking.

In other places, it worked just as planned. At a youth soccer game in Rohnert Park, “everyone’s phones went off with emergency alert — and then we felt the quake about 20 seconds later,” tweeted Matthew Valkovic. “It was pretty wild!”

Sometimes it came too late. By the time Santa Rosa resident Kathy McMorrow got the alarm, she and her dog had already felt the temblor and were down the …read more

SEE IT: Mark Ballas Lets His Hair Down in New Pic & Fans Are Freaking Out