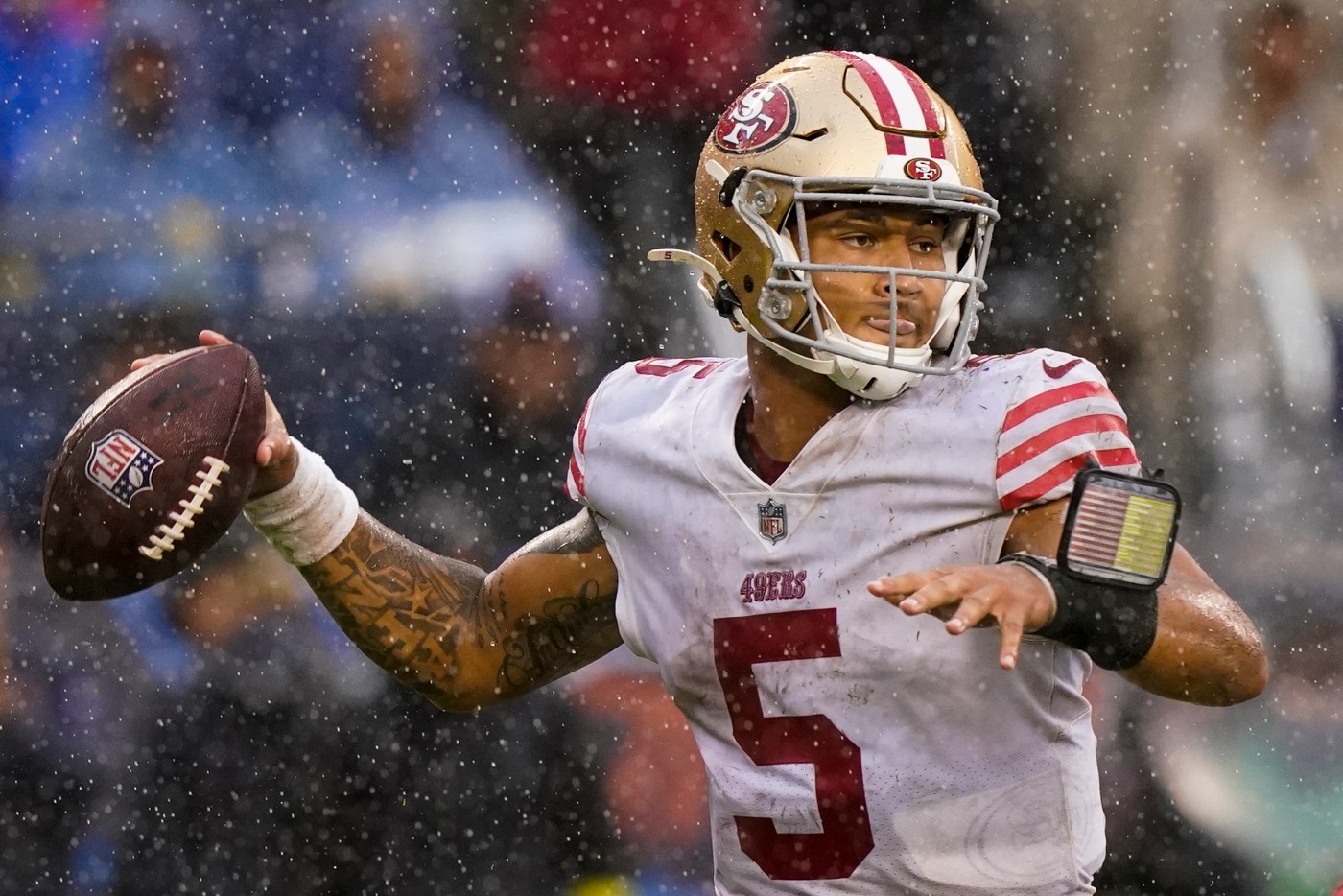 SANTA CLARA — Trey Lance has “turned the page” on the 49ers’ season-opening loss at Chicago, even though wet weather could follow him and the 49ers into Sunday’s home opener against Seattle.

One carryover effect that apparently isn’t bothering him too much is a sore neck. He looked fine in practice Wednesday and showed no hindrance from the pains he endured among his 13 carries and two sacks at Soldier Field.

“I felt fine. My neck, honestly, was a little sore,” Lance said of how he felt Monday. “That was the first thing, because I don’t get hit at all throughout the year. So other guys get to build up and get their necks ready for the season. Other than that, I feel good.”

Here is what else Lance had to say in his pre-practice media session:

On what he saw from Sunday’s film:

“Similar to what I said (postgame). I missed a few early and whoever was ahead going into a two-minute drive in that fourth quarter was going to be in a tough situation.

“We made too many mistakes early, I missed too many early. Turned the page on that.

On his detailed self-critique after the game:

“I’m the only one who touches the ball, other than the center, every single play. It’s my decision most of the time where the ball goes, how it gets there, pre-snap, and getting us in the right play, run game, pass game, right call, right protections.

“Watching film, whether it’s practice or the game, it’s where I learn every rep, little things can make all the difference.”

On if he’s had a coach tell him not to make excuses:

“No, it’s kind of common sense. I touch the ball every single play. What I do with it, makes all the difference, short term and long term.”

On biggest difference in running between college and the NFL:

“That I’m not bigger, faster, and stronger than pretty much everyone else. Guys catch up a lot quicker, spaces fill, guys close a lot faster and I have to learn to protect myself  being in different situations, how important …read more