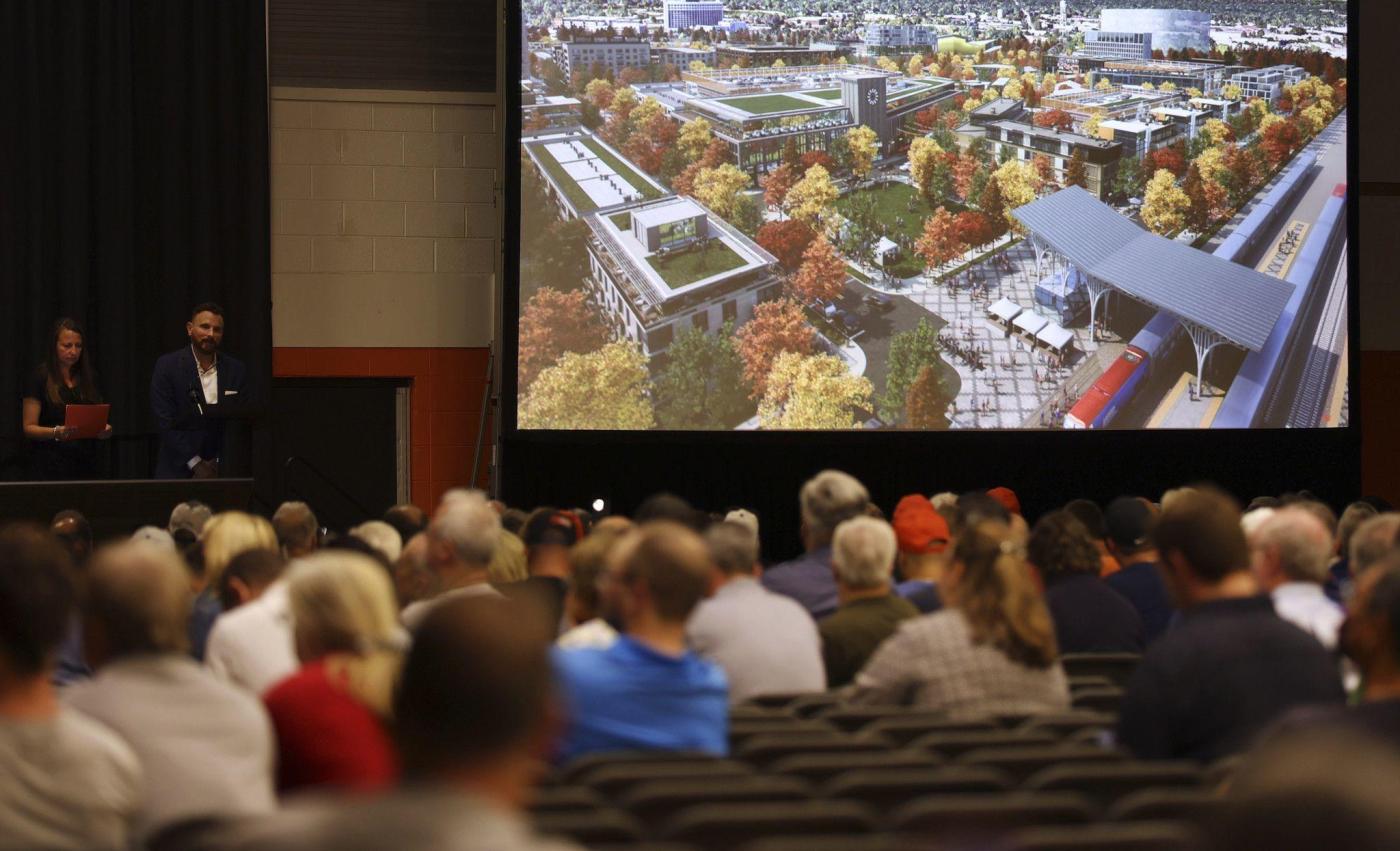 Note to the good people of Arlington Heights: Take a breather and think this through.

Don’t get overly excited by the idea of a Chicago Bears stadium and a new retail-residential-entertainment complex where the empty and abandoned Arlington International Racecourse stands.

Don’t back up a truck to the public vault and load it with the millions in incentives the Bears will ask for — and may not truly need.

And, most certainly, do not create a tax increment financing district to get a deal done.

The pressure to consider a TIF to lure the Bears, among other tax break options, is just beginning. And credit the Bears with a strong opening drive. Their smooth presentation at Hersey High School last week, with concept drawings to make the eyes spin, got residents imagining a remarkable future for the 326-acre site.

Even team President Ted Phillips got a round of applause.

But this will be a long process, one in which cooler heads should be allowed to prevail.

TIFs were invented, in 1950s California, to help developers and local governments find ways to jump-start growth in struggling neighborhoods. In TIFs’ simplest — and most ideal — form, cities begin with a base valuation for the real estate taxes paid on property within a “blighted” district. Developers commit to build or renovate within the district. The improvements cause property taxes in the zone to rise, and the local government can use the incremental proceeds to benefit the developers.

That’s the ideal, and here’s the real: TIFs also have unintended outcomes. They can merely move money around — incentivizing development in one place at the expense of another. They can put other taxing districts, such as schools, at a disadvantage. In Chicago, mayors have used “surplus” funds from TIFs to reward allies and undermine opponents.

They can widen wealth gaps: Despite the rhetoric about improving “blighted” areas, their biggest net impact tends to benefit neighborhoods that already have advantages. In Chicago, TIFs benefiting the developers of Lincoln Yards and The 78 promise overnight successes. Those focused on economically weak neighborhoods, often in communities of color, do not.

Arlington Heights Mayor Tom Hayes has kept his wits with him so far. He said a TIF for the Bears development would be only a last resort. Residents and even some village board members are starting to ask tough questions.

David Merriman, an expert on TIFs who sees their …read more