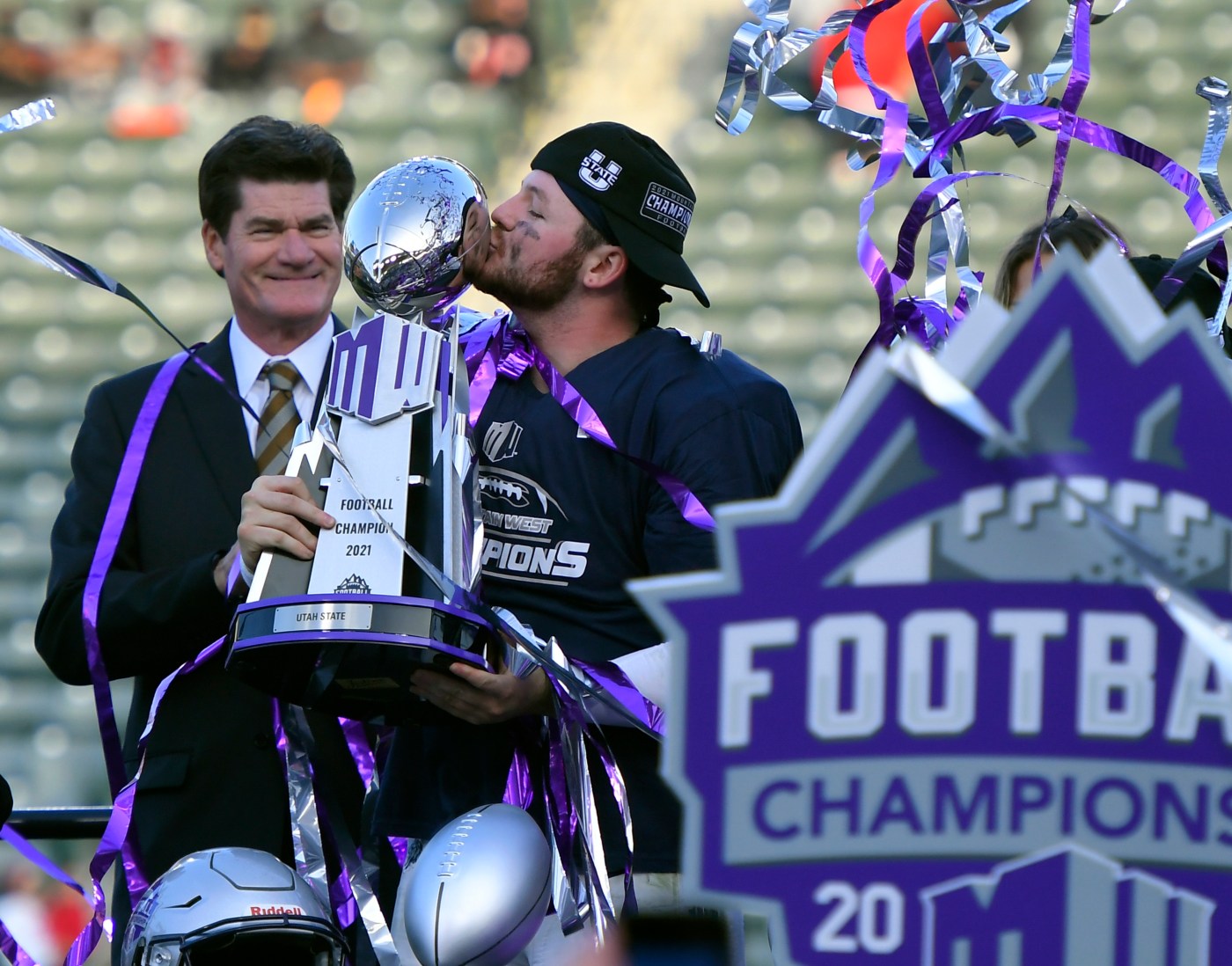 It was so long ago that at the time, Brigham Young, TCU and Utah were all a decade away from departing.

On Wednesday, Thompson announced he would step down at the end of the year.

Our view: The move has much less to do with realignment threats than with Thompson seeing his vision of an expanded playoff come to fruition — he was an architect of the 12-team model — and with the massive change coming to college athletics in the form of NCAA restructuring and revenue sharing with the athletes.

This is the time to leave, unless you plan to stay through the tumult.

All those issues will be priorities for Thompson’s replacement.

Before we delve into potential candidates, some context on the list below:

— For all the talk about realignment, and specifically about the Pac-12 poaching one or more schools from the Mountain West, we view the conference as a highly viable entity moving forward because of geographic alignment and the expanded playoff.

The allocation of automatic bids for the six highest-ranked conference champions effectively sets up a showdown between the MW champ and the American champ for a berth — a vastly more advantageous structure than the current model.

— Given the current environment, the Mountain West should strongly consider candidates with deep existing relationships in college football. The conference might experience membership turnover (outgoing, incoming or both), and the ability to back-channel, to have contacts you can trust, will be vital.

Once the university presidents settle on an executive search firm to handle the legwork, a candidate pool will emerge.

They are unlikely to be interested in the position, but the MW should perform due diligence and place initial calls to all three.

Assuming that trio is off the market, five names come to mind:

Wyoming athletic director Tom Burman: If the conference opts to remain in-house but wants to elevate an athletic director, Burman could be atop the list. He has deep roots in the MW and, unlike several of his …read more

Hockey Alberta creating board to oversee abuse and mistreatment cases

‘Living a dream’: In family reunion like no other, Tua and Taulia Tagovailoa will share the spotlight in Maryland