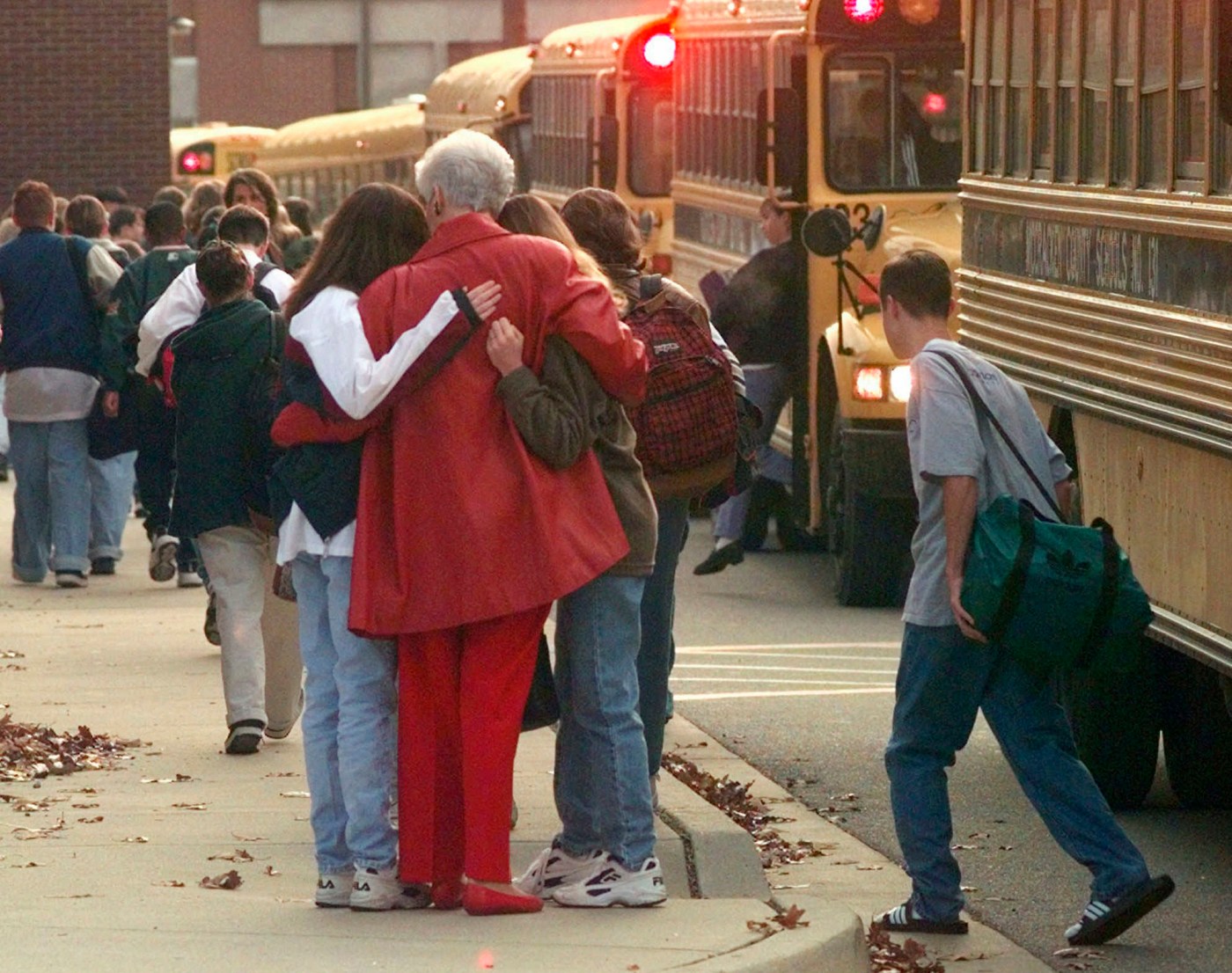 When 14-year-old Michael Carneal opened fire on his fellow students during a before-school prayer meeting in 1997, school shootings were not yet a part of the national consciousness. The carnage that left three students dead and five more injured at Heath High School, near Paducah, Kentucky, ended when Carneal put down his weapon and the principal walked him to the school office — a scene that seems unimaginable today.

Also stretching today’s imagination — Carneal’s life sentence guaranteed an opportunity for parole after 25 years, the maximum sentence permissible at the time given his age.

A quarter century later, Carneal is 39 with a parole hearing next week that comes at a very different time in American life — after Sandy Hook, after Uvalde. Today police officers and metal detectors are an accepted presence in many schools, and even kindergartners are drilled to prepare for active shooters.

“Twenty-five years seemed like so long, so far away,” Missy Jenkins Smith recalls thinking at the time of the sentencing. Jenkins Smith was 15 when she was shot by Carneal, someone she considered a friend. The bullet left her paralyzed, and she uses a wheelchair to get around. Over the years, she has counted down the time until Carneal would be eligible for parole.

Ron Avi Astor, a professor of social welfare and education at the University of California, Los Angeles, who has studied school violence, said public opinion around school shootings and juvenile punishment has changed a lot over the last 25 years. In the 1980s and 1990s, Astor provided therapy to children who had committed very serious crimes, including murder, but were rehabilitated and not jailed.

“Today all of them would have been locked up,” he said. “But the majority went on to do good things.”

Jenkins Smith knows first-hand that troubled children can be helped. She worked for years as a counselor for at-risk youth, where her wheelchair served as a stark visual reminder of what violence can do, she said.

“Kids who would threaten school shootings, terroristic threatening, were sent to me,” she said. Some are now adults. “It’s great to see what they’ve accomplished and how they’ve changed their lives around. They’ve learned from their bad decisions.”

But that doesn’t mean she thinks Carneal should be set free. For one thing, …read more

25 years after Kentucky school shooting, a chance at parole