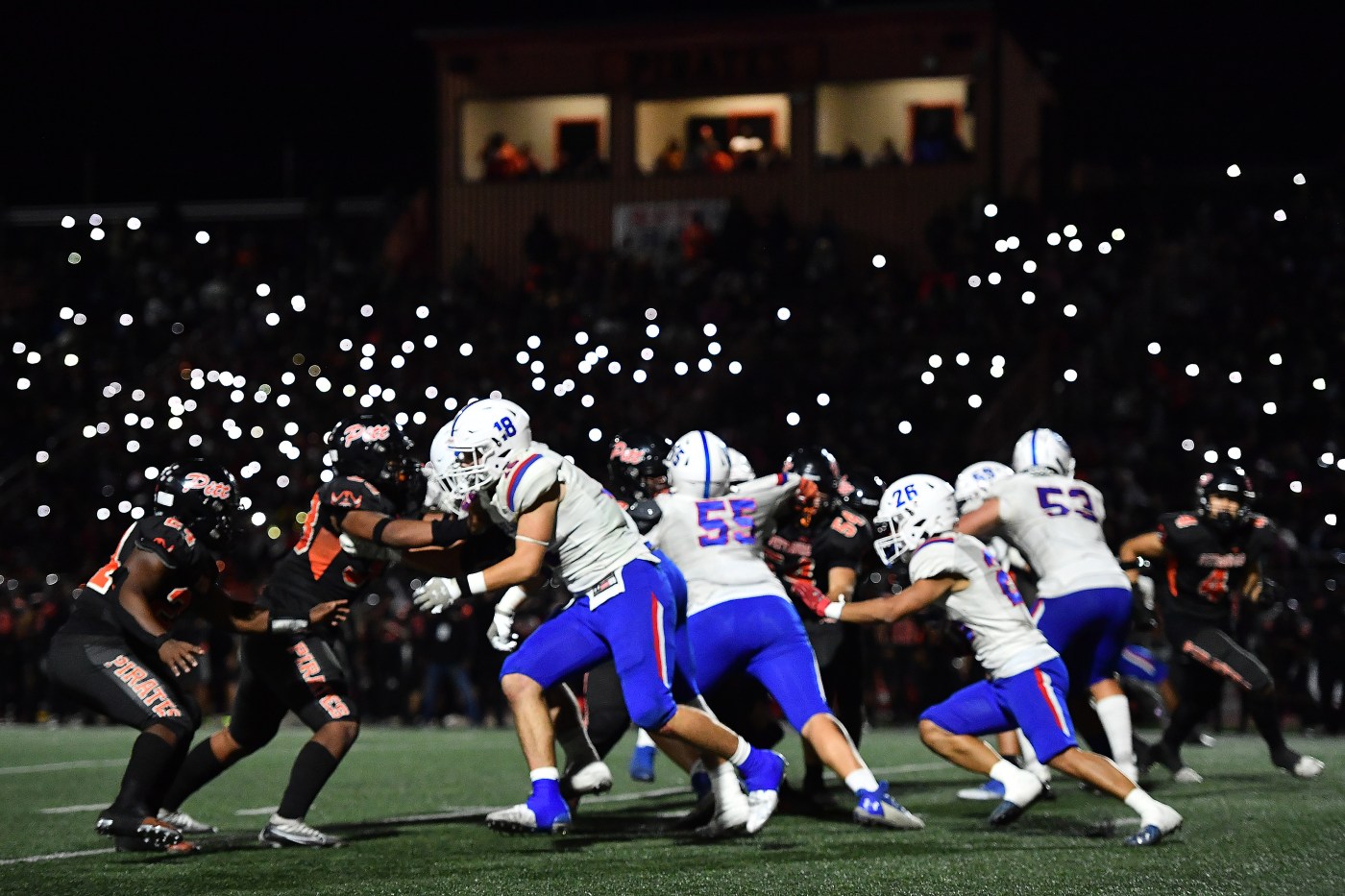 It wasn’t a good night for two of the Bay Area News Group’s top-five teams, Pittsburg and Menlo-Atherton.

We’ve got details from those games and more.

Check back every Saturday for scores, highlights and top performers, updated throughout the day.

On to the roundup …

Pittsburg allowed a blocked field goal and punt and threw four interceptions on its way to a gut-wrenching loss at home against Folsom in a showdown between Northern California powers. Joseph Dycus has the complete recap here.

Menlo-Atherton looked every bit like the Bay Area News Group’s fourth-ranked team on its opening series. The Bears drove 80 yards for a touchdown, capped by Sherrod Smith’s 23-yard run. From there, the home team rolled. Caden Pinnick threw four touchdown passes and ran for another as the Golden Eagles beat another ranked opponent from the Bay Area to improve to 5-0. A few weeks after edging Clayton Valley, Del Oro dominated an opponent that opened the season with home wins over Bellarmine and Elk Grove. The Golden Eagles built a 21-6 halftime advantage behind three touchdown passes from Pinnick. His fourth TD pass stretched the cushion to 28-6 in the third quarter. Smith’s 80-yard scoring run made it 28-13, but Del Oro closed out its Homecoming triumph with two more TDs — on a 5-yard blocked punt return from Samuel Murray and Pinnick’s 25-yard run. M-A visits fifth-ranked Wilcox next Friday. — Darren Sabedra

John Pau Mendoza scored his first three rushing touchdowns of the season as the Wolves (3-0) coasted past Las Lomas (1-3). The 5-foot-8, 165-pound junior hit paydirt on runs of 25, 4 and 47 yards. His only other touchdown this season came in San Ramon Valley’s opener three weeks ago at Vintage, where he caught a touchdown pass. Mendoza had only nine carries in the first two games, though that …read more