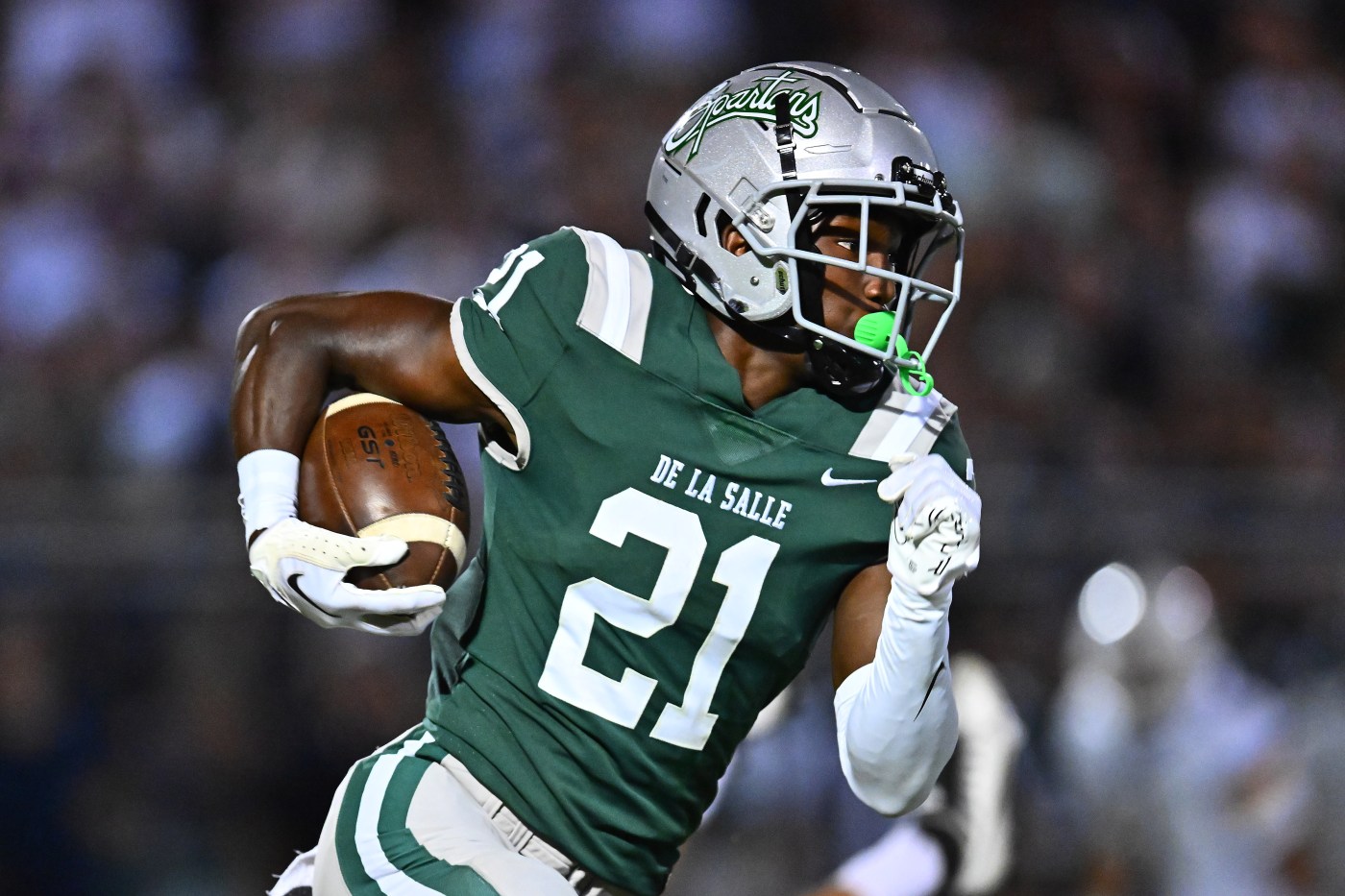 As expected, it wasn’t easy.

But De La Salle held off Cathedral-San Diego in the waning minutes Friday night to win a thriller on the road 28-20.

The Spartans, who have been dealing with numerous injuries, improved to 3-1 heading into a showdown at home next Friday against Folsom.

Charles Greer had two long touchdown runs, one in each half, and De La Salle answered after Cathedral took a 17-14 lead in the third quarter.

The visitors led 21-17 heading to the final period.

Since watching a 14-point fourth-quarter lead against Serra turn into a 24-21 loss, the Spartans have won two in a row despite injuries to standouts such as linemen Derek Thompson, Cooper Powers and Chase Tofaeono.

“It’s a quality opponent — there is no doubt,” DLS coach Justin Alumbaugh said about Cathedral. “We have Folsom next week. We have to be better. But I am encouraged. In a lot of ways, it felt a lot like the Serra game. But tonight we got stops when we needed to, we got scores when we needed to.

“We got a first down to run out the game. Our hitting was better. The effort was better. Our physicality was better. What’s not better right now is our coachability. Part of that is just a lot of guys playing that don’t normally jump in. But no excuses. A lot of those guys have had playing time.”

DLS had taken a 7-2 advantage on the first of Carson Su’esu’e’s two touchdown passes, this one to Journey McKoy.

Su’esu’e’s deep pass to Johnathan Guerrero reclaimed the lead for the Spartans in the third quarter, 21-17.

Pittsburg vs. Folsom football preview: ‘Pirate Stadium is going to be rocking’