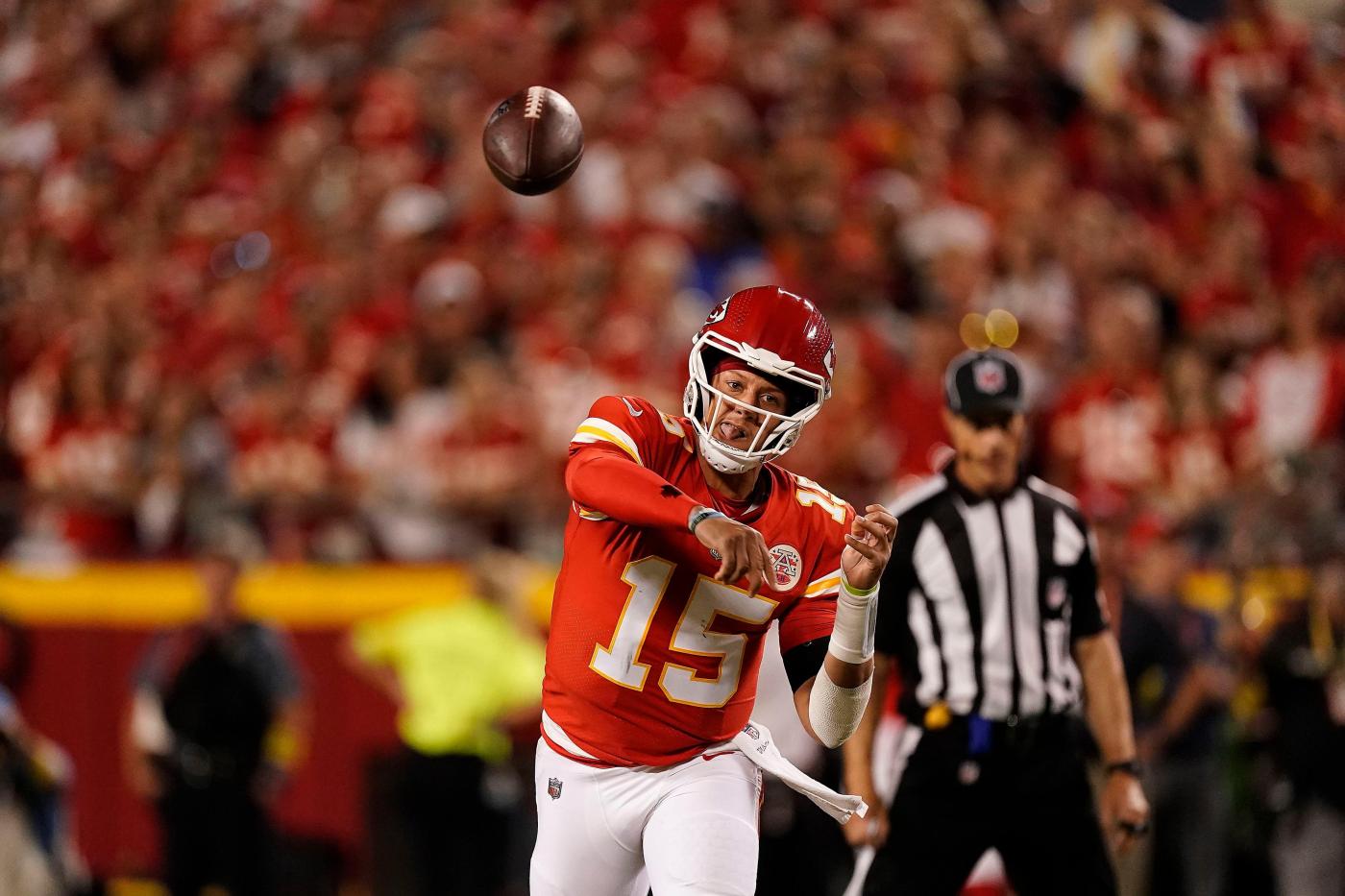 The Buffalo Bills were the preseason Super Bowl chalk with Las Vegas sportsbooks, even after they lost to Kansas City in last year’s playoffs.

The L.A. Chargers were the media darlings of a stacked AFC West that was supposed to humble Andy Reid, Mahomes and a fading Chiefs team that lost Tyrann Mathieu and Tyreek Hill.

The Chiefs’ run of four straight AFC Championship Game appearances, with two Super Bowl appearances and one championship, is over. Right?

Wrong. The Chiefs are already 2-0, outscoring their opponents 71-45, with a Thursday Night division win over Justin Herbert’s Chargers here in Week 2.

And making Mahomes an underdog was a bad idea.

“I always feel like I have something to prove,” Mahomes said after the Chiefs’ 44-21 thrashing of the Arizona Cardinals. “I’m just this guy from Texas Tech that they said couldn’t play in the NFL. So I always have that mindset of going out there and proving that we’re the Kansas City Chiefs and we still have a chance to go out there and win the AFC championship and win the AFC West and win the Super Bowl.”

This is not to minimize what Josh Allen’s Bills did to the reigning champion L.A. Rams in the NFL season opener. Buffalo definitely has the firepower to compete with Kansas City, as they demonstrated in that 42-36 overtime divisional playoff loss in January.

Mahomes and the Chiefs benefited from some terrible officiating Thursday night that robbed the Chargers of two interceptions, too. And Kansas City’s secondary on defense is young and suspect.

But Mahomes’ talent is enough to keep winning, along with the coaching of Reid and defensive coordinator Steve Spagnuolo. And adding a chip to the former MVP’s shoulder gives him another reason to unleash fresh firepower on the league.

Mahomes received a confusingly low grade from Pro Football Focus in Week 1, for example, after completing 30 of 39 passes for 360 yards and five TDs against the Cardinals.

So on Thursday, after beating the Chargers, Mahomes cracked about one of his near interceptions: “I’m sure PFF will have me at a low grade for that, but I’ll keep it rolling.”

PFF returned with these numbers after the Chiefs beat the Chargers: Mahomes is 21 of 32 against the blitz this season for 231 yards, six TD passes …read more

Pat Leonard’s NFL Notes: Patrick Mahomes with a chip on his shoulder is bad news for rest of NFL

The Queen of the World