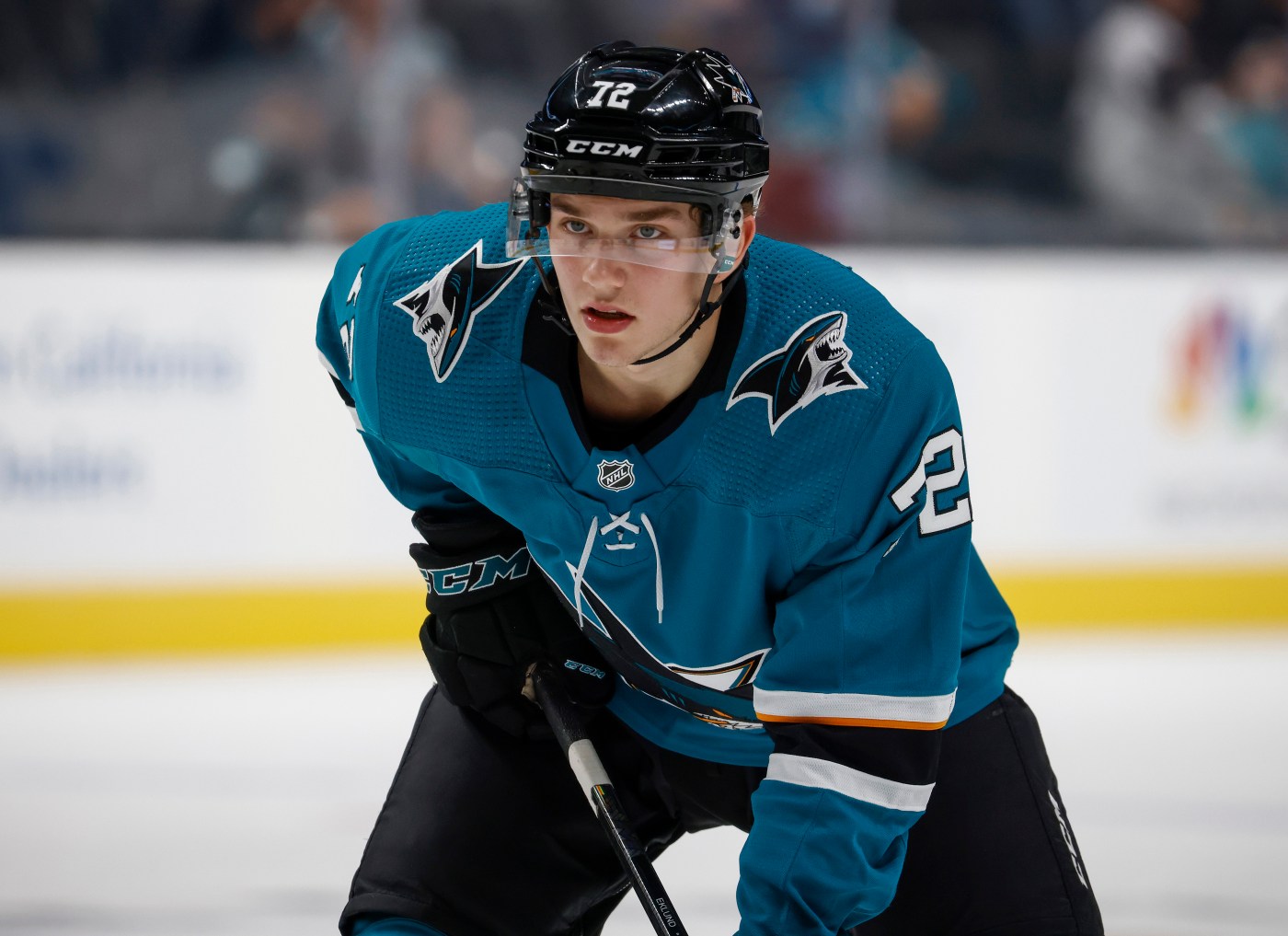 SAN JOSE – Sharks forward William Eklund carried the puck across the blue line in overtime Friday night before he cut toward the middle of the ice at the top of the circle.

Eklund then quickly spun to right, put the puck on his backhand, and zipped around Anaheim Ducks defenseman Olen Zellweger. As he got to the crease, Eklund then put a shot on net and tapped the rebound past Ducks goalie Gage Alexander for the dazzling game-winning goal.

“(Zellweger’s) skate was going towards me, so I was trying the spin-o-rama move there,” Eklund said of his goal that gave the Sharks a 3-2 win. “Luckily it went through.

So did the few hundred fans in attendance at Tech CU Arena for the Sharks’ first game at the NHL Rookie Faceoff. It’s also likely the dozen or so members of the Sharks’ brain trust, perched in one corner of the arena, enjoyed what they saw from Eklund, as well.

Eklund, San Jose’s most tantalizing prospect since Timo Meier, also had a goal and an assist in regulation time Friday, showing why he could be a huge asset to the scoring-challenged Sharks this season. Training camp begins Wednesday.

“My goal is to make the team,” Eklund said. “That’s what I want to do, exactly like last year.”

Even though general manager Mike Grier improved the Sharks’ forward depth in the offseason, there could still be a place for Eklund on the season-opening 23-man roster.

Grier added a handful of veterans to the mix, like center Nico Sturm, and wingers Oskar Lindblom, Luke Kunin, and Steven Lorentz. All of those players should help the Sharks become a harder team to play against.

But Eklund’s skill set would appear to be something the Sharks could desperately use.

While Lindblom could be used as a top-six forward to start the season, perhaps alongside Logan Couture, the Sharks don’t really have an obvious candidate to be the second winger on that potential line.

Kevin Labanc could potentially fill those shoes, but that’s no guarantee, and for the record, the left-shot Eklund made sure to say earlier Friday that he can play right wing as well.

So while Grier and Sharks coach David Quinn both do not want to give NHL jobs to players who aren’t ready, Eklund, who won’t turn 20 until Oct. …read more

Aaron Rodgers’ Week 1 struggles were notable. Can the Chicago Bears pounce and expose more of the Green Bay Packers’ vulnerability?