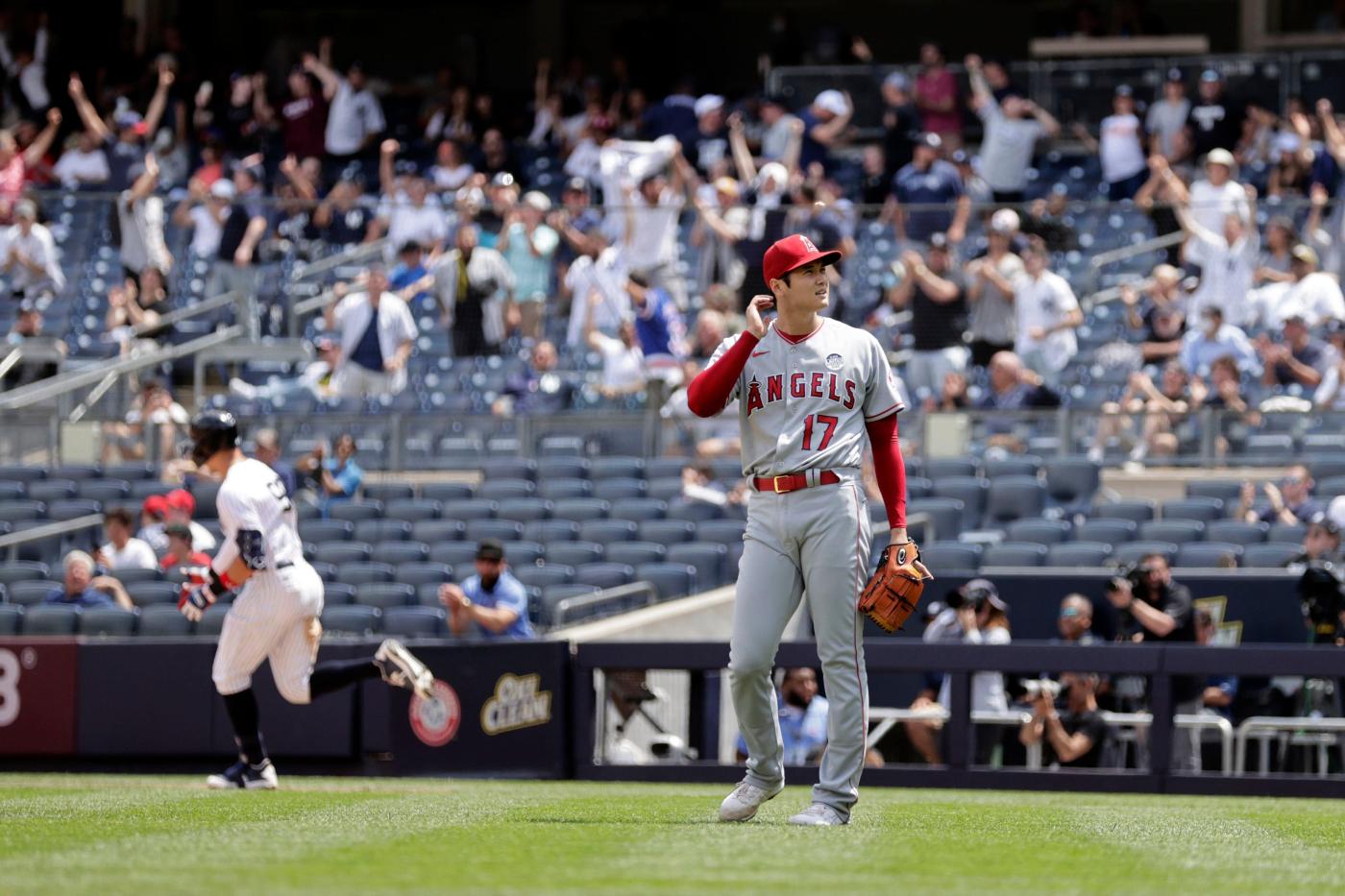 MILWAUKEE — Tyler Wade wouldn’t say it, but he is biased. The infielder, who is with the Yankees here at American Family Field as a taxi squad member, came up through the Bombers’ minor league system and has been close to Aaron Judge for years. This last season, however, Wade began the year on the other coast getting an up-close look at Judge’s biggest challenger for the American League Most Valuable Player award.

So he has an interesting perspective on the race.

“That’s a tough question,” Wade said when asked to compare both players’ seasons and determine who he would vote for. “Obviously, with the language barrier, I didn’t get to know [reigning MVP Shohei] Ohtani as well, but being able to watch him and just reading body language and you can feel his intensity.

“But I put [Judge] in the LeBron and the Kobe and the [Michael Jordan] type mindsets, because I think when he sets his mind to something there’s no stopping [him] like he’s gonna accomplish that,” Wade said. “Just nothing’s gonna stop that. So I just put him in that top five percent of those athletes.”

Wade rejoined the Bombers in July after he was designated for assignment by the Angels.

The rest of the baseball world will just have to debate the meaning of “valuable,” in the award. Does it mean valuable in the greater sense of the game on a losing team like the Angels for Ohtani, who was the impetus for MLB changing their designated hitter rule this offseason. He has 34 home runs and 88 RBI as a hitter and is 12-8 with a 2.55 ERA and 188 strikeouts as a pitcher.

“I mean, that’s not easy, I mean, doing one or the other at a high level is extremely hard,” Wade said of Ohtani. “But like his preparation every day and how strict it is. I feel like the more I watched them, I was like, OK, he’s here at a certain time. … Just the way he prepares is amazing.”

Ohtani, however, is once again doing it on a team that is not in contention for the playoffs.

Judge is having a historic offensive season, going into Saturday night’s game on pace to break Roger Maris’ single-season AL home run record of 61 homers and chasing a possible Triple Crown as the Yankees are closing in on a division title and looking to make a World Series run.

Tyler Wade weighs in on the Aaron Judge vs. Shohei Ohtani MVP race

Kelly Clarkson Reveals Secret Battles After ‘Idol’: ‘I Had To Fight Like Hell’