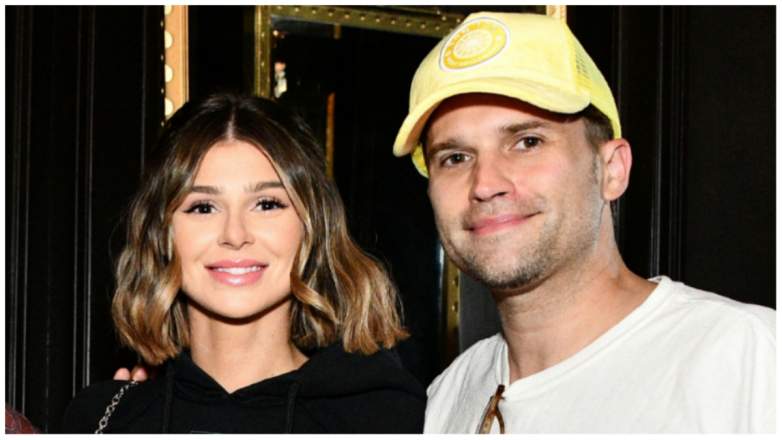 A “Vanderpump Rules” star spoke out about rumors that two of her co-stars recently hooked up.

Five months after Tom Schwartz and Katie Maloney announced plans to divorce, there were rumors that the Schwartz & Sandy’s owner hooked up with co-star Raquel Leviss at Scheana Shay and Brock Davies’ wedding in Mexico.

According to a source for Hollywood Life, Maloney walked in on Schwartz, 39, and Leviss, 27, making out in an underwater cave hours before the wedding ceremony at a Cancun resort — and that Bravo caught the aftermath. “Katie went off and cameras were rolling on the entire thing,” the insider claimed. “She was screaming at them, and they were yelling back.”

Another source told Us Weekly that Schwartz and Leviss were later seen “making out at the after-party,” and that more than kissing “happened” between the two co-stars.

In an interview with Radar Online at the Summer Spectacular event held by the Brent Shapiro Foundation on September 12, 2022, “Vanderpump Rules” star Lala Kent revealed she is “grossed out” by Leviss and Schwartz’ hookup. She also hinted that some of the drama that took place afterward could be featured on the upcoming 10th season of “Vanderpump Rules.”

It’s not a surprise that the “Give Them Lala” author isn’t shipping a Leviss/Schwartz romance. For starters, Leviss ended her engagement to Kent’s good friend, James Kennedy, in December 2021, so Kent is undoubtedly Team James.

Not only is she close friends with both Kennedy and Maloney, but Kent has long butted heads with Leviss, once referring to her as a “Bambi-eyed b****.”  During the “Vanderpump Rules” season 9 reunion, Leviss revealed that she knew Kent as  “a mistress”  to a then-married Randall Emmett when she first met her.

In addition, Kent recently revealed that she cut Schwartz out of her life when he continued to talk to her ex following their volatile split last fall. “I learned that Schwartz hung out with that person [Randall] the other day. So, I cut him out,” Kent said on “Watch What Happens Live” in April, 2022, per People. “I’m not the type of person to say, like, you have to pick a side. But in this situation, if you don’t …read more

The benefits of planting drought-resistant groundcover in your garden