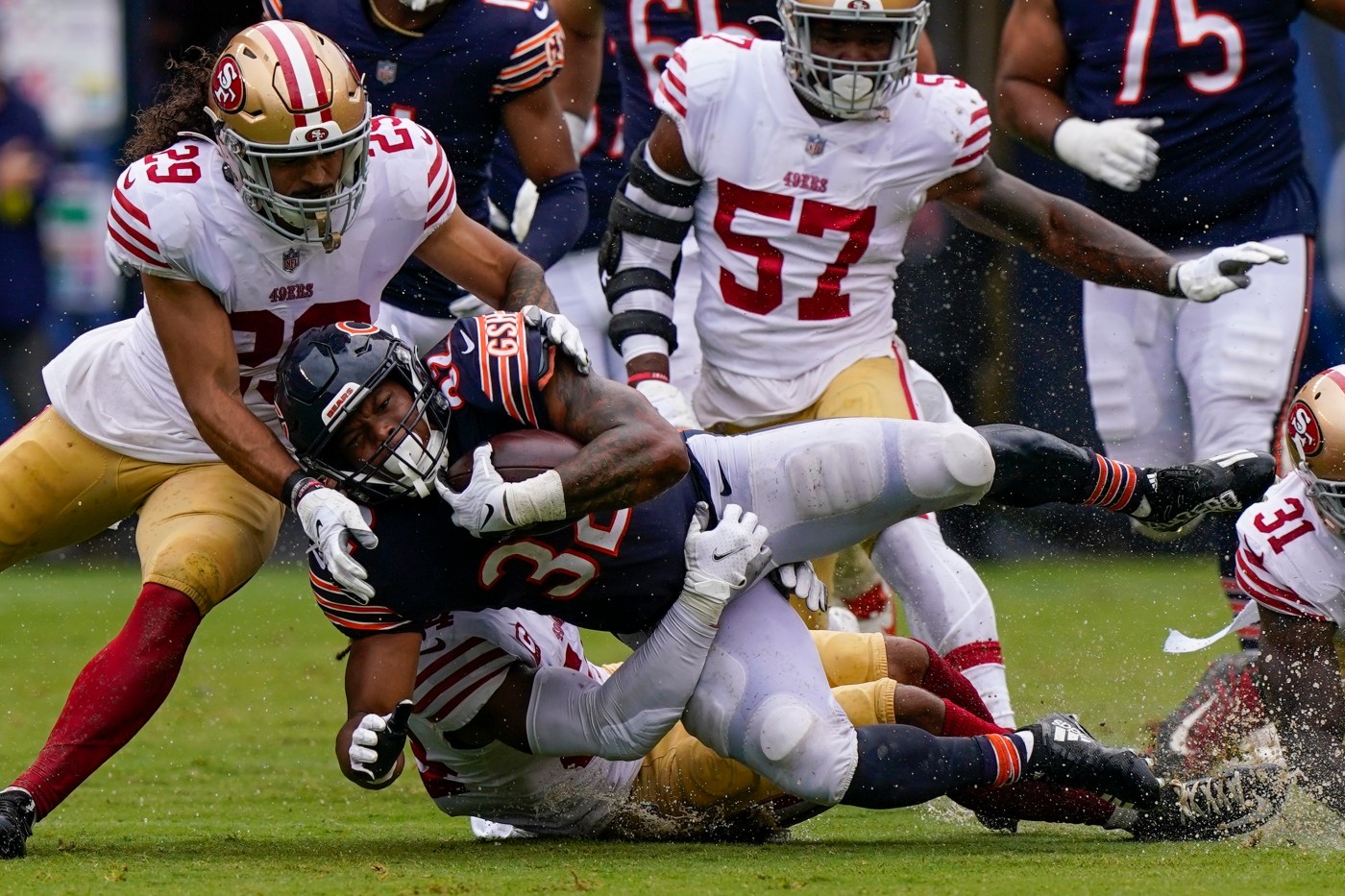 It all fell apart in the second half in the Chicago downpour in Week 1 for the 49ers. Now, how will the Niners do in the rain back at home?

The 49ers will play their first game at Levi’s Stadium in 2022 against their division rival Seahawks on Sunday afternoon, though the normally brutal September sunshine isn’t expected to appear through the rain forecast throughout the day.

In his first game as the full-time starting quarterback for the red and gold, Trey Lance struggled to connect through the air, completing just 13-of-28 passes for 164 yards and an interception. He was able add more offensive value with his legs, tallying 54 yards rushing on 13 carries. But the weather was a factor in the passing game, especially on the screen passes the Niners like to run to their top receivers.

The Shanahan run game: System has evolved, but can still operate with interchangeable backs

When 49ers’ captain Nick Bosa talks on eve of games, he has ‘meaning’ to it

Kurtenbach: My prediction for 49ers-Seahawks — chaos if the Niners lose

The offensive depth is being tested already, too. Running back Elijah Mitchell was placed on injured reserve with a knee sprain and is expected to be out at least six weeks, with Jeff Wilson Jr., Jordan Mason and Ty Davis-Price expected to get …read more

49ers live updates: Niners look to bounce back in another rain game, this time against rival Seahawks