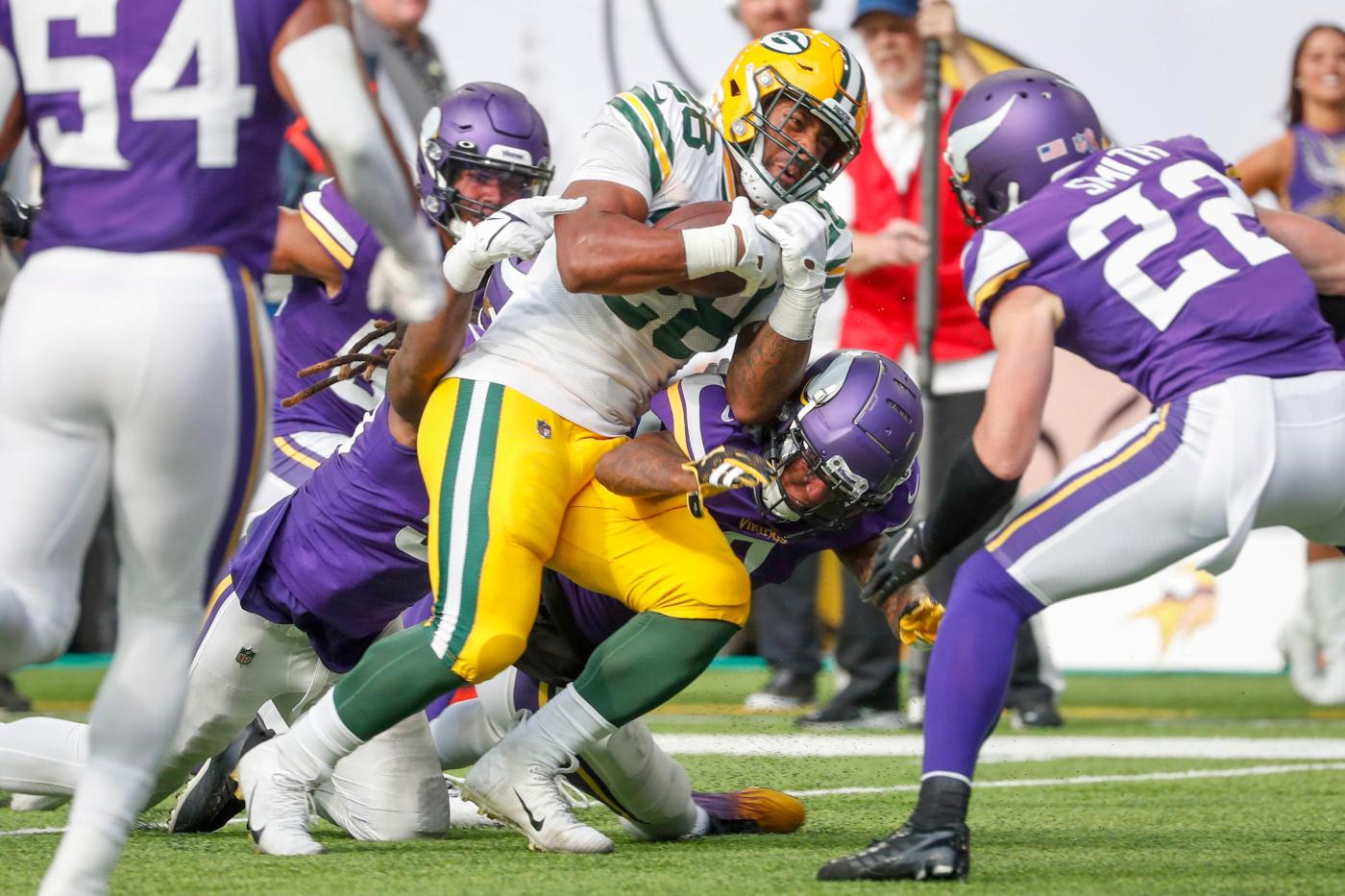 Dominique Robinson was bummed after the 2019 MAC championship game.

The Miami (Ohio) RedHawks won the game, upsetting Central Michigan, but playing time was becoming increasingly inconsistent for the junior wide receiver. He figured it was time to ask about switching positions. After all, pretty much every position coach in the program had asked him multiple times to come join their room.

Robinson was going to wait until after the season, but the RedHawks landed in the LendingTree Bowl on Jan. 6, a full month later, so he texted coach Chuck Martin and wide receivers coach Israel Woolfork and asked for a meeting.

Robinson sensed instant relief on the face of Martin when he made the request. He hadn’t told the coaches what he wanted to talk about and figured they might wonder if he was fixing to transfer.

“I said, ‘I was thinking H-back but I love the idea of defensive end,’ ” Martin recalled. “We had told him all along, you can basically go wherever you want.”

The group decided Robinson would remain a wide receiver for the game against Louisiana — Robinson had only 14 receptions for 296 yards on the season — but they would let him get a feel for defensive end in one bowl practice.

“First snap, he beat the tackle and I was like, ‘Wow! That was pretty good,’ ” Martin said. “Just natural, stacked him, put his hands on him. We knew that first day.”

“Any time you move an offensive guy, especially a

skill guy to defense, the No. 1 thing is their willingness to hit people, be physical,” said defensive line coach E.J. Whitlow, who moved to Air Force this season. “Especially when you are talking wide receiver to D-line. When Dom got out there, the speed and bend, turn the corner and cause a problem, that was natural for him. But his willingness to put his face in there in the run game and be physical on contact, it was like, ‘Hey, we might have something.’ ”

Robinson might have surprised even himself in that first practice. Miami was the only school to recruit him, and he arrived on campus as a quarterback, a position he stayed at for all of three practices.

“When I moved from quarterback to receiver and I watched myself on tape, you could tell I just didn’t look like a receiver,” Robinson said. “It took a little …read more

Column: Dominique Robinson — from college QB to receiver and now defensive end — could be a gem for Chicago Bears

If you want speed cameras legalized in California, let them know in Sacramento: Roadshow