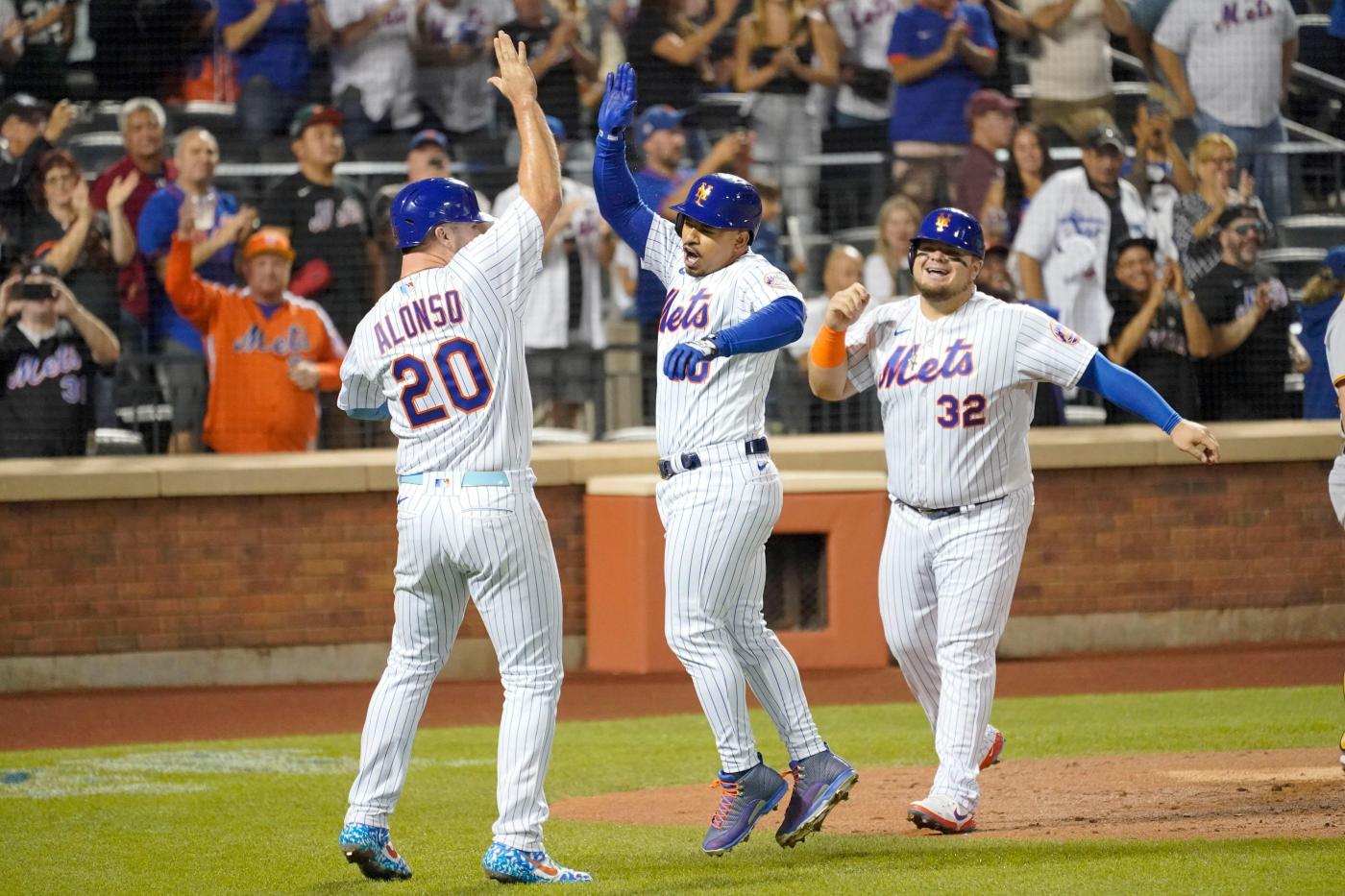 It’s Eduardo Escobar’s world, we’re all just living in it.

In watching Escobar over the last three weeks, it’s genuinely hard to believe this is the same guy who had a .676 OPS in the season’s first half. In the second half, that number was at .830 entering Saturday’s game and 1.141 since Aug. 30.

During the Mets’ 5-1 win over the Pirates on Saturday, Escobar got things going with a three-run homer in the second inning and narrowly missed hitting a second one out in the fourth. With Chris Bassitt free to toy with the Pirates’ untrained lineup, the Mets sewed up a series win over Pittsburgh for the second time this month.

A pitcher’s duel briefly broke out at Citi Field on Saturday. Bassitt and Pirates’ righty Bryse Wilson allowed seven combined hits in 11.1 innings, with Escobar’s three-run tater serving as the only runs that either starter gave up while pitching. Wilson was charged with a fourth earned run when reliever Eric Stout walked in one of the runners Wilson was responsible for.

The Mets had plenty of chances to add on throughout the game. Continuing their slightly troubling trend of leaving runners on base — they stranded 21 runners in three games while getting swept by the Cubs earlier in the week — the Mets once again left food on the table. Saturday night saw them leave 12 ducks on the pond, but the whole appeal of playing the Pirates is that you don’t have to be perfect.

Bassitt can vouch for that. Two walks qualifies as a lot for him, a man with one of the lowest walk rates among qualified National League starters. The performance gave Bassitt multiple walks in back-to-back starts for the first time since June 3 and 8. But he also put eight strikeouts in the books on Saturday, and above all else, built a highly-protective gate around home plate.

In his six shutout innings, Bassitt only let four runners reach scoring position. Both times — the Pirates put guys on second and third in the fourth and six innings — he responded with a big, swinging strikeout.

Getting Escobar and Bassitt back on track is a huge boon for the Mets. Bassitt was off his game in his previous start against the Cubs, lasting just 3.2 innings as two Chicago hitters took him deep. Every player on the team’s playoff roster will be needed, and those two …read more

Packers Send Clear Message on Rookie Ahead of Bucs Matchup

Meta CEO Mark Zuckerberg and his wife, Priscilla Chan, are expecting baby No. 3