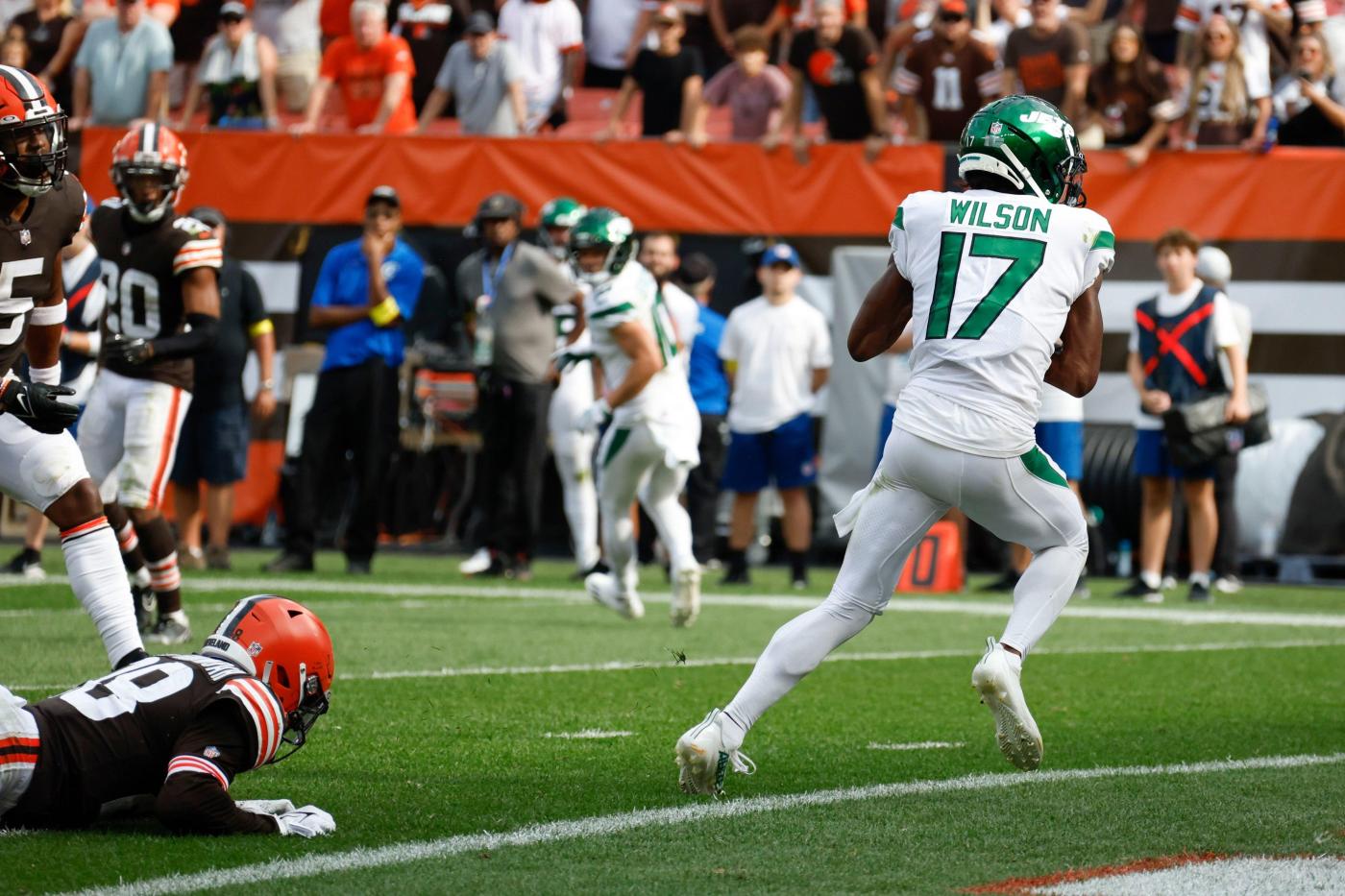 CLEVELAND — Robert Saleh and many Jets players have said this year’s team is different.

Maybe they’re on to something after Sunday’s comeback victory at FirstEnergy Stadium.

Down 30-17 with 1:55 left in the game, it seemed like the Jets were about to lose their 15th consecutive game in the month of September. But Joe Flacco completed a 66-yard pass to wide receiver Corey Davis cut the deficit to 30-24 with 1:32 remaining.

Then with no timeouts remaining, Gang Green performed an onside kick and cornerback Justin Hardee recovered with 1:22 left on the clock. That set up Flacco’s game-winning touchdown pass to rookie Garrett Wilson with 25 seconds remaining as stunned Cleveland fans started exiting the stadium.

Jets coach Robert Saleh took a lot of heat last week about saving receipts on people who doubt him and the team. But running back Michael Carter says he never lost confidence in the Jets despite their 24-9 loss to the Baltimore Ravens in Week 1.

“From a media standpoint, y’all take one loss way too seriously,” Carter said after the game. “I can’t blame y’all because I wasn’t here before and it probably was a lot of losing.

“But that’s not my fault, that’s not our fault. We are here to change that. We respect the guys that came before us, but we are trying to win and win now.”

The Jets organization has seen its fair share of losing during the last 11 years. Only the Cleveland Browns and the Jacksonville Jaguars have a worst record than the Jets since 2010.

Since the start of the season, Saleh has said he is trying to change the narrative of the Jets as the team tries to go from losing to being perennial winners. The way they can change that is to win games like this after.

Fans on social media were calling for Flacco to be benched for backup Mike White. They also called for Zach Wilson (meniscus) to return sooner than Week 4.

All Flacco did Sunday was throw for 307 yards and four touchdown passes.

“You have to win a hell of a lot more than one game,” Saleh said. “Joe Flacco was absolute lights out, four touchdown passes, a really good game.

“Joe is 37 years old. He’s been in this league a long time. He’s seen the best of times and the worst of times. He knows last week wasn’t his best game.

“You just trust a guy like Joe, …read more

Jets believe comeback victory could be the start of a change