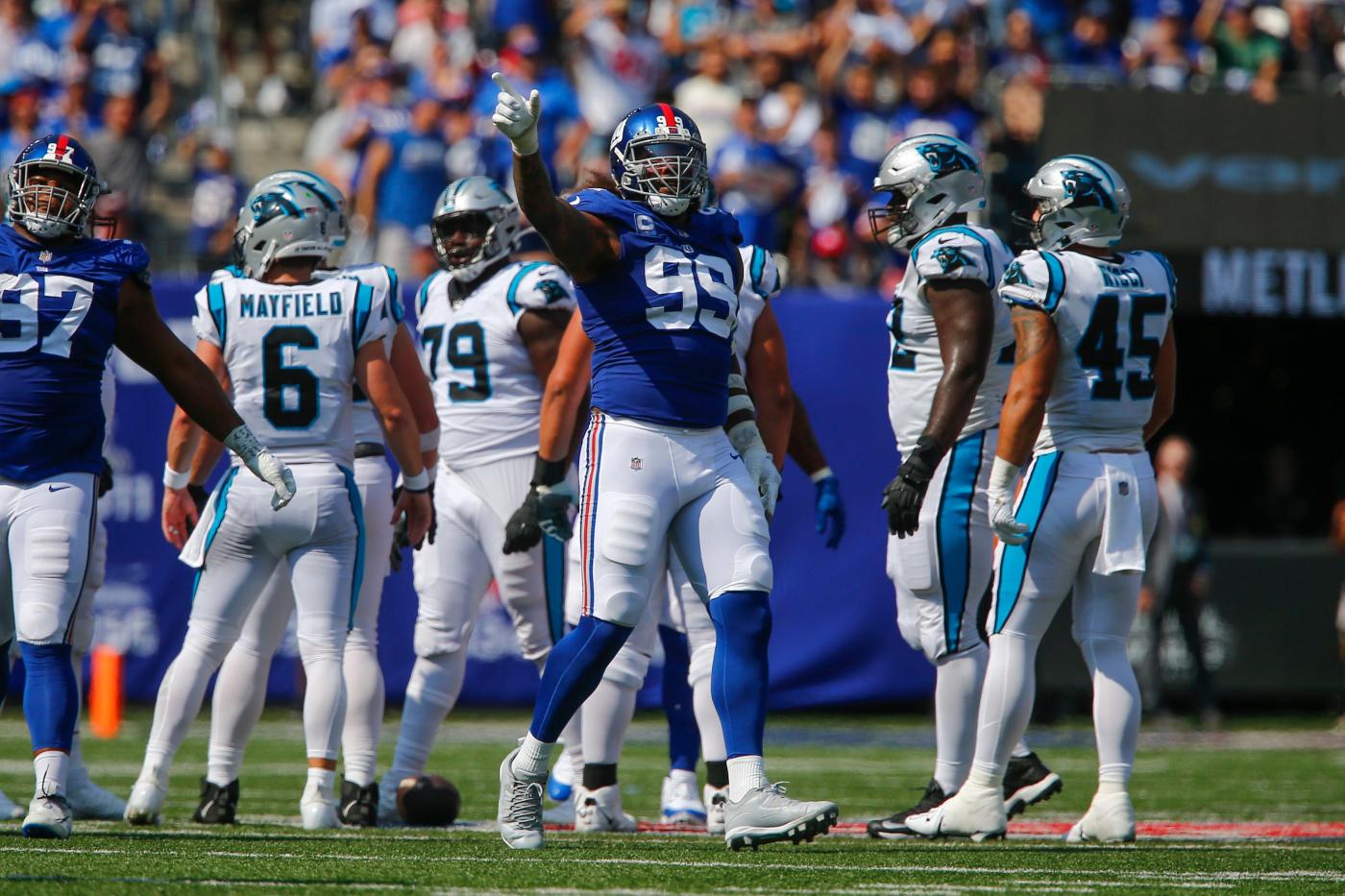 Leonard Williams was wearing a large, removable black brace on his right knee when the media entered the Giants’ locker room after Sunday’s game. And his demeanor suggested understandable concern about a potential diagnosis.

“I can’t talk about it, guys,” Williams said, trying to head off injury questions. “So don’t ask me about it.”

Williams left Sunday’s win with 8:09 remaining in the third quarter after Panthers right tackle Taylor Moton inadvertently rolled up on Williams’ right leg. The Giants’ defensive tackle stayed down on the turf for several minutes before limping to the locker room and being ruled out.

He will have an MRI on Monday to determine the full extent of the damage. There was some initial internal optimism about the severity, but no one could say for sure until Monday’s results came back.

It’s still conceivable Williams will miss meaningful time even if the injury isn’t season-ending, though he is known for playing through pain.

Postgame, Williams politely agreed to answer football questions instead. He said the Giants “kept our humility” after their season-opening win in Tennessee and stayed grounded to beat Carolina for a 2-0 start.

But when a Giants public relations employee asked Williams to put a shirt on for the cameras, the Giants’ defensive tackle pleaded for some understanding.

“Can you give me a break?” he said, sounding emotionally drained.

Giants receiver Sterling Shepard then tried to end the interview, saying Williams shouldn’t have to talk because he’s injured. And at that point, Giants P.R. abruptly cut off the conversation.

The Giants’ defense held the Panthers to only 145 yards passing and 16 points on Sunday, including only three Carolina points after Williams left the game.

Christian McCaffrey did bust out for a 49-yard run to set up that Panthers field goal in the fourth quarter, though.

So Don Martindale’s defense held on without Williams on Sunday, but it could be a tall task to win without the team’s highest-paid player in future weeks.

Both snaps came in the red zone on 2nd and 10 downs from the Carolina 18 and 16-yard lines, respectively. Golladay wasn’t in the locker room after the game when the media entered, either.

He still had the same amount of total yards as Kadarius Toney, who made two catches for zero yards on 26 snaps (up from seven snaps in Week 1). But …read more

Mark Canha says ‘There’s nothing you can do’ after his 24th HBP this season, Mets set MLB record on Wednesday after getting plunked for 106th time