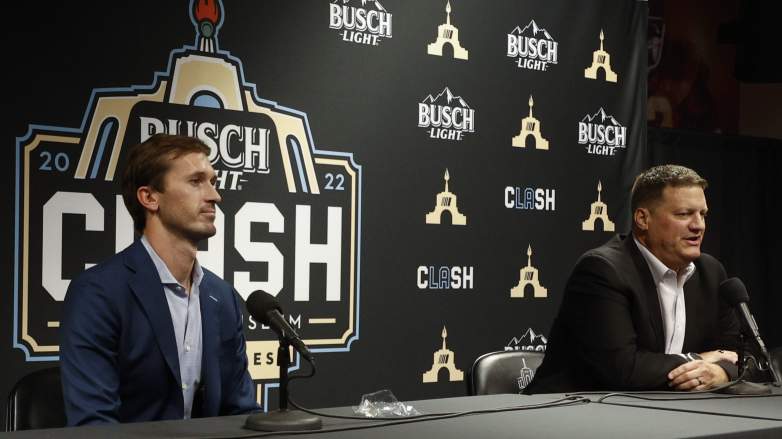 NASCAR has previously competed in international markets but hasn’t done so since 2019 when Brett Moffitt won at Canadian Tire Motorsports Park. However, there are still plans to go both north and south in the future.

Ben Kennedy, SVP of Racing Development and Strategy, provided some comments on the future during an appearance on SiriusXM NASCAR Radio. He spoke to host Dave Moody about the 2023 schedule and noted how the uncertainty surrounding the ability to go back and forth across the border played a role in the lack of races in Canada.

“That’s part of the factor, for sure,” Kennedy said. “But whether you think kind of north of the border or south of the border, Mexico, those are two markets that it feels like we should have some national series races in the future. I think we still need to work out exactly what that looks like and where that is.

“Something that we’re going to be looking at, I would say, in the next probably one to two years is trying to figure out what options we have up in Canada. Trying to create a big splash and do something meaningful up there.”

GettyBen Kennedy (left) indicated that the Brickyard 400 could return.

There has been a history of NASCAR moving north of the border to compete in Canada. Both the Xfinity Series and Truck Series drivers have made the journey while taking on two separate tracks.

There is a scenario where one of these two series returns to Canada. No one knows when this will happen, but Kennedy’s comments indicate that there could be multiple international races in the near future that appeal to audiences in both Canada and Mexico.

Dolphins vs Ravens Live Stream: How to Watch Online