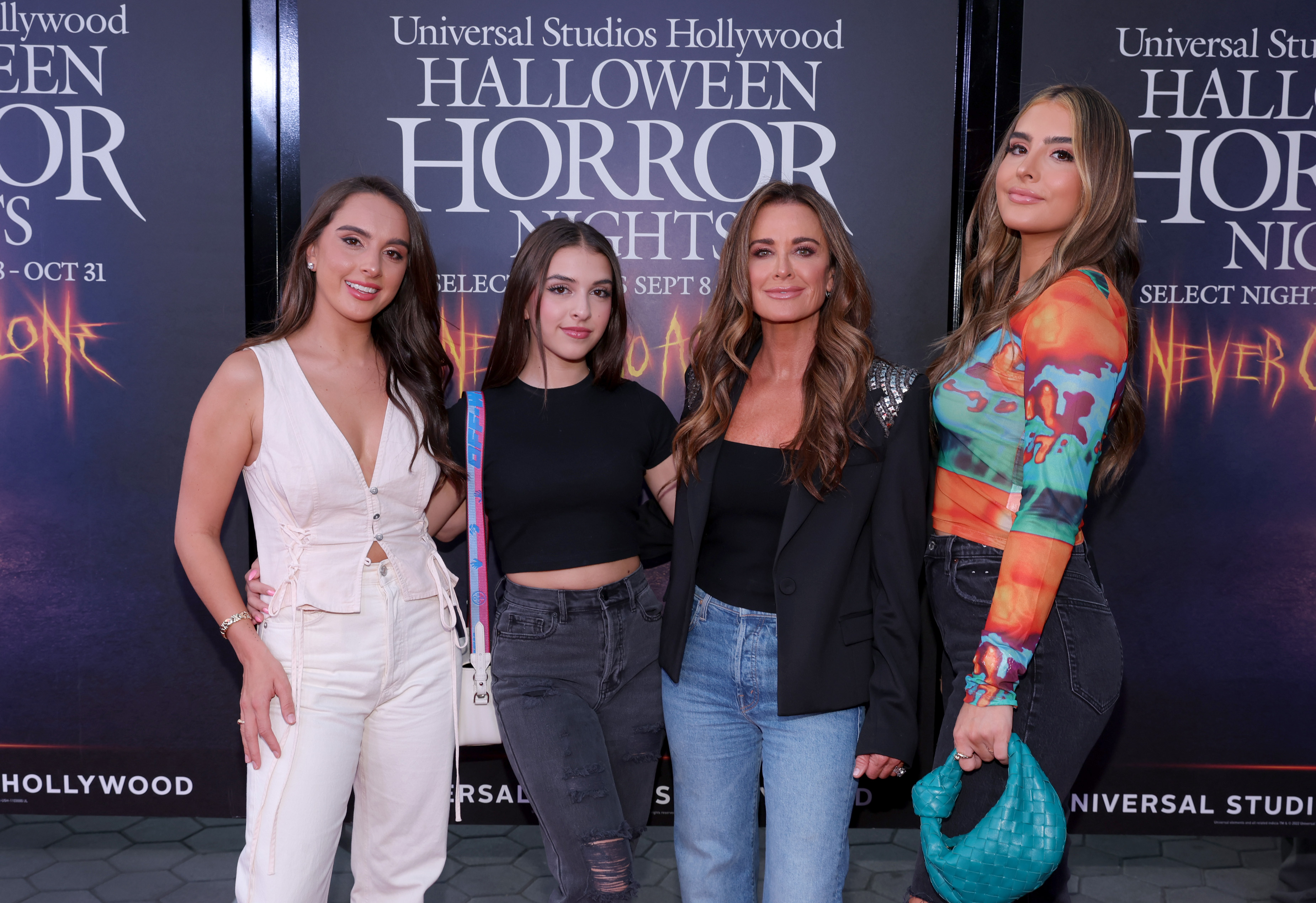 Kyle Richards and three of her daughters were on-hand for the opening night celebration for Universal Studios’ Halloween Horror Nights on Thursday, September 8, 2022.

Richards walked the red carpet with her girls and with her “Halloween” co-star Jamie Lee Curtis, who actually made a guest appearance on the 12th season of “The Real Housewives of Beverly Hills.”

Richards wore a pair of wide leg jeans, open-toe heels, a black fitted top and a black blazer and showed off her newly lightened hair. She held hands with Curtis as the two posed for photos and also enjoyed the night out with her three youngest kids, Alexia Umansky, Sophia Umansky, and Portia Umansky.

Access Hollywood caught up with Richards at the event and asked her about the current RHOBH season. The ladies filmed the reunion on Friday, September 9, 2022. Richards was asked how she was feeling heading into the reunion.

“It’s very scary going into the reunion — maybe as scary as Halloween Horror Nights. Maybe scarier, I don’t know. It’s a toss up,” Richards said. “It’s just going to be hard. It’s been a really rough season. The cast, you know, it’s been rough. There’s been so many things out there on social media… all the outlets already talking about the show, it just makes the stress even more,” she explained.

“I’m looking forward to just having it be over really,” she said.

The reunion has since filmed and Andy Cohen shared very few tidbits from what went down.

“That was really intense,” he tweeted after the day wrapped. On Radio Andy, Cohen revealed that the filmed for several hours, not finishing until about 10 p.m. It’s unknown how many parts the reunion will be once it’s edited. The predicted timeline for the season 12 reunion to air is October 2022.

Richards visited the salon ahead of her night out at Universal Studios and debuted her new hair color on the red carpet.

“I thought I needed a change to lighten my mood. Thank you @dimitrishair. Now I am ready for the big day….” Richards had captioned a Reel that she shared …read more