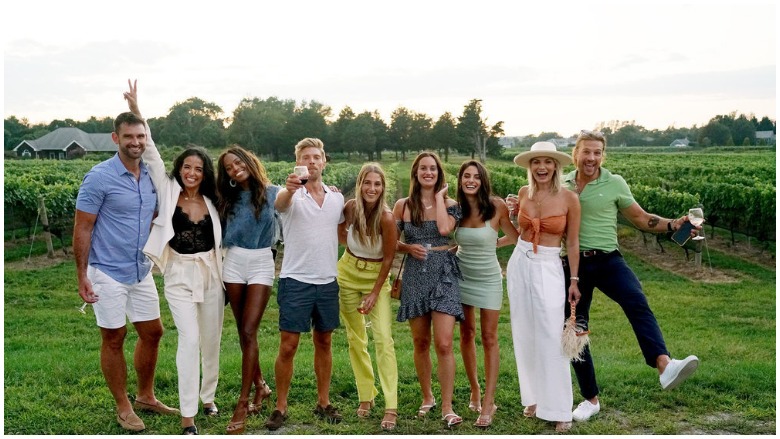 A former “Summer House” cast member spoke out about one of her co-stars.

Hannah Berner, who was a cast member on the Bravo reality series for three seasons, famously butted heads with co-star Lindsay Hubbard throughout her run on the show.

Hubbard and Berner’s issues date back to 2019 when the public relations pro accused her new roommate of “talking s***” about her on a podcast. In a flashback clip, Berner was seen on a podcast claiming that Hubbard treated her like a “minion,” per Bravo. Hubbard retaliated by not inviting Berner to a VIP New Year’s Eve celebration with the rest of the cast.

Berner addressed the diss while speaking on “Watch What Happens Live” in February 2021, telling host Andy Cohen that her “sort of boyfriend” at the time, Luke Gulbranson, thought the slight was “weird.”

“I definitely felt hurt. It sucked,” she said of being the only “Summer House” cast member not invited to the event.

In May 2022, Berner married comedian Des Bishop.  DeSorbo was by her side, as was fellow “Summer House” star Ciara Miller, but Hubbard, who recently got engaged to “Summer House” OG Carl Radke, was nowhere in sight.

While Berner hasn’t been a cast member on “Summer House” for the past two seasons, she still has some feelings about Hubbard. According to Page Six, during a taping of her “Giggly Squad” podcast on September 10, 2022, Berner answered a fan who asked about the status of her relationship with her ex co-star.

“[Lindsay Hubbard] is the meanest person I’ve ever met,” she said.

Berner added that she tries to take the high road. “I have love for everyone,” Berner added. “You don’t always have to talk to people, but you can still wish them the best.”

Aaron Judge by the numbers: A deep dive into Yankee slugger’s unforgettable season … with more to come

Dancing With the Stars Season 31 Premiere Elimination: Who Was Sent Home Tonight? 9/19