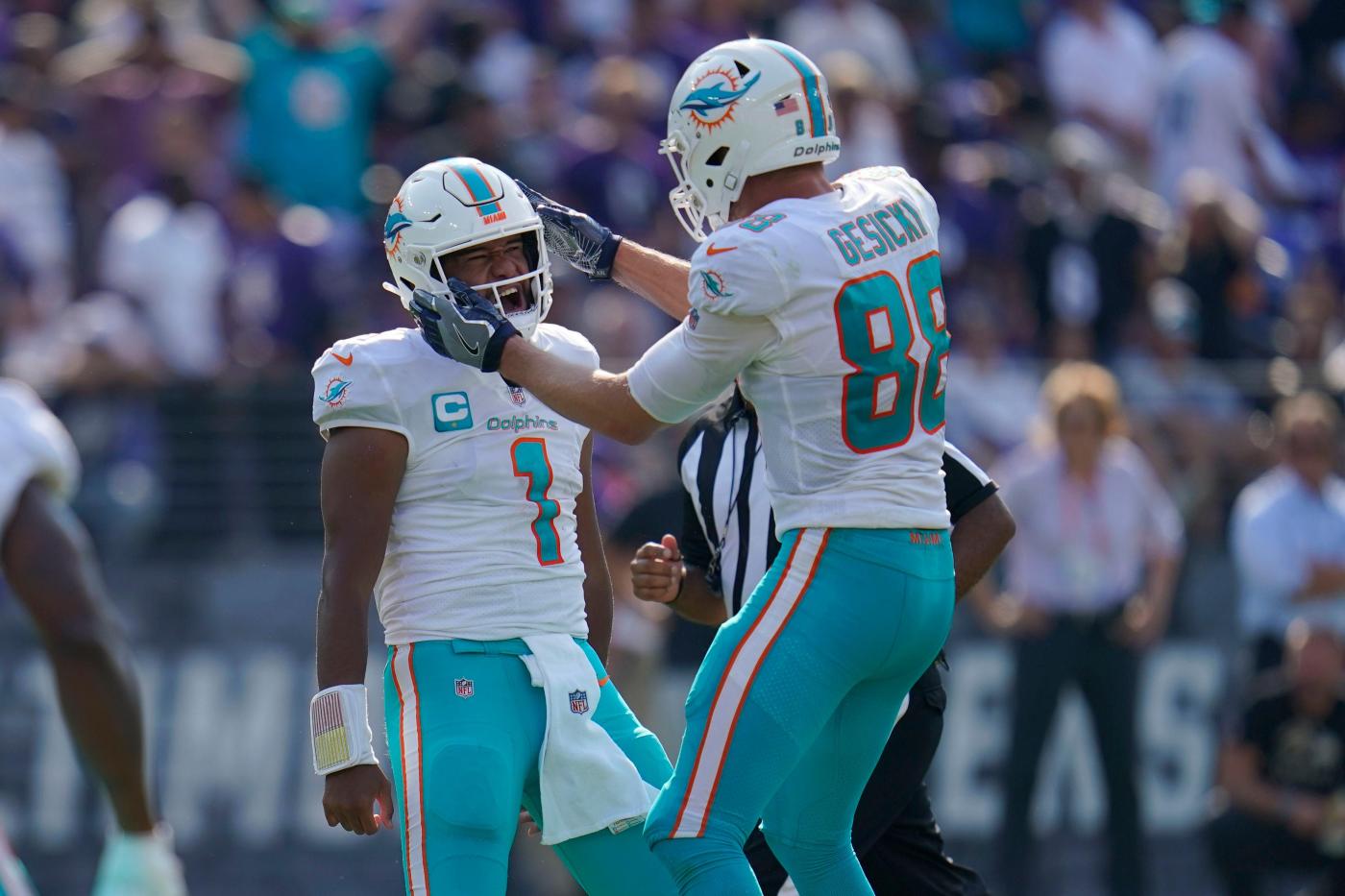 Here are some takeaways from the Miami Dolphins’ astonishing comeback victory over the Baltimore Ravens:

Dolphins quarterback Tua Tagovailoa got off to a rough start but rallied his team in the second half and ended up tying a franchise record with six touchdown passes (tied with Bob Griese and Dan Marino). Tagovailoa was 12 of 20 for 150 yards, no touchdowns and two interceptions in the first half for a 60.4 passer rating. He finished 36 for 50 for 469 yards, six touchdowns and two interceptions for a 124.1 passer rating. Tagovailoa didn’t force any passes in the second half and his decision-making and accuracy were strong. Amazing performance. — Chris Perkins

Tyreek is human … and amazing

Wide receiver Tyreek Hill, the six-time Pro Bowl selection and human cheat code, missed part of the second half with leg cramps but came back to be a difference maker with two fourth-quarter touchdowns. Hill, who came back to score deep touchdowns of 48 and 60 yards, had to go to the lockerroom for part of the third quarter. But the dude was money when he returned.

Tight end Mike Gesicki, the subject of trade rumors, found a spot in the offense Sunday with his four receptions for 41 yards and a touchdown. Gesicki had one reception for 1 yard last week and only played 42% of the offensive snaps. But his role in the offense was notably increased against Baltimore. Gesicki went up high for his rousing 14-yard touchdown reception in the third quarter.

Tua’s first interception was a poor decision, second was even worse

Quarterback Tua Tagovailoa, on a bad decision, but not such a bad throw, when he tried to squeeze a pass to Tyreek Hill in the first quarter and safety Marcus Williams tipped it, rolled over …read more

Why are tribal casinos and California’s cardrooms at odds over Prop 26?

Bilt Mastercard holders can earn up to 6x bonus points on spending with Bilt’s new ‘Rent Day’ promotion, and get potentially thousands of dollars in savings with partners