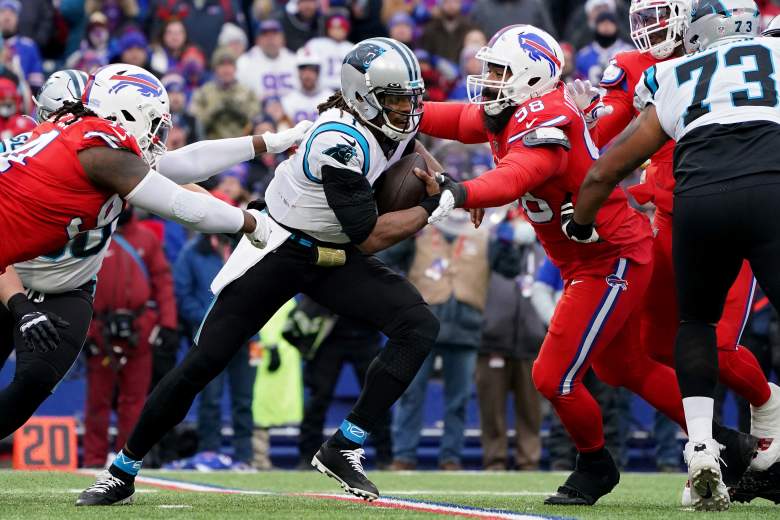 The Buffalo Bills had a rest day on Sunday since they are scheduled to take on the Tennesee Titans on Monday Night Football in Week 2, but that didn’t stop the team and how they utilize quarterback Josh Allen from becoming a hot topic of debate.

During the opening quarter of the San Francisco 49ers‘ matchup against the Seattle Seahawks on September 18, quarterback Trey Lance ran the ball up the middle before falling awkwardly on his right leg, suffering what head coach Kyle Shanahan confirmed during the postgame press conference as a season-ending injury.

Trey Lance is being carted off the field with his right leg in an air cast. pic.twitter.com/S2W9EO8eE2

While backup quarterback Jimmy Garoppolo stepped in and helped the 49ers beat the Seahawks 27-7, Shanahan faced heavy scrutiny for allowing his supposed franchise star to run the ball so much. During the team’s Week 1 loss to the Chicago Bears, Lance, who’s 6-foot-4 and 224 pounds, was the team’s leading rusher with 13 attempts for 54 yards.

During the postgame press conference, a reporter asked Shanahan about running the ball on 2nd-and-8 from the 21-yard line, the play in which the team’s first-round pick from the 2021 NFL Draft broke his ankle.

“Would it have been better if it was 2nd-and-4?” Shanahan clapped back, as reported by 49erswebzone. “There’s a few options on the play. It could have been a handoff. The D-end went up the play. It’s the exact same play we ran three plays before that where Deebo [Samuel] got a 52-yarder. So there’s a lot of stuff that goes into it.”

Shanahan says the play Lance got injured on is a “very normal play.”

Says other teams in the league, like Buffalo, with Josh Allen, do it quite a bit

When Shanahan was again asked about his play calling, he got “upset and irritated,” which is when he brought up the Bills.

“Buffalo does it all the time with their quarterback,” Shanahan said, per Niners Nation. “It’s a pretty normal play. It’s a part of football and it’s unfortunate he hurt his ankle on it, but it’s a very normal play. You guys should watch some other people.”