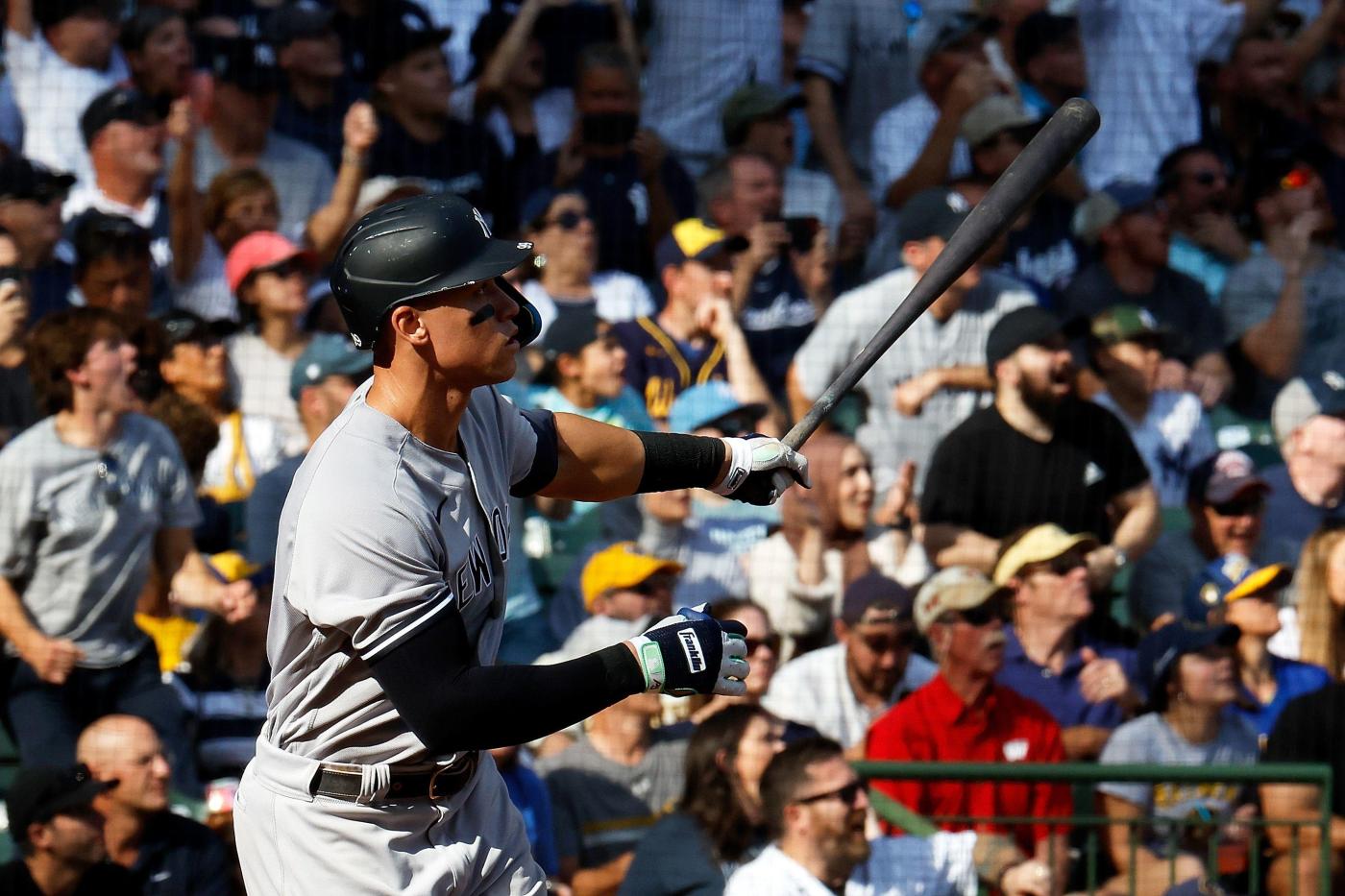 CHICAGO — This was as close as it gets. Aaron Judge hammered two home runs on Sunday and the Yankees slugger came as close as he has to admitting that he is on the verge of breaking a historic, 61-year old record. The Bombers head back to the Bronx where Judge will have two games against the Pirates and four against Boston to reach Roger Maris’ American League — and Yankees franchise — record of 61 home runs.

The thought of matching or beating Maris’s record across the street from where it was set and  in front of the Bleacher Creatures and the fans who have cheered him on since he broke into the big leagues at least made the stoic 30-year-old stop and smile for a minute.

“If it happens during a win, that would be great,” Judge said after hitting Nos. 58 and 59 in a 12-8 win over the Brewers at American Family Field. “That’s what I’m focused on. If I get a chance to do it at home, that would be great, too. But we’ll talk about it if that time ever comes.”

With 15 regular season games left and Judge putting together an all-around offensive season that has not been seen in over 20 years, it’s likely to happen sooner than later. He has shown an uncanny ability to block out the noise from outside even before he started hitting home runs this season. He stoically took on the Yankees this spring, turning down a contract extension that would have been worth over $230 million and betting on himself hitting the free agent market this winter.

He will already have a very gaudy resume when he does talk to “all 30 teams,” as he said he would after turning down the Bombers’ offer.

Not only does he lead MLB with 59 home runs — by a large margin — but his consistency this season has him within reach of winning the first Triple Crown since Miguel Cabrera in 2012. His .316 batting average is the third best in the American League and he leads the majors in 127.

The home run record would be an unbelievable bonus to an incredible season.

With the …read more

Aaron Judge doing his best to focus on wins, not home runs, as he prepares to step into history

Trump claimed he did a ‘great job’ with COVID and said the only thing Dr. Deborah Birx did well was scarves, book says