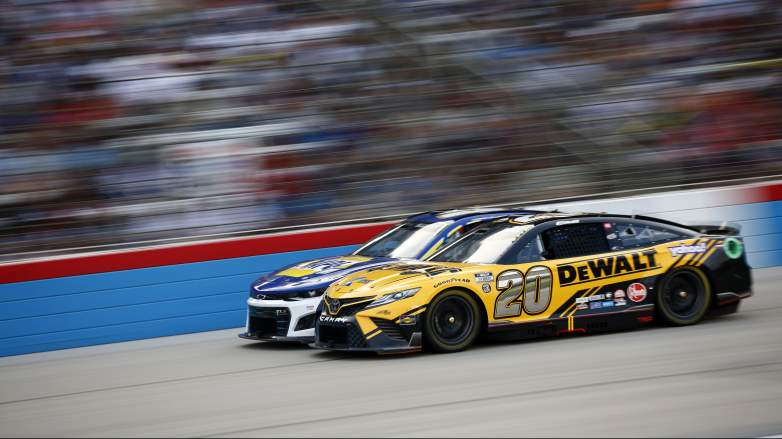 The NASCAR Cup Series drivers are only about to start the Round of 12, but they are not comfortable. Only one can win at Texas Motor Speedway, the most important track at the moment.

Texas isn’t a track that people would initially circle as the most important of the playoffs. It’s an intermediate set early in the 10-week schedule, and it has struggled to deliver the best battles since its repave in 2017.

Why this track is so important is how it sets up other events. The other two races in the Round of 12 take place at Talladega Superspeedway and the Charlotte Roval, both of which are considered wild cards.

There could be mechanical issues, massive wrecks, and other problems, so Texas is the best opportunity to gain crucial points and a potential win that would secure a spot in the Round of Eight.

“Looking at the next seven races, I would say Texas is arguably the most important race, outside of Phoenix,” Christopher Bell said after Bristol’s cutoff race, per Toyota. “Talladega, we all know how that is — there is going to be some lucky guys, and some unlucky guys. Texas is kind of the one place where you can control your destiny into the next round and the winner is going to feel really good if it is a Playoff car.”

The Points Set Up Another Intense Round

The trip to Texas Motor Speedway will set up another intense playoff round. The reason is that non-playoff drivers won every race in the Round of 16, which took away opportunities for the championship hopefuls to gain any advantage heading to Texas.

The points reset after Bristol Motor Speedway, which meant that all of the drivers are close together once again. Denny Hamlin, Christopher Bell, and Ryan Blaney are only four points above the cutline while Chase Briscoe is four points back. Alex Bowman, Daniel Suarez, and Austin Cindric are all within seven points of the cutline.

The only driver that is relatively safe entering the Round of 12 is Chase Elliott, who sits 31 points above the cutline. However, the driver of the No. 9 Chevrolet knows all too well that the slightest issue could take away all of his bonus points. This happened …read more

Robbins: Let nature take its course, but give it a hand when transitioning to grey hair