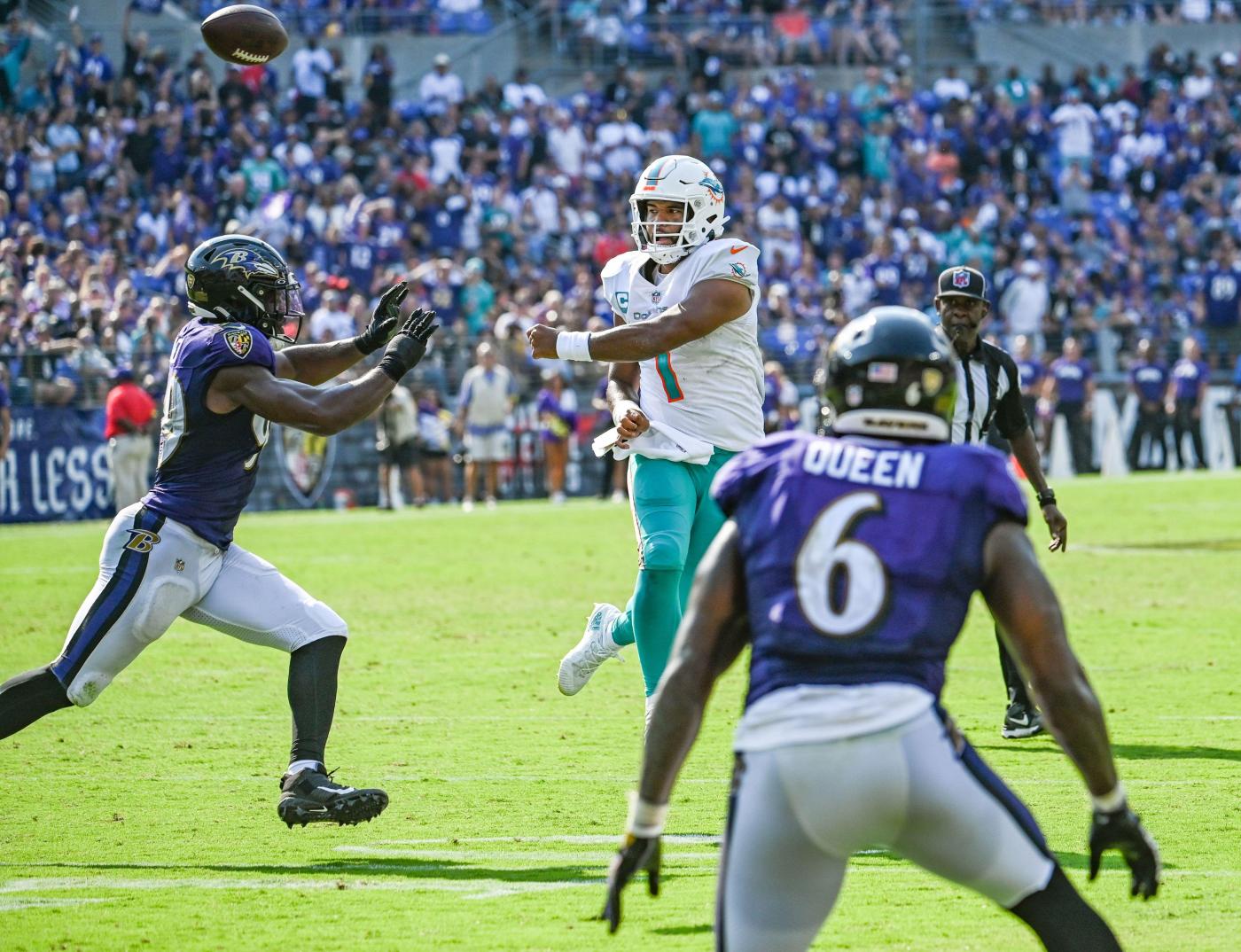 Shell’s signing, which was reported by ESPN as an expectation last week, adds an offensive line option to help shore up starting right tackle Austin Jackson (ankle) being placed on the short-term injured reserve list last week. Jackson must miss at least four games, starting with Sunday’s 42-38 victory at Baltimore.

Greg Little started at right tackle and performed well Sunday against the Ravens.

The Dolphins’ starting offensive line, which entered the Baltimore game with Jackson sidelined and left tackle Terron Armstead questionable with a toe injury, stayed intact for all 71 plays at Baltimore with center Connor Williams at center, Liam Eichenberg at left guard and Robert Hunt at right guard.

Quarterback Tua Tagovailoa was only sacked once during his career-best day at Baltimore, and the Dolphins had a respectable 86 yards rushing on 18 carries (4.8 yards per carry).

Among the notable numbers for the Dolphins’ snap count at Baltimore, tight end Mike Gesicki had 44 snaps (62%), most among tight ends, followed by Durham Smythe’s 35 snaps (49%) and Tanner Conner (one snap; was listed at wide receiver). Tight ends Cethan Carter (concussion protocol) and Hunter Long (illness) were inactive.

Running backs Raheem Mostert (39 snaps) and Chase Edmonds (36) were about equal in snaps while full back Alec Ingold had 25 snaps (35%), which shows

Defensively, safety Jevon Holland and linebacker Jerome Baker were the only ones to play all 59 snaps. Cornerback Xavien Howard played 52 snaps (88%) while cornerbacks Nik Needham (26 snaps, 44%), Kader Kohou (25 snaps, 42%) and Keion Crossen (20, 34%) all got a good amount of playing time.

Quick look at showdown ahead

Dear Abby: I get so anxious when he uses my bathroom. Should I say something?