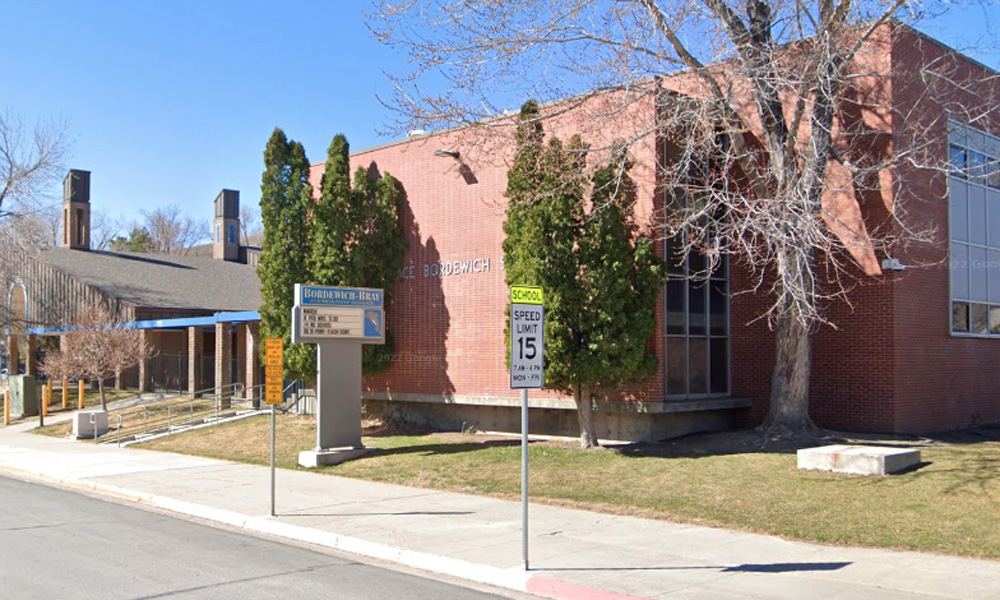 A man who boarded a Nevada school bus to threaten a 9-year-old boy who flipped him off was arrested — as was the bus driver who reportedly let him do it.

The angry man told the boy he was carrying a gun and said, “People shoot people for those kind of things,” according to the report from the Carson City sheriff’s office. The man later told a deputy that his holster was empty at the time.

The confrontation occurred at 8:15 a.m. Wednesday on the bus outside Bordewich-Bray Elementary in Carson City, the Reno Gazette-Journal reported.

As the load of children was about to be let off, 54-year-old Michael Baxter boarded the bus and demanded to be told which child had raised a middle finger toward him as he was driving. A fourth-grade boy said he had.

Video from the bus reportedly showed that Baxter lectured the boy loudly about disrespect and gestured toward a holster on his hip as he spoke of people being shot “for those kind of things.”

The bus driver not only allowed Baxter onto the bus but joined in the harangue, asking the boy: “What are you doing? Do you want to get your head caved in?”

The children were allowed off the bus only after the boy became scared and started to cry.

When interviewed by a sheriff’s deputy, the bus driver, James Blueberg, said he knew Baxter because their sons had played football together and that he let him on the bus because the child needed “a life lesson,” the report said.

Baxter, who was contacted at his home, told the deputy he “wanted to teach the kid because the kid’s parents clearly weren’t teaching him the right way.” He admitted telling the boy he was wearing a gun but contended that he had left the firearm in his pickup truck and was gesturing toward an empty holster. He said his 3-year-old grandson was in the truck during the incident.

The boy told the deputy he had flipped off the driver behind their bus after his cousin told him to.

Concord’s Out the Dough cookie dough shop expanding to Martinez

Kyle Pitts Reacts to Lack of Targets for Falcons