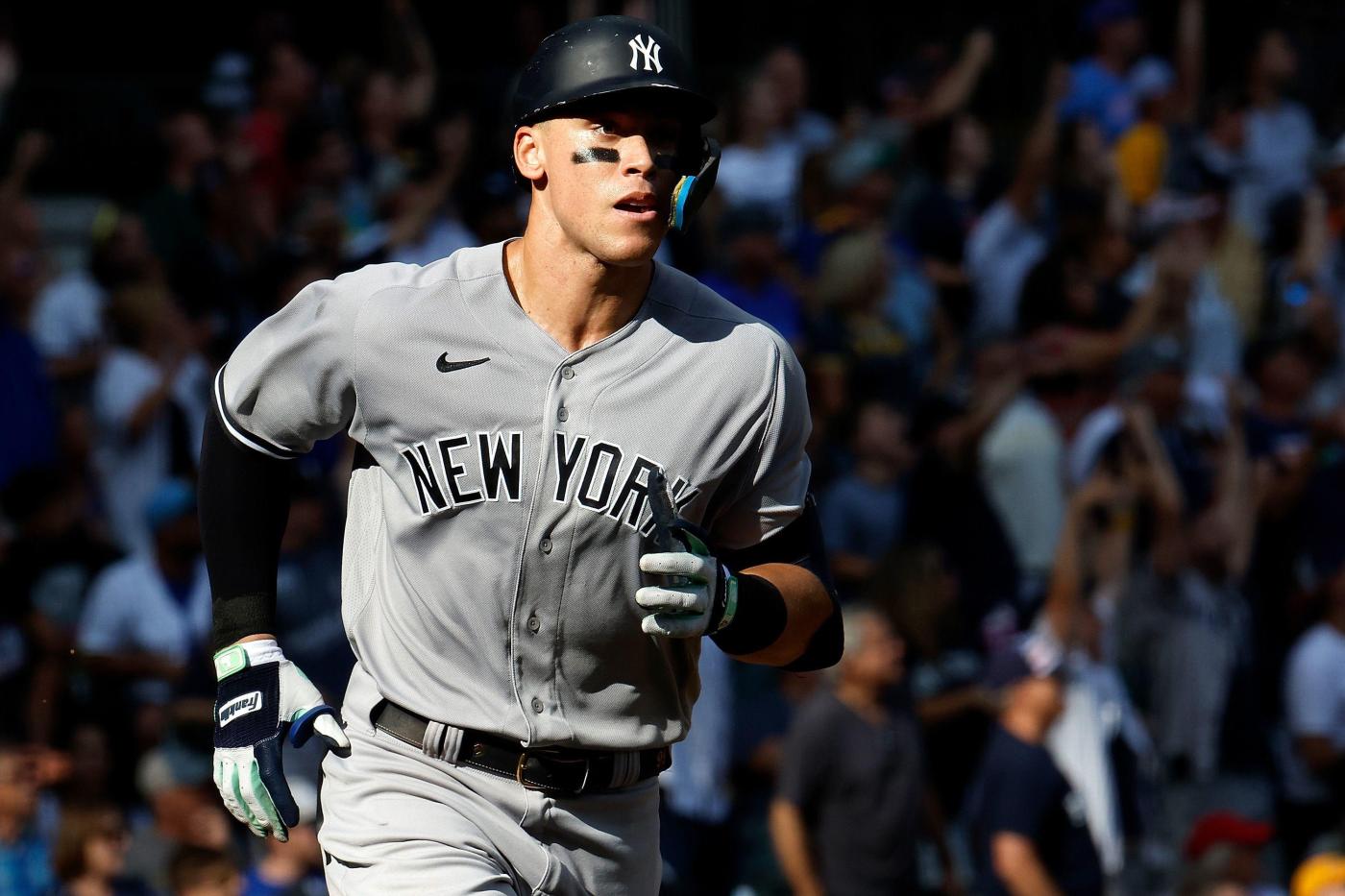 The day when Aaron Judge arrived at the threshold of 60, got to a home run place in New York sports history with No. 59 that has only ever been matched by two hitters — Babe Ruth, Roger Maris — made him the headliner on Sunday. The biggest story. Just not the only story. Even making more history the way he did, standing taller than ever over the rest of the home run crowd the way he has all season, even on the day when No. 99 got to 59, he was only a part of one of the great days we have had in New York sports in a very long time.

“I think we had a day like this a few years ago,” a friend of mine who works in sports said late Sunday afternoon, “but for the life of me I can’t remember when it was.”

Because while Judge was hitting two more against the Brewers the Giants were going to 2-0 at MetLife Stadium against the Carolina Panthers. And it wasn’t even the biggest moment in pro football in New York and Jersey, because all the Jets were doing in Cleveland was coming all the way back from 30-17 with 1:55 to go against the Browns at the end. They sure did come all the way back. Joe Willie Flacco (307 passing yards, four touchdown passes) threw two touchdown passes in 60 seconds of game time, with a recovered onside kick in the middle.

About an hour after that, when Trevor May got the Mets their 20th strikeout of the day against the Pirates, the Mets had stayed ahead of the Braves with a 7-3 victory. It wasn’t easy, because hardly anything ever is for Buck Showalter’s Mets, even against friends from low places like the Pirates. This was an afternoon at Citi Field when first the Pirates came back from 0-3 to tie the …read more

Dave Ramsey’s money advice served my family well, but I finally had to ignore it to take control of my finances