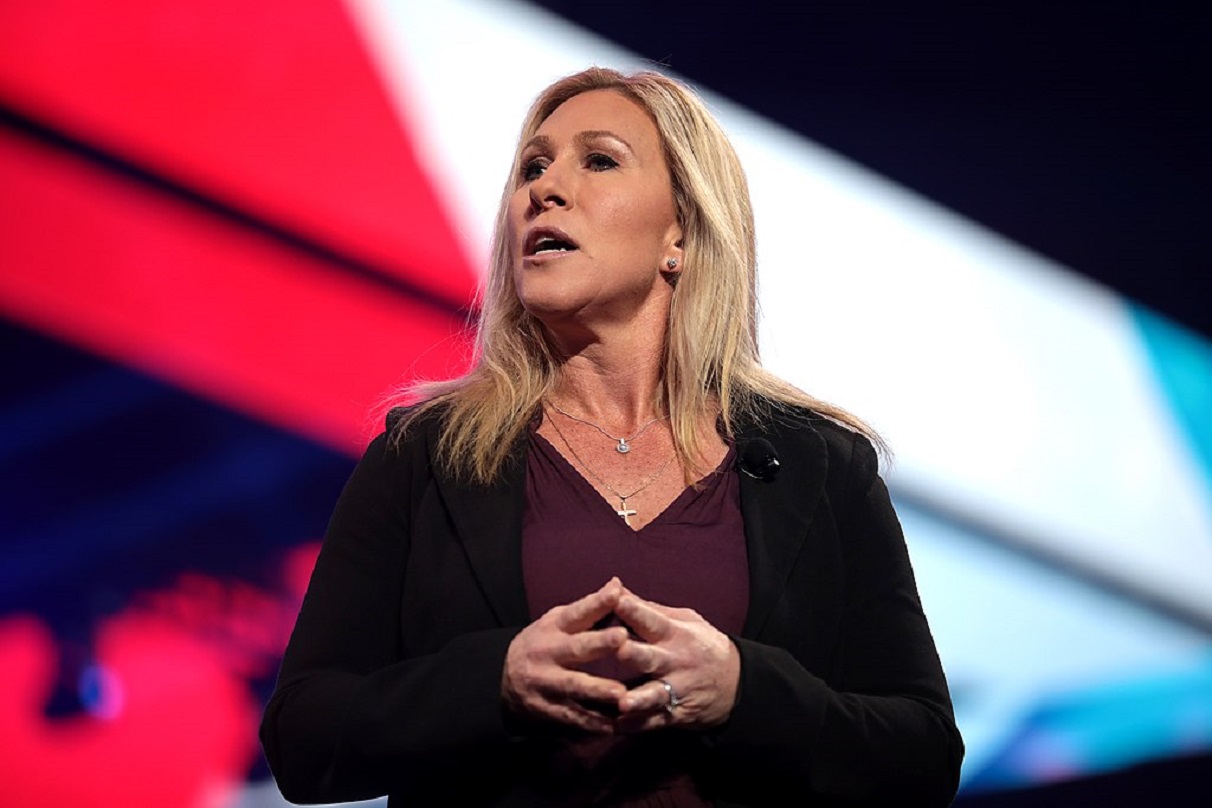 Wheel of Fortune mainstay Pat Sajak, a Vietnam veteran who specializes in witty repartee with Wheel guests, posed with Rep. Marjorie Taylor Greene and conservative RSBN (“Right Side” Broadcasting) host Brian Glenn — and the picture is making some people want to “change the channel.”

That’s largely because Taylor Greene has said she “voluntarily aided and engaged in an insurrection” in the days between being sworn into Congress on January 3, 2021, and the January 6 attack on the Capitol. Insurrection, despite what you may have heard, is still frowned upon by the vast majority of Americans — and law enforcement.

Glenn captioned the pic: “Had the pleasure of meeting the #goat himself Pat Sajak last night a dinner. Definitely a television icon. “Oh ,and the great Al Michaels was with him. Incredible,” Glenn added. Sajak is a longstanding conservative politically.

The photo seems to have been taken at Mastro’s Steakhouse in Beverly Hills, where a huge number of celebrities tend to get their photos taken. However, not everyone who goes to Mastro’s Penthouse, the elite and exclusive room at the already elite Mastro’s, believes what Taylor Greene believes — especially about LGBTQ rights, which the congresswoman doesn’t support. Not these customers, presumably.

Mastro’s — a Hollywood staple — is open to all people and doesn’t discriminate (as long as you have the money.) No telling if Greene interacted with some of the other welcome customers. Photos above and below are from the restaurant’s own Instagram.

Hazardous ‘forever chemicals’ are in our water, food, and air. Here are 6 simple ways to reduce exposure at home.